Why Loki Is Mocking 'Space Lizards' in New 'Loki' Clip

Why Is Loki Mocking “Space Lizards” in This New Loki Series Clip? 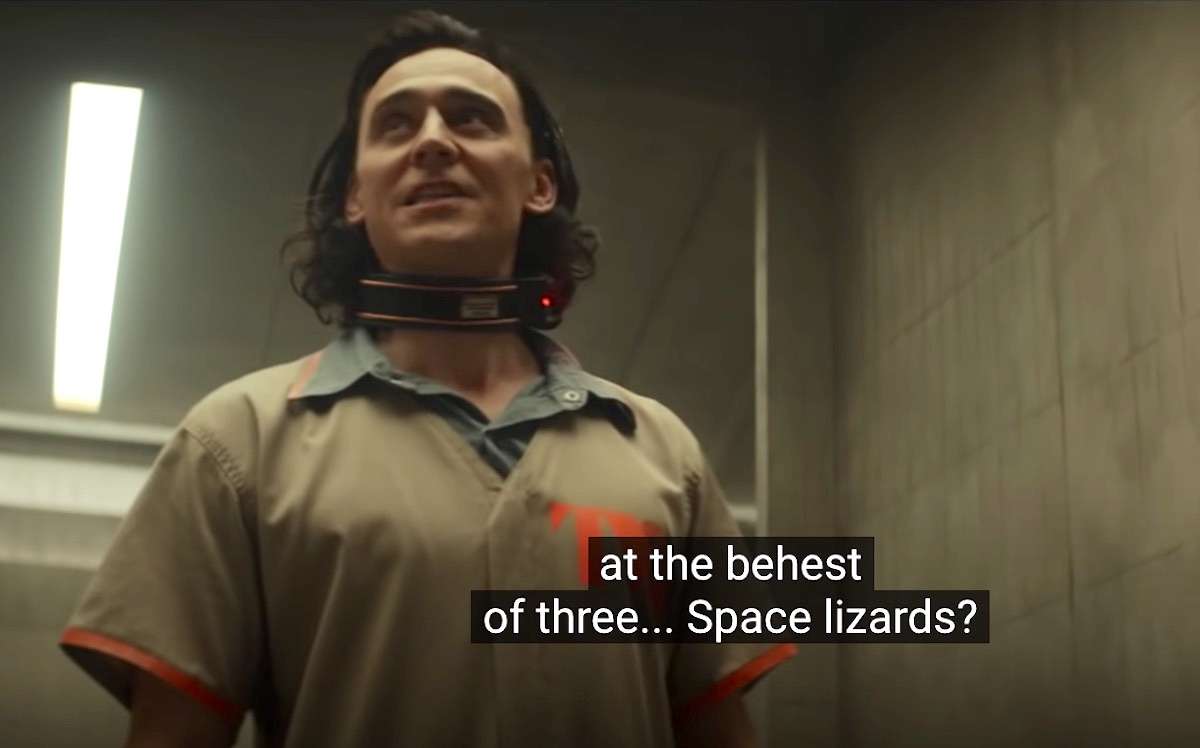 We now have a full clip of a scene from the upcoming Marvel Studios/Disney+ Loki series, and it showcases the first meeting between Loki (Tom Hiddleston) and Time Variance Authority agent Mobius M. Mobius (Owen Wilson). Even in just a little over a minute, a lot is happening, including a derisive reference to “space lizards.” Let’s take a look.

It would appear that Mobius has removed this “Loki variant” from a situation where he was going to be killed in TVA custody, and is now taking him “someplace to talk.” Mobius seems to have Loki’s number—or thinks he does—as he’s spent a long time studying the errant God of Mischief. When Loki snaps that he doesn’t like to talk, Mobius says, “But you do like to lie. Which you just did. Because we both know … you love to talk. Talky, talky.” He’s got you there, Loki.

The chemistry between Hiddleston and Wilson is already crackling and they seem like they’ll be hugely fun to watch together on screen. It’s also nice to see Loki talk to someone who isn’t afraid of him and anticipates his tendency to bloviate. In the past, we’ve only really witnessed Loki’s brother Thor and his mother Frigga as people who can see through him, but Mobius is not family and his all-knowing stream of information helps to make him somewhat impervious to Loki’s tricks.

We also learn that time passes differently at the TVA, and that Loki already knows about the organization. (This would actually track with some comics canon; the TVA was first introduced in 1986 in the pages of a Thor comic.) In fact, Loki summarizes their mission with disdain: “So you’re part of the TVA’s courageous and dedicated workforce? You were created by the Time-Keepers to protect the sacred timeline?” When he laughs at this and Mobius asks him if he thinks it’s funny, Loki does indeed seem to think that. This is where the space lizards come in:

“The idea that your little club decides the fate of trillions of people across all of existence at the behest of three … Space lizards? Yes, it’s funny. It’s absurd.”

What’s that about space lizards?! Well, Loki already named them: the Time-Keepers, a trio of incredibly powerful beings who watch over all known realities and timelines. Technically, they were created at the end of time itself in the far distant future, but the flow of time has little meaning here. These ambiguous, godlike figures have nearly unlimited abilities to impact time, and answer to no authority.

They’ve been known to want to destroy all other timelines and realities so that they can remain the sole guardians—they can be a problem for the Avengers, and also have ties to the villain Kang the Conqueror. There was also a trio of even more openly villainous beings, the Time-Twisters, whom the Time-Keepers replaced. Got all that? Also, Loki’s not wrong: the Time-Keepers do look quite a bit like space lizards.

We’ve already seen the Time-Keepers in Loki promotions, or at least representational renderings of them. On reddit, user zaqwasick mashed up comic depictions with an image of Gugu Mbatha-Raw’s Judge Renslayer sitting in front of statues of Time-Keepers Xanth, Ast, and Vorth: 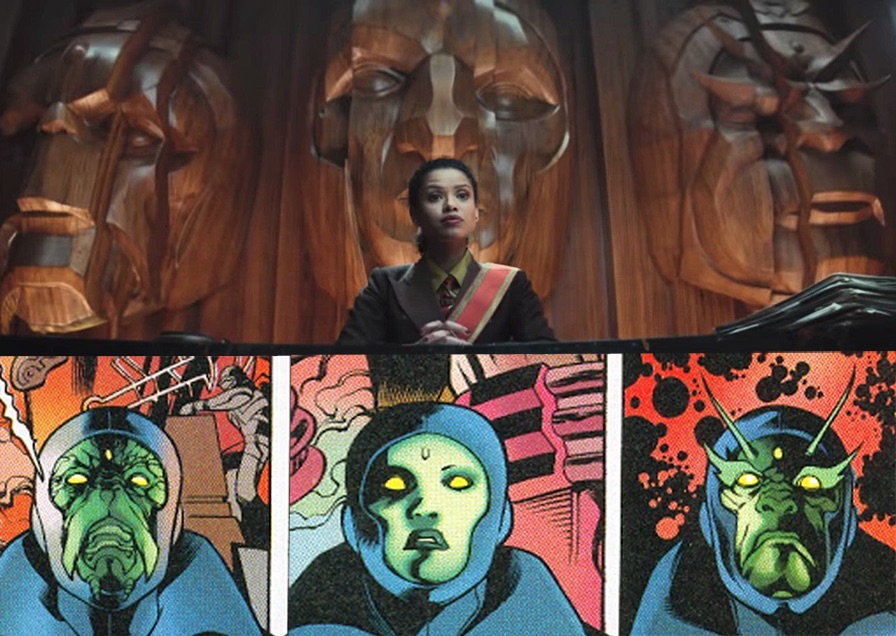 Since they are prominent in the TVA’s very building blocks and Loki brings up the Time-Keepers early on, it’s safe to assume these guardians play some sort of important role in Loki. Unless they’ve been replaced by the nefarious Time-Twisters?

Either way, we’re sure they’ll absolutely adore Loki, because what powerful master over time itself doesn’t love being called a space lizard?