Loki Got an Important Lesson From the TVA 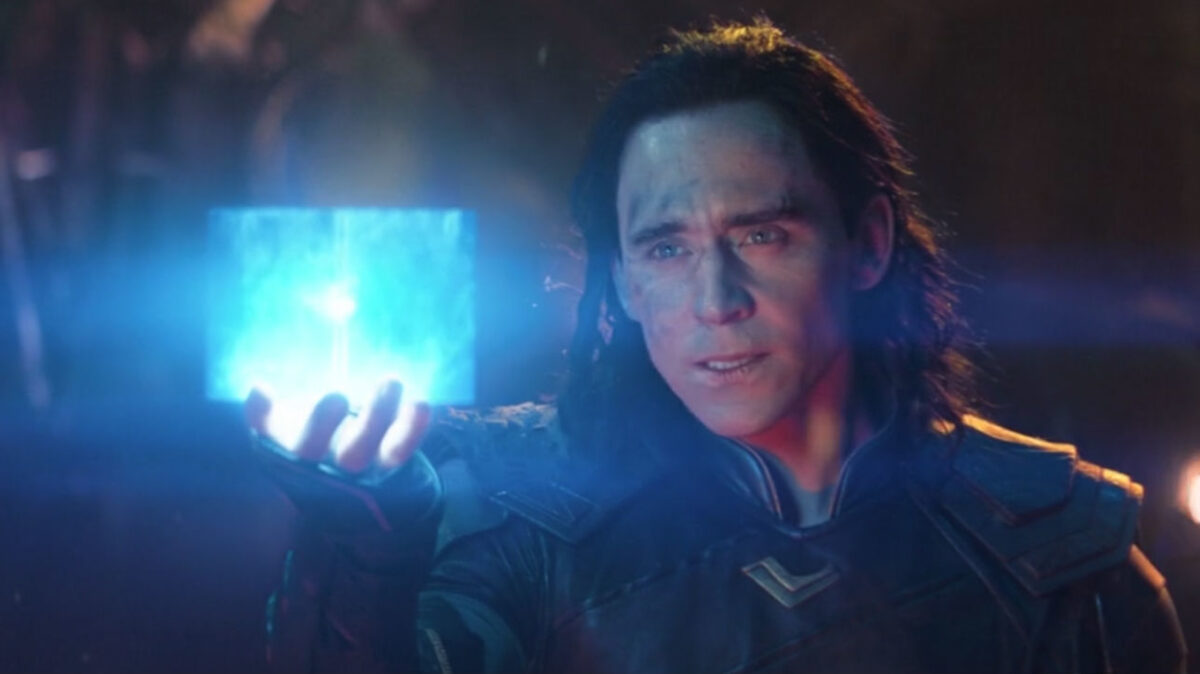 We got our first glimpse of Loki this week and with it came a lot of realizations for the God of Mischief, including what his counterpart was capable of and how loved he was. But a fascinating look at the wider universe and the power of the Time Variance Authority arrived in a small yet still crucial scene when he encounters a drawer full of Infinity Stones. For me, this was a moment in the pilot episode, “Glorious Purpose,” that really stuck out.

So let’s get into the significance of the Infinity Stones to Loki and the TVA.

**Spoilers for the Loki episode “Glorious Purpose” lie ahead. Read on with caution.**

Loki brings the Tesseract with him to the TVA when they capture him and when it gets thrown down on Casey’s (Eugene Cordero) desk, Loki makes its importance known. He all but yells at Casey to look after it and Casey just sort of moves it and Loki is ushered into the next room. And that’s because, to Casey, that Tesseract is just another piece of nothing to the TVA. They collect all kinds of powerful artifacts that are meaningless between the building’s walls.

Later on, as he attempts to escape, Loki sees that Casey has a drawer full of what looks like discarded Infinity Stones, and he’s told that they’re sometimes used as paperweights at the TVA. In a moment of pure anguish but also growing wonder for Loki, he realizes that to the TVA, he really is powerless. And the most powerful stones in the universe, that loomed large over most of the Marvel movies and Loki’s own pursuits, are essentially worthless baubles in this new reality. Loki has to come to grips with the concept that the TVA just has a collection of Infinity Stones because they mean nothing there, but also the agency’s enormous reach is such that they can just scoop them up at will.

When Casey tells Loki that some guys use them as paperweights, at first, you probably laughed. But then when you stop and think about it, too many characters we loved died because of those stones for that to not hurt. And in Loki’s eyes, something he was willing to protect over everything else for its power means absolutely nothing to the Time Variance Agency. They’re more capable of feats than anything he has encountered before or could even begin to conceive of. That’s when the reality of where he is really starts to sink in, and that everything that held significance for him before has no place in the TVA.

It’s especially hard when you know that Loki then goes and watches his own death trying to PROTECT the Space stone from Thanos. Loki realized that something that destroyed lives is so much loose change to the TVA. He’s confronted with the fact that he is likely going to have to do whatever the TVA asks of him and that’s that. Now, since it’s Loki, we know that he still probably has a plan or 20 up his sleeve, but this was one of the few times we’ve seen him flummoxed and totally out of his element.

natasha sacrificed herself for an infinity stone and they just use them as paperweights, im not okay… pic.twitter.com/vSbz6xMCHF

the tva watching wanda kill vision to destroy an infinity stone while they have a bunch and use them as paper weights pic.twitter.com/6HzntV6r57

The Infinity Stones don’t have power at the TVA, just like Loki doesn’t. But that doesn’t mean it doesn’t HURT that Loki, Frigga, Vision, Gamora, Natasha, and many, many more died because of them. And the TVA just has them as little jokes floating around the office. Imagine if the Funko on your desk was a world-destroying weapon in another universe and you’re just like “Oh this thing? He falls all the time because his head is too big but lol okay.” That was Loki’s first day at the TVA.