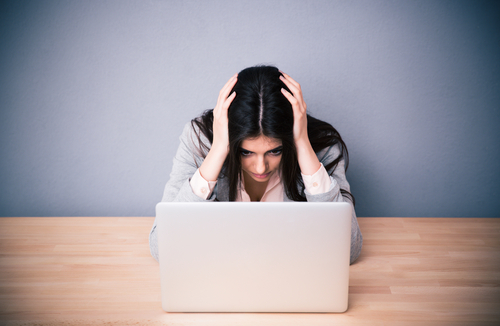 Depression sucks. It’s terribly painful, exhausting, numbing and boring all at once. During a major depressive episode earlier this year, I slept too much, barely showered and struggled to concentrate on simple tasks. Living became more a case of existing at best, and feeling internally and inexplicably tortured and suicidal at worst. I was unable to function properly and I dropped out of varsity and sought professional help. My recovery took over a year.

In between therapy and self-care, my boredom and inability to concentrate meant I did the obvious thing: I checked my Facebook and Twitter accounts every three minutes. I watched YouTube videos and streamed documentaries. I read articles from reputable online sources as well as the not-so-occasional clickbait article. I finally felt some kind of mental engagement and enjoyment, which is not surprising given that we get a nice dopamine hit when we interact online.

I had noble aims of improving my knowledge of history and politics. I wanted to know more about Hitler and world war II because it had a huge impact on technological advancement and women’s rights. As I researched, my focus changed from education to a morbid fascination with death, genocide and the dark side of humanity. I then started watching documentaries on serial killers and homicide.

What drove people to kill? I had to find out to reassure myself that it is safe to exist in this world. YouTube, with its sophisticated recommendation technology, would tempt me with links to videos titled too enticingly to ignore. The websites I frequented also provided me with articles related to my morbid interests. Thanks to suggestion algorithms picking up on my odd fascinations, my online world narrowed to demonstrate and reinforce my belief that people couldn’t be trusted and that the world was generally a messed-up and dangerous place. I wondered if the darkness I felt emotionally was indicative of my natural human trait to be morally corrupt.

Switching between different social media sites, videos and articles have been associated with symptoms of depression and anxiety. Multitasking in this way scatters focus, which does nothing to improve the cognitive side effects of depression. Furthermore, social media portrays an image of others thriving, having fun and just being cooler than you. Young people who spend more time on Facebook feel less satisfied with their lives. Although you may know that everyone is putting their best digital foot forward, it is easy to forget that what we see is curated, especially when emotionally and mentally vulnerable. I saw my friends get engaged, publish papers, go out and travel. I saw the world that despite my efforts, I couldn’t be a part of—which just reinforced the thinking that perpetuated my depression.

Once I realized this, I deactivated my Facebook account and stopped using Twitter. It became a bit easier to be more forgiving of my perceived shortcomings when I was not reminded of the things I was missing out on.

My friends and family noticed that I was watching a lot of war and crime shows and told me to stop. I tried watching comedies and sitcoms but found it difficult to resist the recommendations suggested to me online. Given how bleak social media made me, and how hard it was to stay away from war documentaries, I decided to limit my online activity to checking the weather and asking Google to define a word. I suddenly had a lot of time on my hands, which gave me the space to process my difficult thoughts and socialize face-to-face with people who reminded me that there are people who are trustworthy. I found it easier to relax my racing mind and understood how harmful online time was to my recovery.

I am much better now, and still spend a lot of time learning and entertaining myself online. But I seek out content that highlights the better aspects of humanity. My YouTube recommendations consists of music videos, cats and science videos. I read about space exploration, religion and psychology. I still have my morbid fascinations but I am careful not to indulge them too regularly. Now that I feel like inhabit the world again, I enjoy curating my social media persona to put my own best foot forward.

Nadia is studying towards her Master’s degree in ergonomics and is based in Grahamstown, South Africa. Her passions include mental health advocacy, cats, geekery and feminism. Follow her on Twitter.