Review: Logan on Blu-ray Inspires With New Insights Into the Brilliant Film 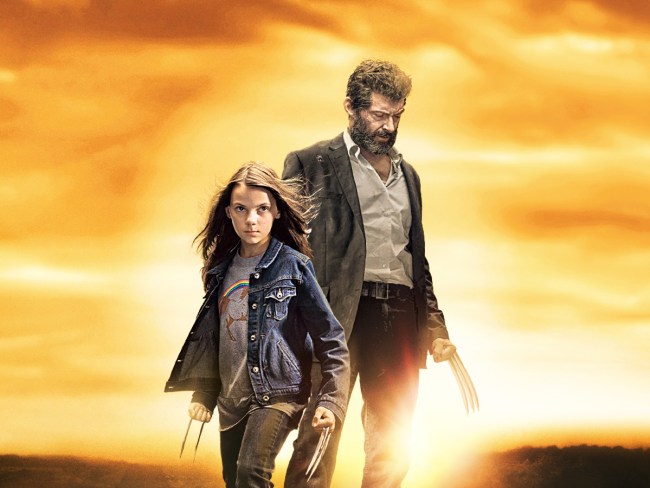 If you’ve seen  Logan in theaters, you already know what a brilliant film it is. You may have even been lucky enough to see the black-and-white version of the film, dubbed Logan Noir. If you haven’t seen it in theaters, I’m here to tell you that your life is less full because of it. BUT THERE IS HOPE. Logan is out NOW on Blu-ray/DVD/Digital HD, so you can remedy that situation immediately.

The film itself is, of course, a masterpiece not just of superhero storytelling, but storytelling in general. You can read our review of the film here, and I will just say that if both Hugh Jackman, Patrick Stewart, and Dafne Keen aren’t nominated for Oscars for their work in this film, there is no justice in the world.

This Blu-ray/DVD/Digital HD combo pack includes not only the original theatrical cut of Logan, but Logan Noir on a separate disk! So if you’re like me, and you couldn’t catch that version in theaters, you can now enjoy it in the comfort of your own home. It’s worth it. The black-and-white thing might seem a little gimmicky, but when you watch it, there’s a subtle shift in the film’s vibe. It doesn’t take away from the original film at all, but it adds an interesting, melancholy layer to the film that is worth experiencing.

And then, of course, there are the all-important special features (as if an entirely different version of the film weren’t special enough!):

Deleted Scenes: These are always a mixed bag no matter what the film. You have the scenes where it’s clear why they got cut (they’re bad, they don’t serve the story, etc), and you have the scenes that were likely just cut for time, but that you wish had made the cut. Logan is no exception. The scenes that got cut involving Caliban and the villains of the story are nothing that will be missed. (If I have one complaint about this film it’s the antagonists. It was kind of a waste of Richard E. Grant.) However, there’s one deleted scene titled “Logan Gets a Ticket” and another called “Bobby’s Action Figures” that I’m sorry didn’t make the final cut. Each of them highlight themes from the film in really beautiful and poignant ways.

“Making Logan:” This Blu-ray doesn’t have behind-the-scenes featurettes….it has a behind-the-scenes feature documentary! “Making Logan” is about an hour and a half long and gives you really great insight into what went into making the film, and what time on the set was like. Watching it just made me that much more jazzed to watch the film again, because it really drove home the level of talent and detail and craft that went into the making of Logan. It was inspiring.

Logan is now not only available in 4K Ultra HD, Blu-ray, DVD, and Digital HD, but it’s also available via FandangoNOW, Fandango’s streaming service that allows movie fans to view their favorite movies before any other streaming service without a subscription.

So, you’ve got options people, and zero excuses. Get on seeing Logan if you haven’t already. Your life will improve immensely.