Yes. Technically Speaking, Someone Found *A* Monster on the Bottom of Loch Ness. 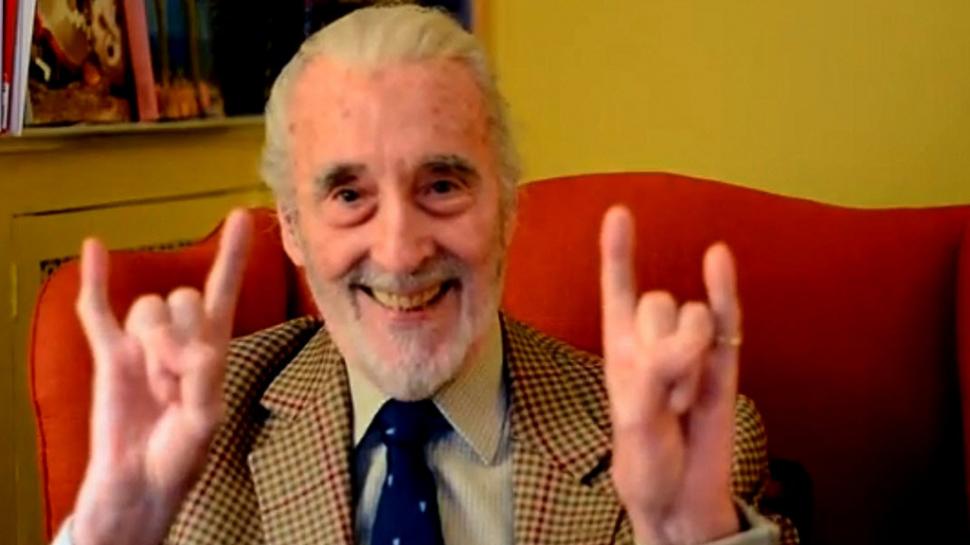 Image: Christopher Lee being a BAMF

Last January we reported on “Keith’s Abyss,” a massive crevice that Keith Stewart, skipper of a local tourist sightseeing boat, claimed to have discovered at the bottom of Loch Ness. Using sonar, Keith estimated his eponymous trench had a depth of 889 feet, which, had he been correct, would have been a new deepest point for the lake.

Keith’s findings were recently examined as part of a collaboration between VisitScotland and The Loch Ness Project, an ongoing investigation into the loch’s ecology headed by naturalist Adrian Shine.

According to readings taken by a sonar-equipped Munin drone supplied by Kongsberg Maritime that performed a sweep of the bottom of the loch, Keith’s findings were inaccurate, and the deepest part of Loch Ness remains, as previously thought, 754 feet. However, the drone did find something pretty cool at the bottom of the lake. As Shine explained to BBC News Scotland’s website, “We have found a monster, but not the one many people might have expected.”

Instead, the drone uncovered an ill-fated, 30-foot-long monster prop built for the 1970 Sir Christopher Lee movie The Private Life of Sherlock Holmes. According to Shine, the model sank during filming as a result of director Billy Wilder’s hump hubris:

The model was built with a neck and two humps and taken alongside a pier for filming of portions of the film in 1969. The director did not want the humps and asked that they be removed, despite warnings I suspect from the rest of the production that this would affect its buoyancy. And the inevitable happened. The model sank. We can confidently say that this is the model because of where it was found, the shape – there is the neck and no humps – and from the measurements.

In The Private Life of Sherlock Holmes, Sherlock, played by Sir Robert Stephens, heads to Scotland as part of an investigation into a missing engineer. While at Loch Ness, Dr. Watson (played by Colin Blakely), claims to see the Loch Ness monster, which is so typical Watson. 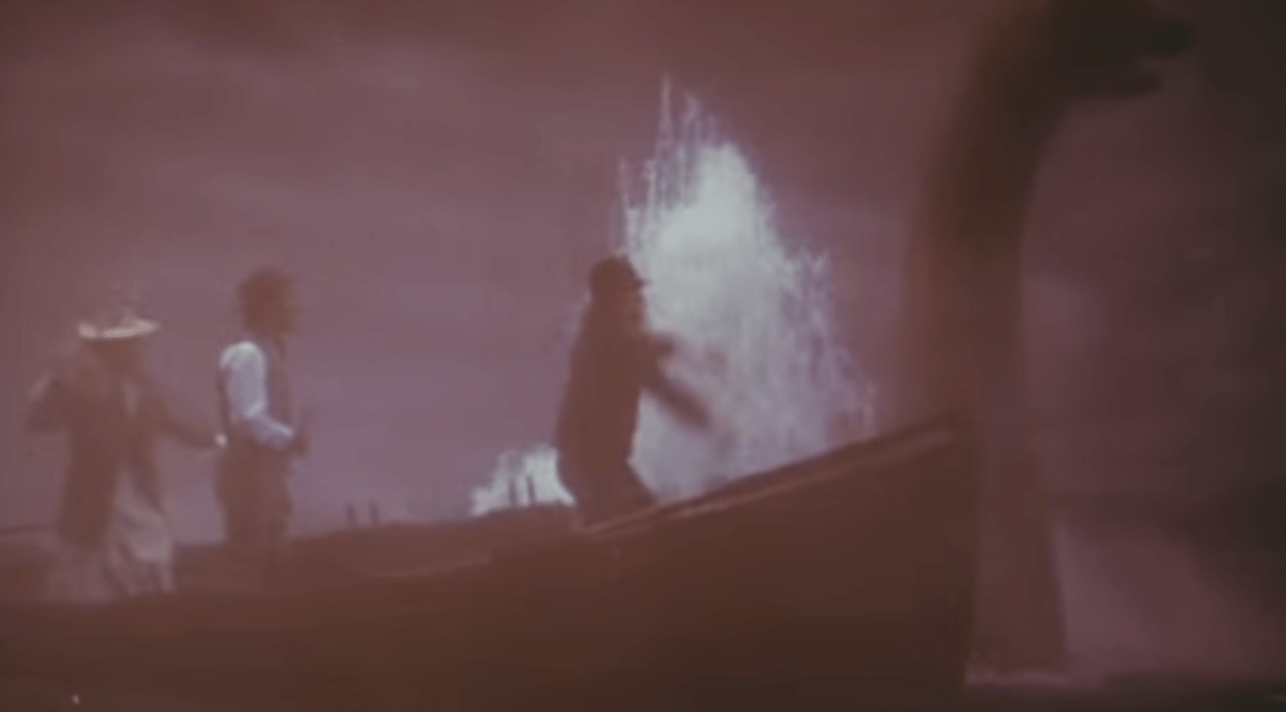 Image: Watson makes a friend in The Private Life of Sherlock Holmes

It’s eventually revealed that what Watson spotted was instead a submarine designed to look like Nessie, and built by Sherlock’s brother, Mycroft (Sir Christopher Lee).

The sunken prop was built by special effects artist Wally Veevers, who also brought his talents to 2001: A Space Odyssey, Dr. Strangelove, and The Rocky Horror Picture Show. The BBC writes of Veever’s creation:

It sank on its first outing on the loch while being towed behind a boat.

Wilder is said to have comforted Veevers after watching his creation disappear beneath the waves.

The director, who had also been dogged with problems lighting scenes at Loch Ness, had a new monster made – but just its head and neck – and moved the filming to a large water tank in the film studio.

As far as verifiable Loch Ness discoveries go, this one’s pretty awesome. Much of the talent that worked on The Private Life of Sherlock Holmes has since retired or passed away, so this is a sweet, unexpected reminder of a very particular time in Hollywood. No matter what, Loch Ness satisfies some sort of communal desire for mystery and belief in magic that humans seem to have, and it’s nice to see that somewhat rewarded for once, even if only in the most technical of terms. As Malcolm Roughead, chief executive of VisitScotland, told The BBC:

No two areas around or on the water feel the same – whether it is a sense of awe at the beauty of the scenery or a feeling of anticipation at what might surface from below the waters.

We are excited to see the findings from this in-depth survey by Kongsberg, but no matter how state-of-the-art the equipment is, and no matter what it may reveal, there will always be a sense of mystery and the unknown around what really lies beneath Loch Ness.

(via Uproxx, featured image via Imgur)