New Notes From the Trial of Lizzie Borden Discovered 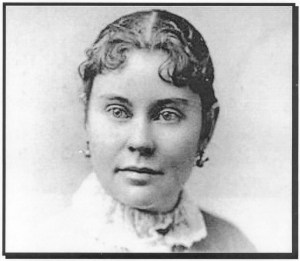 It had seemed like a cut-and-dry case: Back in 1892, Andrew and Abby Borden were found murdered in their home. A few days later, a hatchet missing its wooden handle was found and Andrew’s daughter Lizzie was talking about burning the dress she wore the day of the murders because she got “paint” on it. The day before the murders, Andrew’s daughter Lizzie had sought out cyanide at the pharmacy. To “clean a seal skin cloak,” you see. But also, Andrew — known as being miserly and eccentric, refusing to install indoor plumbing — was giving Lizzie some trouble about how he was dividing up his property, namely, giving a lot of it to his second wife’s family and not his own daughters. And yet, a jury could not believe that this Sunday school teacher would hack up her family with an ax, so they acquitted her in a matter of an hour. There were never any other suspects or arrests, and Lizzie became a bit of a recluse in the community until her death in 1927. This is the story we know. But now, new notes have been uncovered that once belonged to the Borden family lawyer. Was Andrew Borden really the stingy weirdo he’s been made out to be all this time? And was he really giving Lizzie every reason to kill him, as the prosecutors (and history) have led the public to believe? Oh, it’s all up in the air now. Let’s take an ax to this old tale and see what the pieces tell us!

The notes, which were acquired by the Fall River Historical Society in Massachusetts, belonged to Andrew Jackson Jennings, the Borden family attorney. Jennings’ grandson, who passed away last year, had left the society the documents in his will. And while Jennings did not serve as Borden’s defense attorney, these documents provided the defense a lot of material for their case. And apparently, it was effective.

One major factor was dispelling the belief that Andrew Borden had something against his own daughters. To the contrary, the documents — in a leather-bound journal kept during the trial — mentioned that the elder Borden enjoyed corresponding with both of his daughters and receiving letters from Lizzie. Michael Martins, curator of the historical society, and author of Parallel Lives: A Social History of Lizzie A. Borden and Her Fall River along with Dennis Binette, said that the new notes are proof of the Andrew Borden they had come to discover through their research — that he was not a cheapskate who favored his second wife over his own daughters.

“It’s clear from what these people said that Andrew Borden was apparently quite concerned about his daughters’ well-being, and he often referred to them as his girls,’’ Martins said. “We know now that he was not a gentleman who deprived his daughters of much.’’

Since the case has remained cold since Lizzie’s acquittal, with no other suspects questioned or arrested, the true identity of the murderer has stayed a mystery. Some thought that these documents would provide a “smoking gun” in the case, proving that Lizzie planned and plotted the murder of her father and stepmother. But instead, it further backed up the defense. Was it the Bordens’ maid, Bridget Sullivan, who had claimed to be sleeping while the murders took place? Or was it Andrew’s illegitimate son, William, angry about being denied any of the Borden property?

The world may never know. But there’s always the theory about Lizzie’s “fugue state” period seizures being the root of all this. Don’t you hate it when you kill people during your period and totally forget about it? Weird, right?

(via Boston.com, extra information found at Find a Death, Wikipedia)