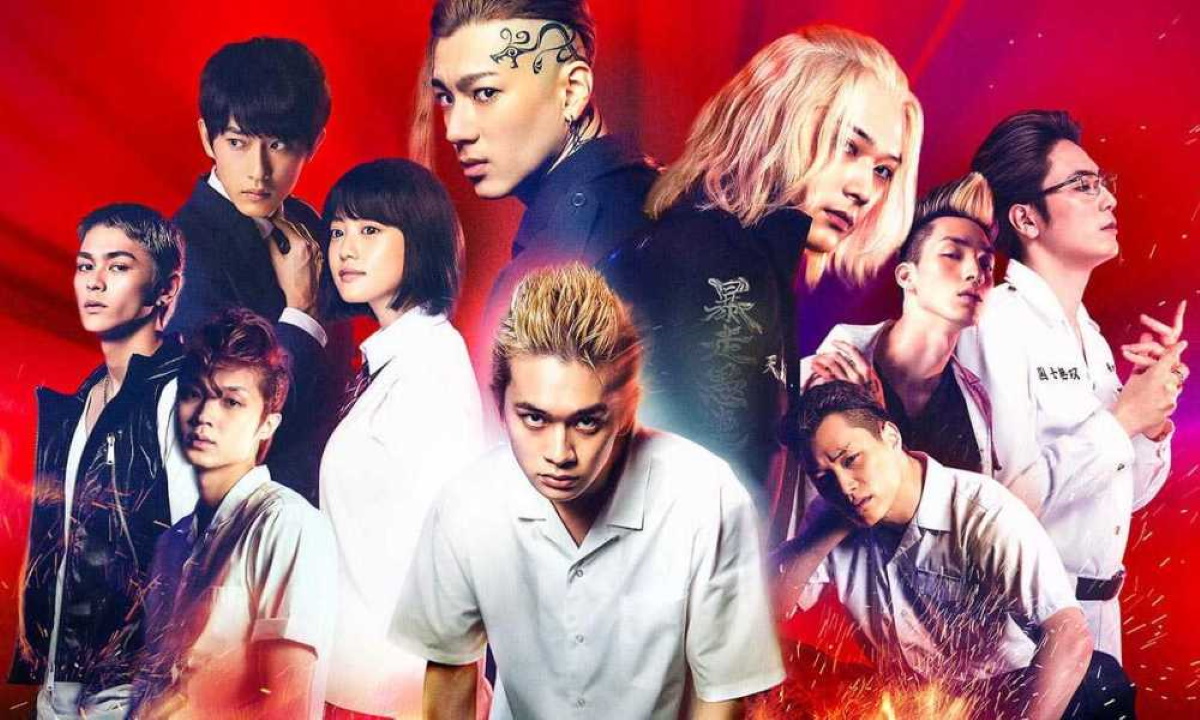 The Fantasia International Film Festival is going on right now, and there was one movie that was high on my list: the live-action Tokyo Revengers. I haven’t exactly been subtle about my love for this series, and after watching the movie, I truly hope it gets wider distribution.

As someone who watches the Tokyo Revengers anime and who accidentally binged as much of the manga as there was available, the movie is a pretty solid addition to the franchise. It works perfectly as a standalone release, tying up enough loose ends to leave viewers satisfied, but it also leaves room for a sequel (or several sequels) if you know what to look for. 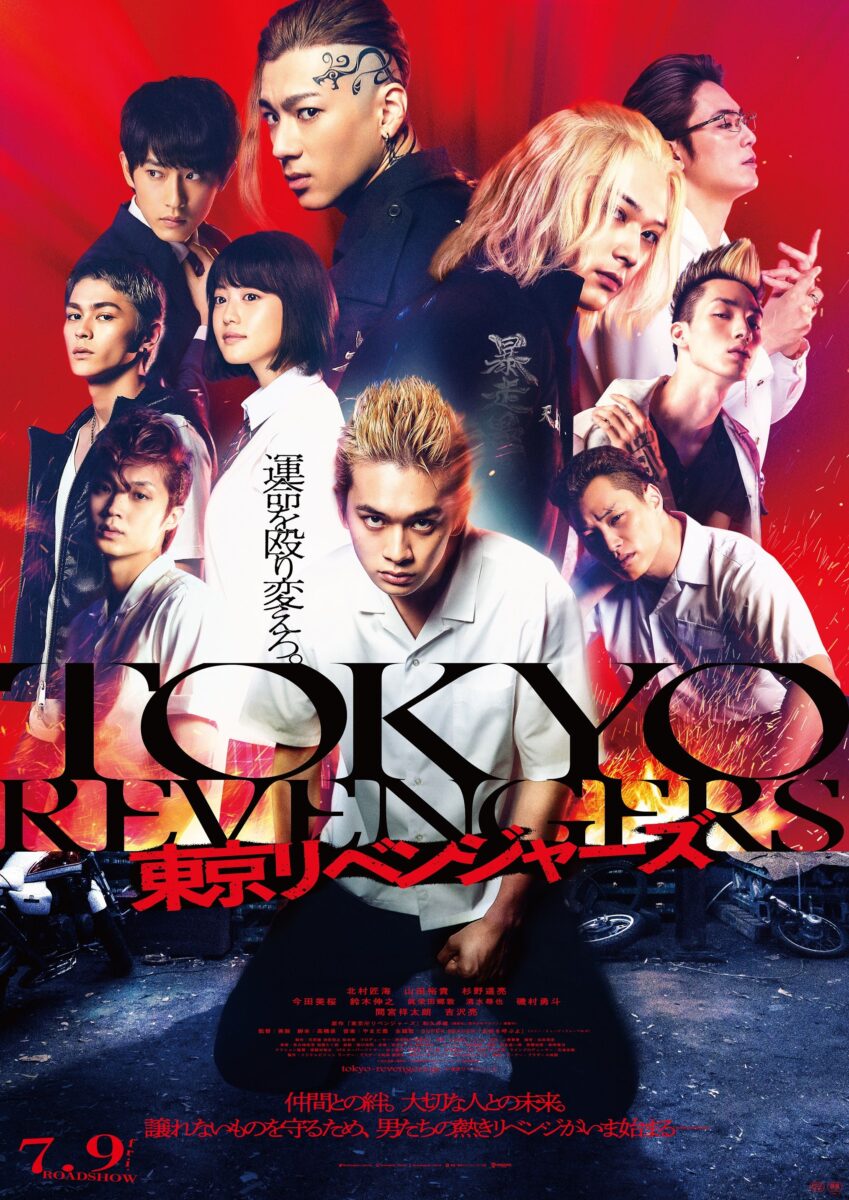 A naked, tattooed yakuza is bloodied and terrorized by a new breed of sharp-dressed gangsters in a luxury car. The Tokyo Manji Gang is flexing its muscle, and a furious conflict within the underworld is in motion. It even affects the life of Takemichi Hanagaki, a slovenly, cowardly loser in his mid-twenties, when he hears the news that his high-school sweetheart and her brother have been killed.Then Takemichi himself is attacked, pushed onto the subway tracks as the train barrels down on him. At the last second, however, Takemichi is transported 10 years into the past, becoming his tough, cocky teenage self again. He’s right back where the madness all started. He may just have a chance to change the future – if he can survive his own past!

An all-out, jawbreaking juvenile-delinquent battle royale combined with a high-stakes time-travel thriller, plus additional dashes of adolescent angst and romantic comedy, TOKYO REVENGERS, Ken Wakui’s enormously popular, award-winning manga debuted in 2017 and has since been adapted as a TV anime series, and now as Tsutomu Hanabusa’s live-action film version.

First and foremost, I have to say that the actors they got for this movie are SPOT ON for each of the characters they play. It doesn’t take long to root for Takemichi (Takumi Kitamura) as he tries to make sense of the situation he’s literally been shoved into before deciding to “take revenge” against his life. Meanwhile, Mikey (Ryo Yoshizawa) is the perfect mix of “adorable smol bean” and “explosive blond, do not cross,” while Draken (Yuki Yamada) is an absolute beast.

Everyone delivers on the range of emotion that comes with Tokyo Revengers, an underdog story that centers on a bunch of teenage good-boy delinquents with a whole lot of heart. 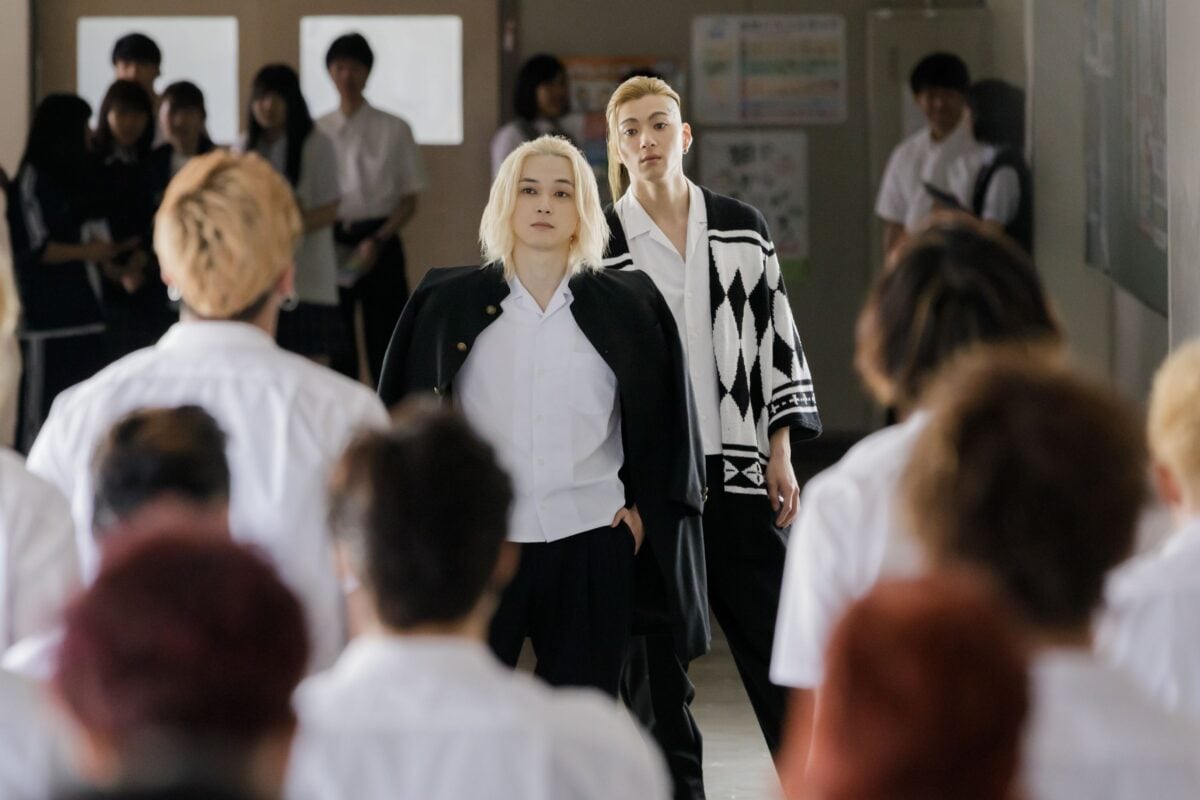 Tokyo Revengers, at its core, is a pretty ordinary story. Time travel is the only supernatural thing about it, but beyond that, these are just a bunch of kids getting in huge-ass fights while growing a bond with one another. The plot isn’t all that complicated, the characters are extremely likable, and the fights are devastating because of how brutal they are via punches, kicks, and the occasional baseball bat. (Not from Toman, though. They don’t fight like that.) Honestly, without the time travel, this is basically a film you’d pick up if you’re in the mood for solid street fights and great character interactions.

With the time travel, though, we have a whole new layer of storytelling that makes for a great sci-fi murder mystery. 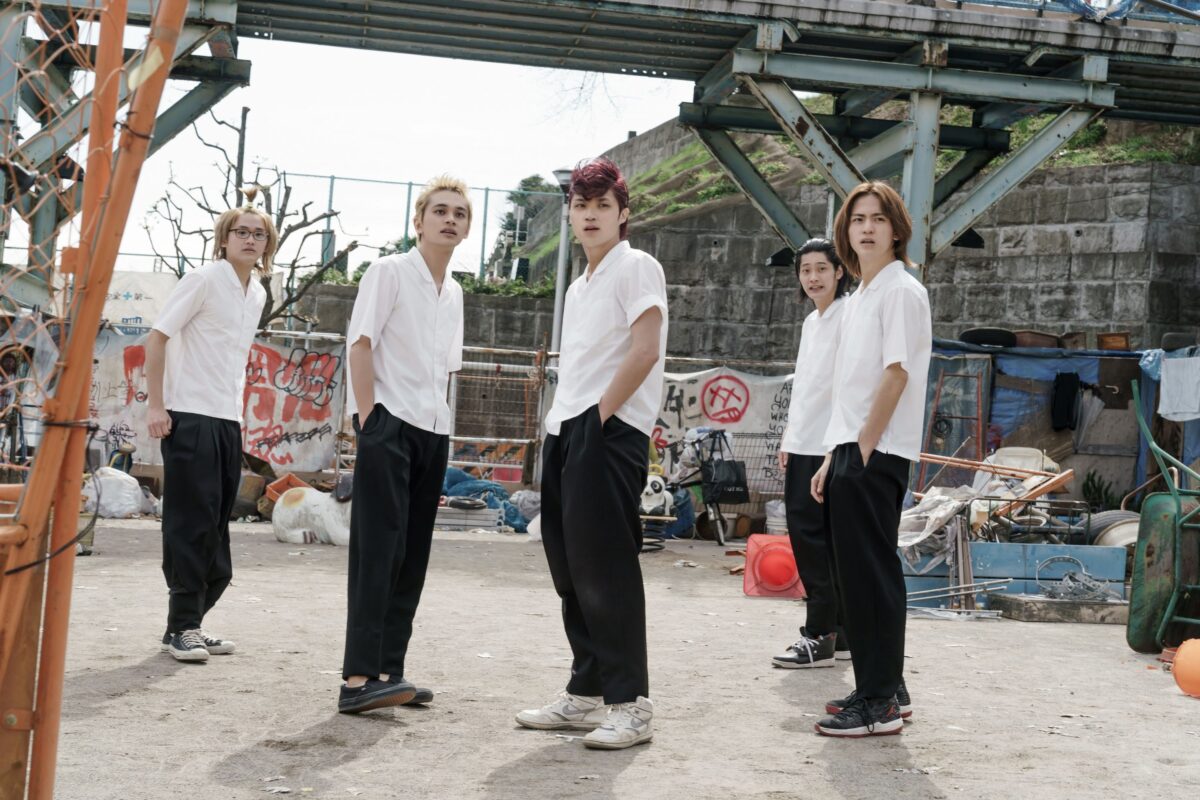 Alongside the fighting is a nice chemistry between the characters. Draken and Mikey are as close as they are in the source material, with Takemichi slowly starting to realize that Toman’s not so bad—at least they weren’t 10 years ago. Takemichi’s friends continue to be the best squad a beaten-up guy could ask for, offering camaraderie and comic relief when the story needs it. It’s also easy to see why Hina means so much to Takemichi. Furthermore, it’s easy to see how she inspires him to keep getting back up.

That being said, Takemichi ends up traveling back to fix things for more than just Hina’s sake, showing that he’s growing fond of Toman and doing this for everyone he cares about—himself included. 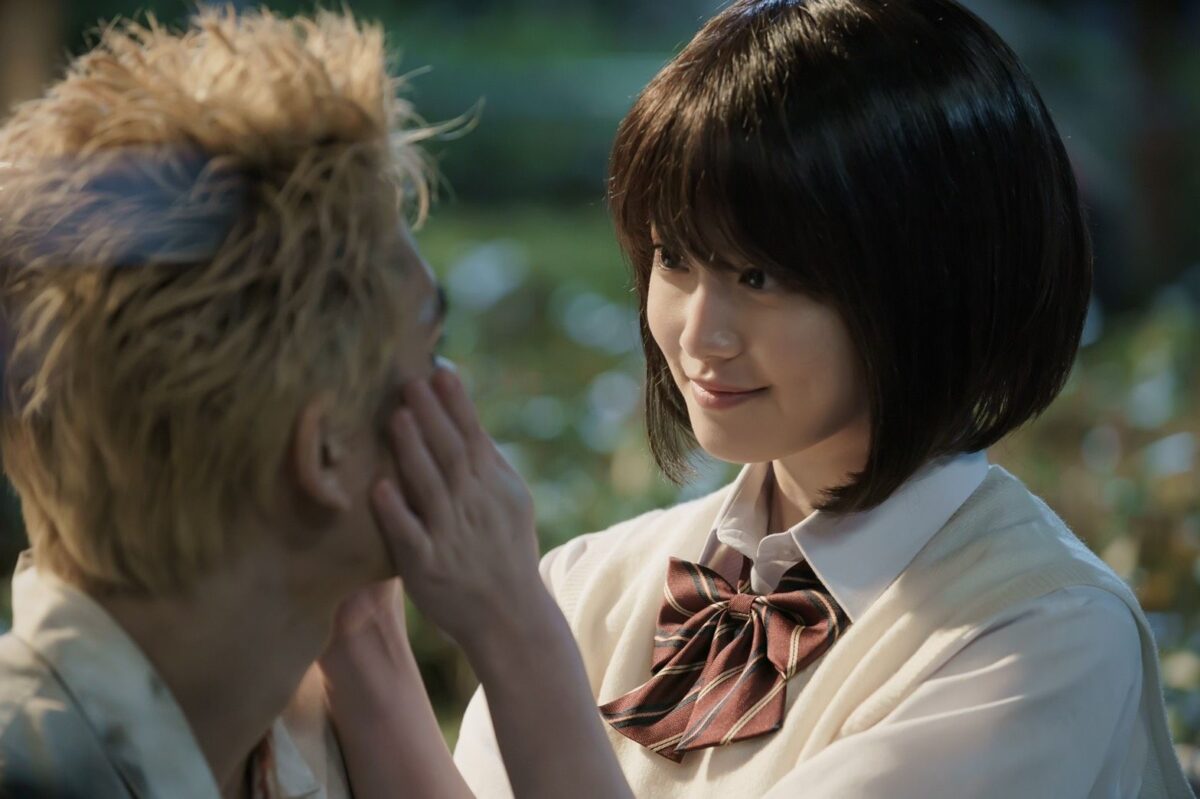 Fans of the series will notice differences in the movie compared to the anime and the manga. (Yes, Takemichi goes back 10 years instead of 12.) Some things are taken out in favor of telling a more complete story, while additions are made to flesh out scenes in order to contribute to the story the movie is telling. That might seem a bit off-putting at first, but when I finished the movie, I realized that telling the entirety of the Moebius arc as it’s presented in the source material would be impossible in just 2 hours. That arc sets up for some VERY big plot threads (the anime is in the middle of one right now), so things had to be altered so the movie wouldn’t feel like it ended on a giant cliffhanger.

That being said, if you’re like me and know what comes next, there is room for a sequel. There doesn’t need to be one, but if they ever announced a part two, you know exactly where they can start. It’s kinda fun, actually, seeing a character or a scene and knowing that if we got more movies, those elements could be addressed at that time.

It’s obvious that the goal was to make a good movie versus trying to set up for several films that covered all of Tokyo Revengers, and, well, I think they succeeded. I think it’s the perfect way to entertain existing fans and even create new fans who might be wondering just how far Takemichi’s story goes. Tokyo Revengers is a hell of a ride that fans of the anime/manga—and anyone who just feels like watching a good beat-em-up film—will enjoy. 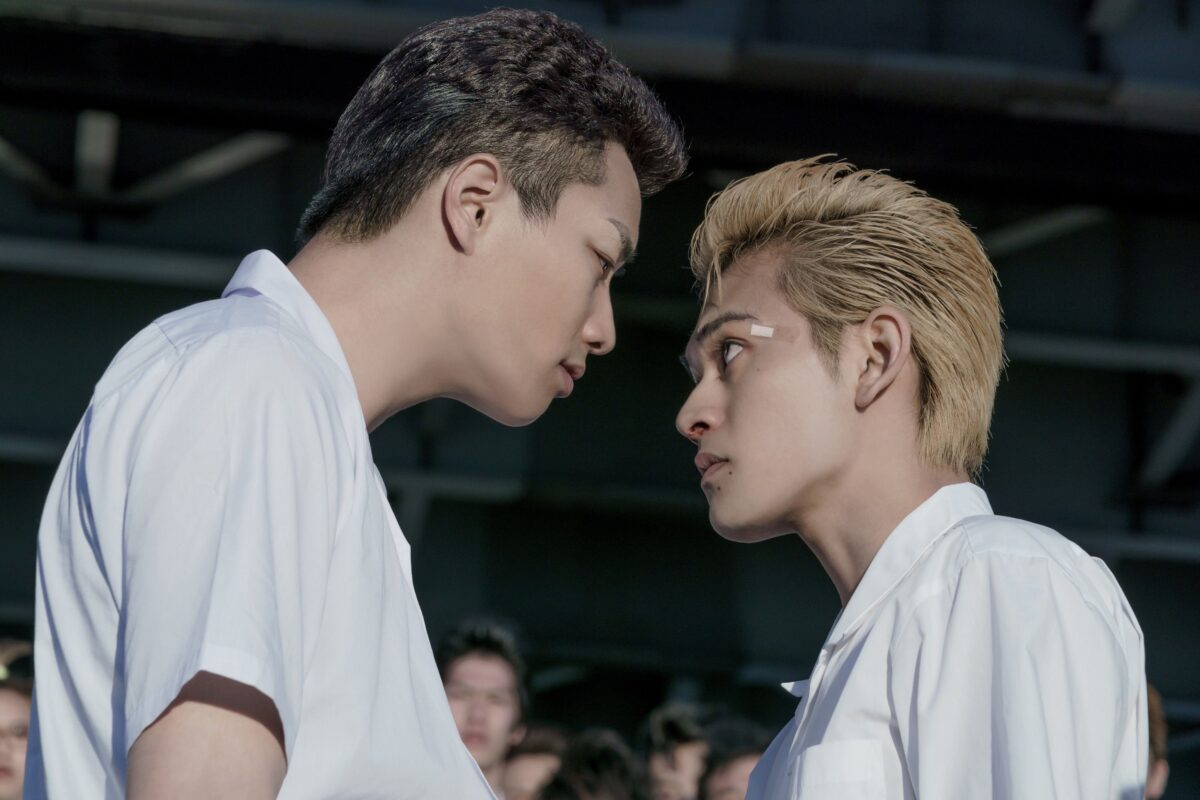