All aboard the wagon! 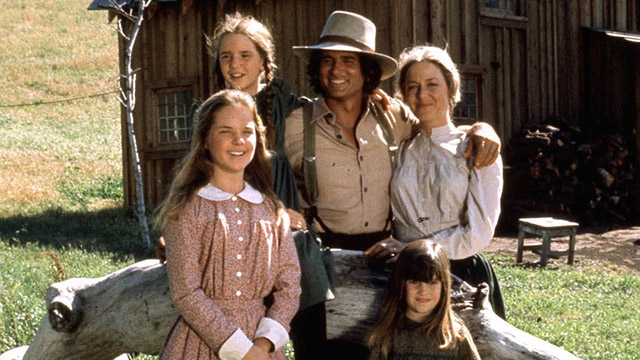 Let’s start the petition for Elle Fanning as an aged-up Mary. You know it’s happening already, so you might as well get behind it now.

Apparently Sony’s been working on a Little House on the Prairie movie, based on the series by Laura Ingalls Wilder, for a while now, and no one told me. I am disappoint, world. I, like so many people, grew up on that series. I’m pretty sure Laura/Alonso was my first ship. Or maybe second, after April/Donatello from TMNT. Regardless, my copies got pretty tattered.

And now the movie’s chugging along on the covered wagon that is life, with Martha Marcy May Marlene director Sean Durkin taking over from David Gordon Green (All the Real Girls, Pineapple Express, that movie where Danny McBride wore a minotaur penis around his neck). Oscar-winning producer Scott Rudin (No Country for Old Men—ANTON CHIGURH FOR PA WILDER) is on board as well, and Personal Role Model Abi Morgan will be writing.

You know. Abi Morgan. Whose (excellent) BBC show about a BBC show trying not to get cancelled… got cancelled. And then pulled out a surprise win at the 2013 Emmys against the heavily favored Behind the Candelabra, which won just about all the other miniseries categories. Good times. She also wrote Steven McQueen’s Shame and an upcoming movie about the women’s suffrage movement that’s going to have Meryl Streep in it, no big!

In Abi we trust.