Little Girl Delights in Her Own Farts, Is a Role Model for Women and Girls Everywhere 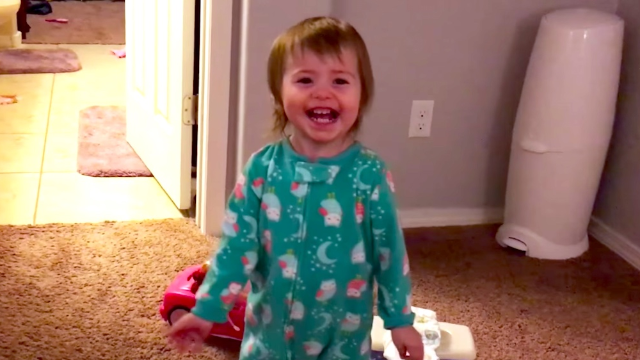 Tomorrow is New Year’s Day, and with every New Year’s Day comes the promise of new beginnings, or new ways of doing things, or breaking old habits. Some people, like the little girl in the video below, are determined to ring in 2016 by breaking down gender stereotypes!

You see, Little Aubrey will not be bound by your limited gender roles, nor your stifling sense of propriety! Well-behaved women seldom make history, after all. So when Aubrey needs to fart, she does so loud and proud—delights in it even—and marvels at how stinky it is:

She also goes to show that you can be proud of your farts while also being the kind of person who makes sure her sister is okay, and is polite enough to say “Excuse me.”

This video was filmed by YouTuber Gabe Hohreiter and features his twin nieces Presley and Aubrey during his Christmas trip. In the description for the video, he thanks his sister, Mac, for allowing him to “exploit” her daughters. We thank her too, not only for allowing this video to be seen by the world, but for raising daughters confident enough to belly-laugh at their own farts.

I sincerely hope that when the girls get older, and Aubrey eventually catches wind of this video (no pun intended—OK, pun a little bit intended), she watches it with pride.

(via Laughing Squid, image via screencap)