Last spring we told you the riveting tale how Behind the Lines Productions, creator of the Twilight parody Twiharder, decided to sue Lionsgate and Summit on the grounds that they’re big meanies who unfairly monopolize the Twilight franchise… a franchise they, y’know, own the rights to. Behind the Lines has some gumption, I’ll give them that. Except now that gumption’s gotten them countersued by Lionsgate, whose 204 page countercomplaint can be basically summed up as “…You guys aren’t serious, right?”

The most thrilling legal case of our age has suffered some bumps in the last few months, specifically when Lionsgate called Behind the Lines’ bluff and was all “OK, let’s move this trial to California.” Behind the Lines, probably realizing it may have made a big mistake, dropped the lawsuit… then refiled it, then dropped it again, then buckled and moved it to California. Then came the countersuit, which claims Twiharder is less a parody, along the lines of Vampires Suck and the excellently titled Breaking Wind, and more a straight-up ripoff. Watching the film, Lionsgate says:

To win its case Lionsgate will have to convince a judge that Twiharder has no artistic merit in and of itself, that it only exists to crib off Twilight‘s success. Lawyers with years, perhaps decades, of legal expertise will be pulling overnighters to draft briefs, examine potential arguments, and pore over legal precedent. But that’s boring. Let’s take a look at some of the best bits from Lionsgate’s countersuit and wrap this puppy up ourselves: 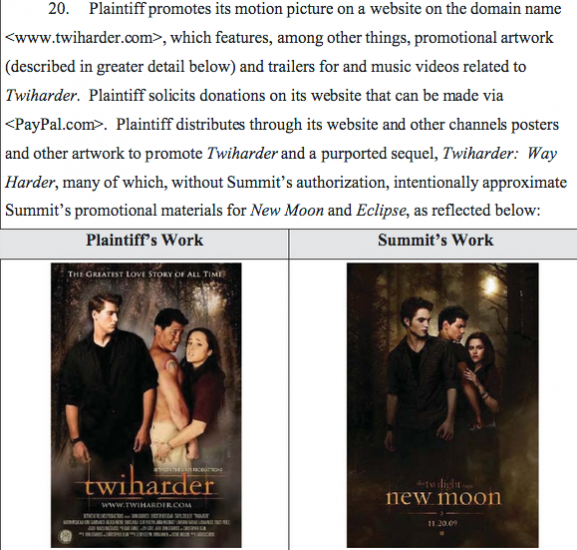 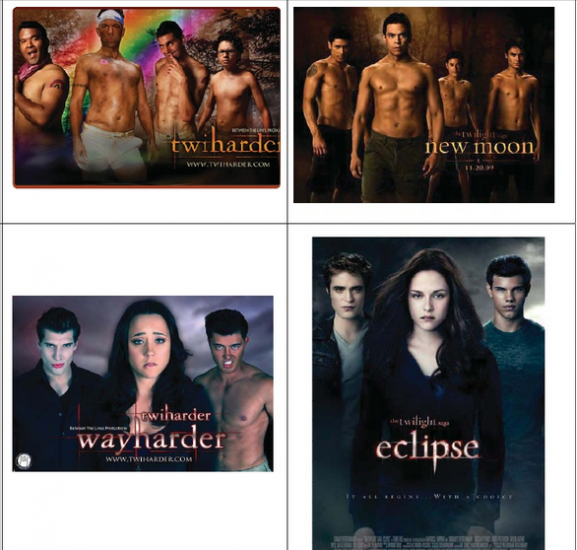 And the smoking gun:

That settles it. Twiharder is not just a work of art. It’s the damn Mona Lisa. It’s a metatextual existentialist masterpiece on how humanity consumes media (They’re fuel. We are the service stations. Art.), how we take movies like Twilight, draw them into ourselves and reflect them back outward as a way of coping with the meaningless of our existence. The abyss gazes also into us.

The world isn’t ready for it. Behind the Lines must be stopped. Godspeed, Lionsgate.