Katniss On a Boat? 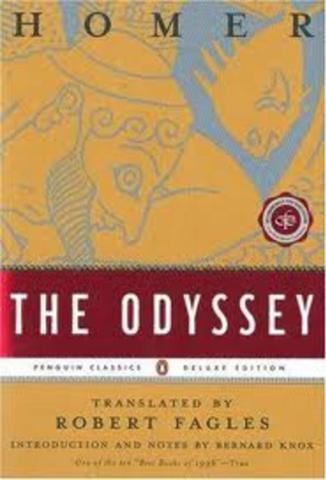 From the team that brought you The Hunger Games: Mockingjay comes a retelling of epic proportions…. (Seriously, Hollywood. Hire me. I’M GOOD)

Lionsgate is fast-tracking a film retelling of Homer’s The Odyssey, and to do this, they are gathering lots of the team responsible for much of their successful Hunger Games franchise. Francis Lawrence, who directed three of the four Hunger Games films, is set to direct. Meanwhile, producer Nina Jacobson, who’s been with the Hunger Games franchise from the beginning, will be producing, and Peter Craig, who co-scripted Mockingjay, will be writing the Odyssey script. Bonus points if you manage to get Katniss Everdeen on that boat, Lionsgate.

They hope to go into production early next year, after Mockingjay Part 2 has made all the money it’s gonna make at the end of 2015. I’m sure it’ll be fine – but it’s doubtful that it’ll eclipse the Armand Assante made-for-TV version in our hearts. Though it might go up against Warner Bros’ version, also in the works.

And now, for absolutely no good reason except that I’m amused by the thought of Odysseus singing this on his journey, here’s this video: