The use of short, simple words can leave an authorial fingerprint that is hard for any author -- especially a best-selling one -- to mask. 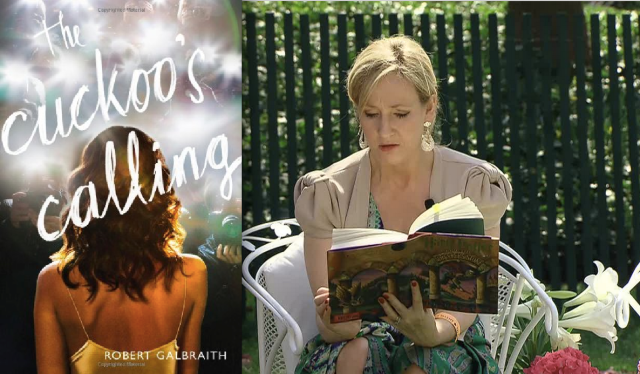 Over the weekend, we learned that novelist Robert Galbraith, who made a splash with his critically acclaimed debut novel The Cuckoo’s Calling, was not actually making his debut as an author. Nor was he a him. Robert Galbraith was in fact megasuperfamous J.K. Rowling, attempting to do what she loves (write) without the wildly high expectations placed on her as the billionaire-author of Harry Potter. An anonymous tweet from an already-discontinued account first made the claim, and after it was supported with an analytic linguistic program, Rowling confirmed the story.

Computer science professor Patrick Juola helped analyze the text and explained to Time how the Java Graphical Authorship Attribution Program was used to determine authorship. A student of forensic linguistics, Juola uses the program, among others, to determine if authorship between works is consistent based on word usage, a technique generally applied in legal matters. While it might seem obvious to change word usage or sentence length it you’re a writer trying to disguise your identity, certain shorter words, such as prepositions and articles, tend to be more ingrained in an author’s subconscious, so that they would never think to change their usage.

Juola was asked by the Sunday Times to compare The Cuckoo’s Calling against Rowling’s The Casual Vacancy, Ruth Rendell’s The St. Zita Society, P.D. James’ The Private Patient, and Val McDermid’s The Wire in the Blood. Juola said that, counterintuitively, the limited choices made it harder to determine for certain — not that this type of work is ever 100% conclusive — but the evidence he produced was apparently enough for the Times to approach the publisher, Mullholland Books, for confirmation that Galbraith and Rowling were one and the same.

So if you’re a wildly famous author trying to get some unbiased reviews, and have thus far escaped notice despite using the same agent, publisher, and editor as your other wildly famous works, you might still be shit out of luck. That said, when everyone realizes what happened your book sales might go up by, oh, more than 500,000%, so some would call it a draw.

As to who set up the Twitter account that put the Sunday Times on the trail in the first place? Well, like we said, the account is deleted, so we may never know. But if you were working at a publishing house that had a critically lauded detective novel by J.K. Rowling languishing on shelves… well, we can imagine that would be a little frustrating. Not that we would accuse anyone of anything. Just making an observation, is all.