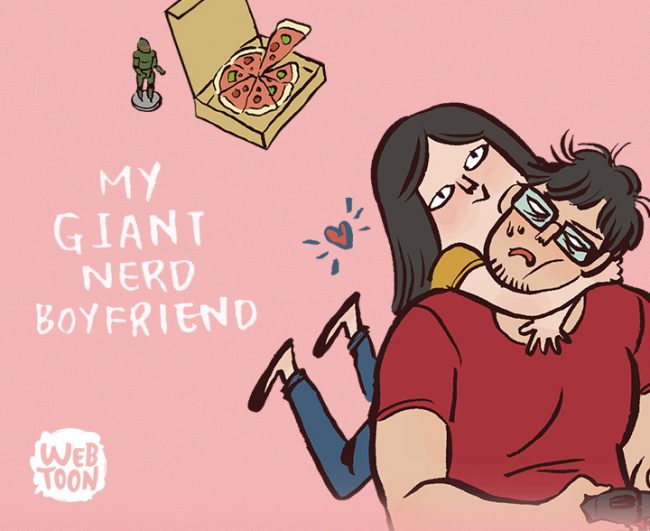 LINE Webtoon has quickly become an awesome destination for lovers of independent webcomics. Now, the site is also a great destination if you want to become acquainted with some awesome female comic talents. For all of March, which happens to be Women’s History Month, LINE Webtoon shines a spotlight on female comics creators!

This week the site is, according to a release, kicking off “its 2017 launch schedule with a March Launch Week slate featuring four new female comic creators from its Discover platform — LINE Webtoon’s open platform that allows digital comic creators a way to publish their work and build a fan base. A designated week each month designed to introduce readers to emerging fresh voices and unique comic creations, the March Launch Week…features engaging female creators in celebration of Women’s History Month.”

March’s launch week titles, which dropped this week, highlight a range of genres and comic point of views: My Giant Nerd Boyfriend, Rise from Ashes, Shard, and My Dear Cold Blooded King.

One of my favorites, and in my opinion the most adorable, is My Giant Nerd Boyfriend, an image from which you can see above. My Giant Nerd Boyfriend, by Malaysian artist Fishball, is a comedic take on relationships that centers around Fishball and her colossal boyfriend. The comic explores the day-to-day struggles of having an extremely tall and nerdy significant other as well as the silly nuances of the relationships women have not only with others but with themselves and their bodies. Her style is reminiscent of Kate Beaton’s work, and the comic is hilarious and so, so sweet. 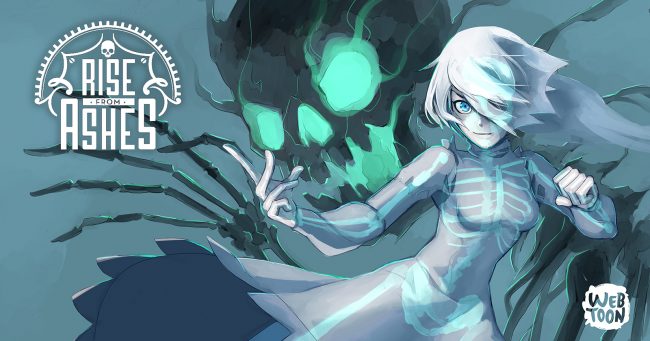 If you like your comics a little less slice-of-life and a little more supernatural, Madeleine Rosca’s Rise From Ashes is for you! In it, the living and the dead have coexisted for a millennia, overseen by Red Crows, a conclave of mediums who have power over the spirit world. However, in the early 20th Century, a fast approaching world war threatens the balance between mortals and ghosts. In the midst of the upheaval, a reluctant ghost is called upon to fulfill her destiny and save the world.

Rosca was thrilled to be included in LINE Webtoon’s March Launch, particularly because March places a special focus on women. She says, “A good comic is like a good movie – it takes you places and puts you in another’s shoes. Being able to present the opinions and actions of female characters in a manner that readers can enjoy regardless of their gender makes comics a very powerful medium for women creators.” 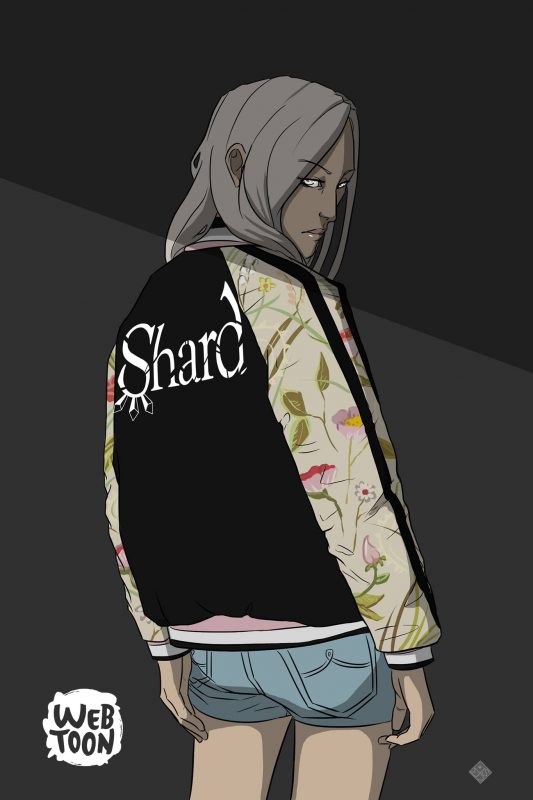 Megan Stevenson’s Shard, which launches tomorrow, tells the story of a witch who is told she needs a virgin to complete a spell, and sets out in search of the ideal candidate. She meets a geologist, with all the makings of the perfect sacrifice, only to discover there may be more to him than meets the eye. A story calling for the sacrifice of a male virgin for a change? Can’t say I’m not curious.

Stevenson is also excited to be a part of this line-up, as she thinks it’s so important for people to recognize that women do, and have been, creating amazing comics. She says:

As a woman, revealing that you’re a comic artist is akin to telling someone you’re a [Insert Predominantly Male Role Here]. You generally get one of two reactions – either a good old-fashioned polite “oh really?” and a brush to the side, or an actual genuine burst of interest with questions focusing on learning more about you, your interests and the worlds you create. I’m sure you can probably guess which ones are a bit more constructive, and most likely have a decent idea of which demographics they’re coming from. Representation in any industry is so, so important, and having women up front and center paves the way for others looking to break into the business but maybe didn’t think it was possible for them before. Women writing uncensored allows for a conflicting take on life and an influx of commentary on social issues that were never really touched by “traditional” comics before, offering validation to readers and their experience. Not everyone can relate to OP men in spandex and, really, they shouldn’t have to try. 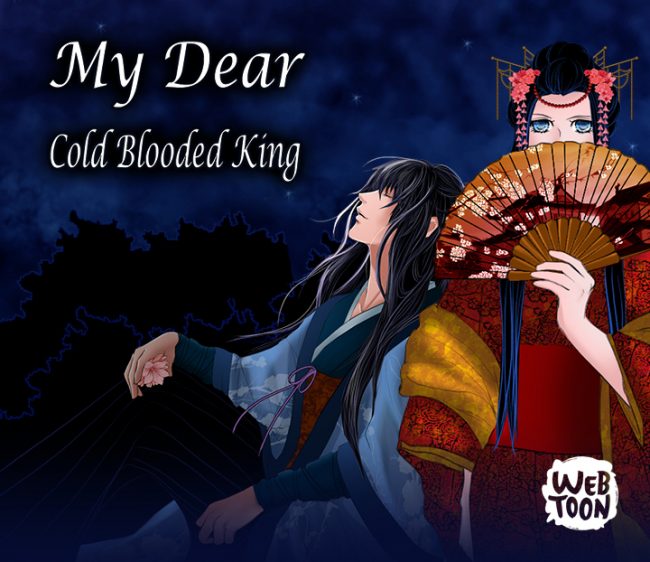 Lastly, we’ve got the final launch week title: My Dear Cold Blooded King by Kathleen Meredith (A.K.A. Lifelight), which premieres on March 12th. In it, Kihara Mei is a simple peasant woman with a knack for getting herself into trouble. She enjoys her quaint life until one day, her path lands her in a deadly challenge against dangerous royal assassins. Now, with the eyes of the dreaded Blood King upon her, her life of simplicity becomes a tangled web of secrecy, deceit and desire.

“Being anyone in comics is just mind-blowing, regardless of gender,” Meredith says. “I’m simply happy to be here and to be a part of this great big comic world!”

There are so many wonderful female comics creators, both in print and online, make sure you stop over at LINE Webtoon throughout the month to get to know some of them. Who knows? You might just discover a new favorite!