Who Actually Had the Most Lines in Avengers: Infinity War?

Captain America had the same number of lines as Pepper Potts?? 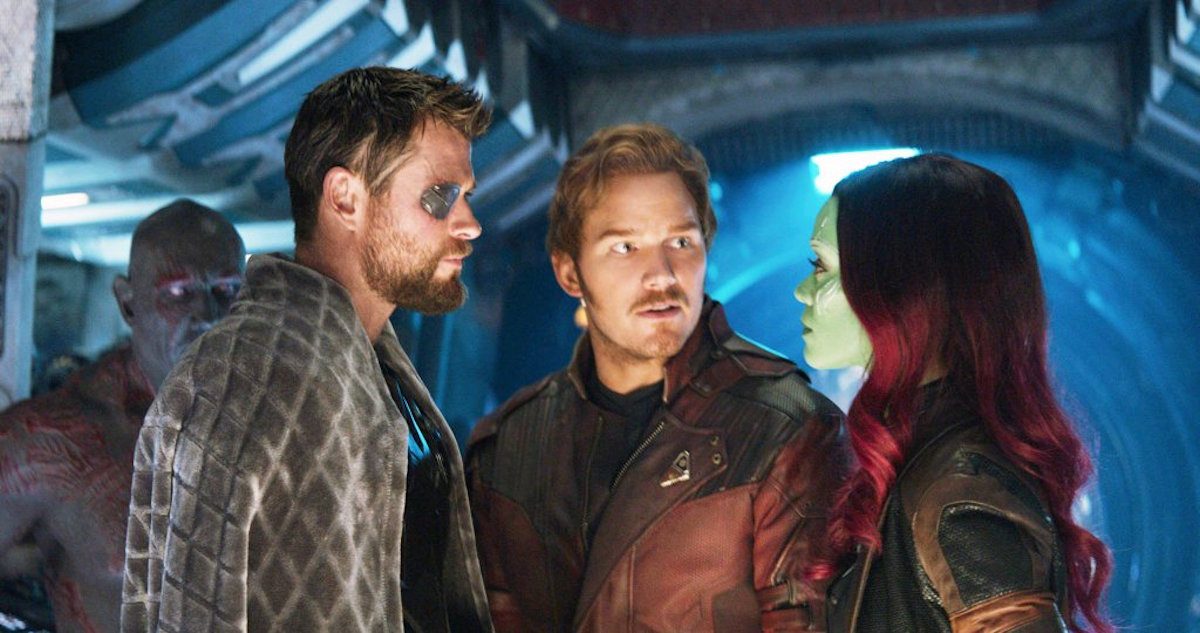 Avengers: Infinity War was stuffed to the brim with superheroes, villains, and the friends we made along the way. But who got to speak the most in Marvel’s biggest movie to date? It turns out that the distribution of lines across this vast pantheon of characters was wildly uneven.

As we await the any-day-now-oh-god-please drop of Avengers 4’s first trailer, speculation continues about what the film has in store. We know we’ll be in for plenty of mourning (half of all life in the galaxy is space dust), a lot of avenging/revenging, and, this time around, even more characters somehow making an appearance. (We’ll likely be seeing additional cast members from Black Panther, Ant-Man and the Wasp, and Captain Marvel, not to mention Hawkeye is bound to pop up with a new haircut.)

If we look to how Infinity War handled its seemingly endless march of character appearances, can we also extrapolate about Avengers 4 from there?

Infinity War managed to give its enormous cast memorable lines and moments aplenty. Yet with so much Thanosian ground to cover and plots happening both on Earth and elsewhere, both the starring and supporting roles were not on even ground line-wise. When you look at the data, there are some real surprises.

No one’s surprised that Robert Downey Jr.’s Iron Man clocks in with the most amount of lines by far—Tony Stark is arguably the linchpin of the current MCU, and I expect him to have as many or more lines in Avengers 4, especially considering that the movie could be Tony’s swan song.

From Tony on, however, the line counts strike me as pretty unepected—going into Infinity War the first time, I definitely would not have anticipated this spread. Thanks to industrious Mary Sue contributor Zachary Garrett, who counted characters’ lines spoken onscreen, we have some numbers:

Zachary notes that these aren’t 100% exact—it’s hard to account for what constitutes a full “line” if characters are in a heated exchange—but this is as precise a count as he could make. The numbers here fascinate me. I knew that Captain America was terribly underutilized in Infinity War, but it’s striking to see that his overall contributions speaking-wise are matched by Pepper Potts’ two brief scenes with Tony. And by this count, Tony Stark has nearly five times as many lines as Steve Rogers, definitely winning the civil war when it comes to chattiness.

Star-Lord logging the second-most lines is also a bit of a surprise, though maybe not so much when we consider Peter Quill’s superpower of running his mouth off. With the third-most lines, our once-taciturn Thor seems to have had his tongue loosened by tragedy and proximity to Rocket Raccoon. Considering how many times the Russos touted Infinity War as being Thanos’ movie, the grape-flavored Titan clocking in with the fourth-most lines makes sense, and Gamora’s entanglement with his storyline gave her a considerable role and a lot to contribute.

But original Avenger Black Widow with the same number of lines as creepy second-string bad guy Ebony Maw? Loki nearly tied with The Collector? Doctor Strange—despite only having one movie under his belt, and a brief appearance in Thor: Ragnarok—having more lines than Black Panther and Captain America combined? Madness!

Of course, not all lines are created equal; the setup of the scene gives a lot of weight. Loki may have only had a handful of lines, for example, but they were poignant, re-established his identity, and were part of a hugely dramatic opening scene. FRIDAY’s navigational exchanges with Iron Man aren’t remembered like Bucky and Rocket’s comedic haggling over Bucky’s arm, or Bucky saying “Steve?” as he collapses into dust. Still, characters like Loki and Bucky are longstanding fan favorites, and herein they’re given little to nothing to say, comparatively speaking.

It’s been noted that Infinity War skewed heavily into outer space and thus bestowed more lines upon the Guardians of the Galaxy, and we’ve heard that those neglected Earth-based superheroes *coughSteveRogerscough* will likely find the spotlight far more fixed on them in Avengers 4. It’s possible that the numbers here will be somewhat flipped, in fact, and we’ll have a lot more for Team Cap-sters and OG Avengers to say and do. And some of these talkative characters who died pre-Snap, like Gamora and Vision, may not be back for the next round.

Yet it seems to me that the cold hard numbers here expose the difficulties of putting together such an enormous cast. There just isn’t the time to develop the majority of the characters poignantly, nor establish much context for them. Infinity War relied on its viewing audience knowing exactly who everyone was and their histories at first glance, and if anything Avengers 4 is likely going to double down on the same. With even more characters joining the ranks and the likelihood of seeing some of our favorite heroes’ stories tragically end, how can Avengers 4 let everyone get a word in edgewise without being seven hours long?

Did any of these line counts surprise you? Let’s talk in the comments—we have all the time in the world there.