Lindsay Graham and Mitch McConnell Should Recuse Themselves from Impeachment Trial 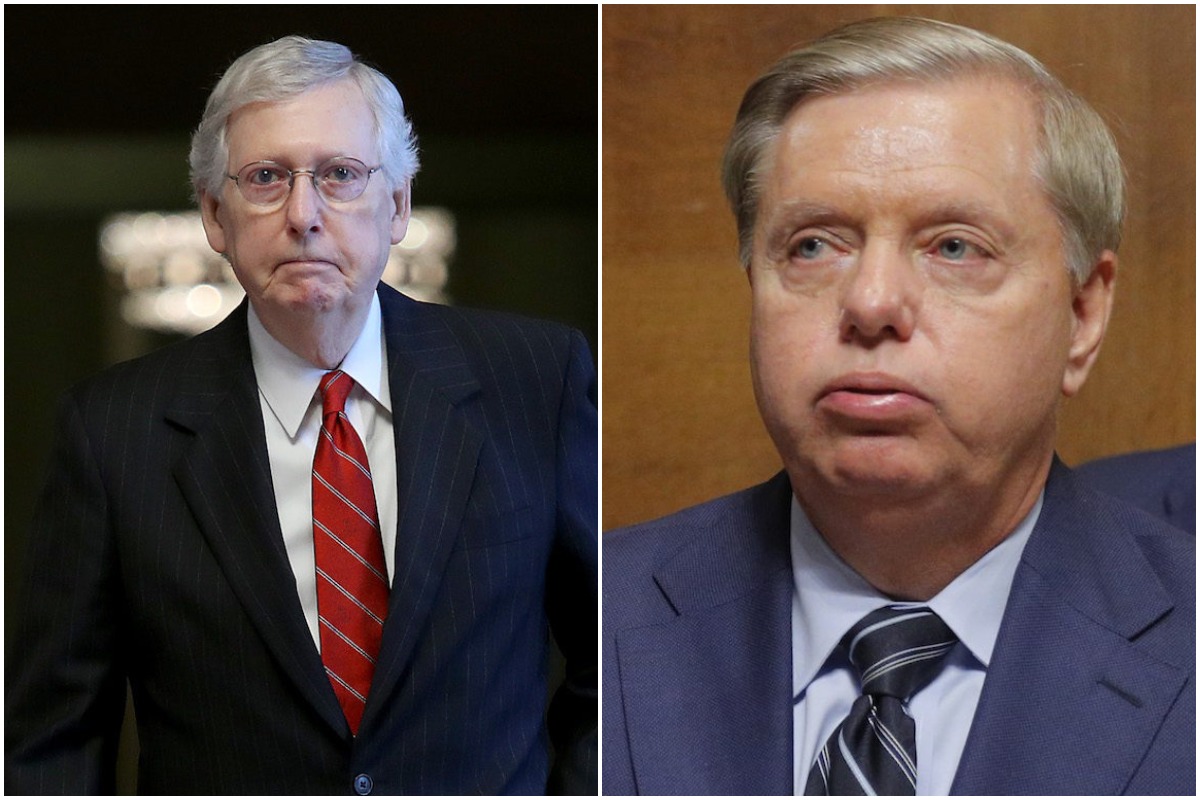 As should be expected, rancid bowls of yogurt and GOP leaders Mitch McConnell and Lindsey Graham have already spoken up about the fact they intend to have no integrity, morals or honor their oath to uphold the Constitution when it comes to the possible impeachment trial in the senate of Donald Trump. Shocker, I know.

First McConnell, who we may need to iterate it the guy in charge of the Senate, which will act as the jury in a trial if and when Trump is formally impeached by the house of representatives, decided to just go on national television and say that he’s working with Trump’s lawyers on this. He stated, on Fox News of course, that there would be no difference between the president’s position and his.

So we already have one mouldering jar of mayonnaise saying he’s not going to do his job, but it wouldn’t be a spineless Trump toadie party without our favorite shirker of his oath, Lindsey Graham who also says he won’t be impartial.

“I’m not trying to pretend to be a fair juror here”: Republican Sen. Lindsey Graham predicts Trump impeachment will “die quickly” in the Senate https://t.co/UaDfnN3wXU pic.twitter.com/Wu9ZlrkzfP

This is, of course, a big turnaround for Graham who famously led the impeachment charge against Bill Clinton. I guess truth and justice are only important when the President in question is a democrat.

Then-Rep. Lindsey Graham in 1998: “Please allow the facts to do the talking. Don’t decide the case before the case is in.”
Sen. Lindsey Graham in 2019: Passing of House’s impeachment articles is “a sad, ridiculous sham. This needs to come to a quick end.” https://t.co/7RTaOmnowF

Both these men should recuse themselves from hearing any sort of trial in the Senate as they’ve clearly established they cannot, or will not, do their jobs and be impartial but of course, they won’t because all they care about is keeping a corrupt president and themselves in power.

If there’s any silver lining here, it’s that both of these jerks are up for reelection in 2020 and their support of the President is not doing them favors with their actual constituents. A new poll finds Graham vulnerable against his democratic challenger Jamie Harrison. Additionally, Mitch McConnell’s opponent, retire Marie pilot Amy McGrath raised $10.7 million in the most recent quarter and McConnell is deeply unpopular in his home state.

As important as removing these scabs on the skin of democracy is in 2020, it doesn’t help in 2019 when these guys are so blatantly refusing to follow the constitution and their oaths…and in doing so, potentially allowing a corrupt president to continue to do the same.