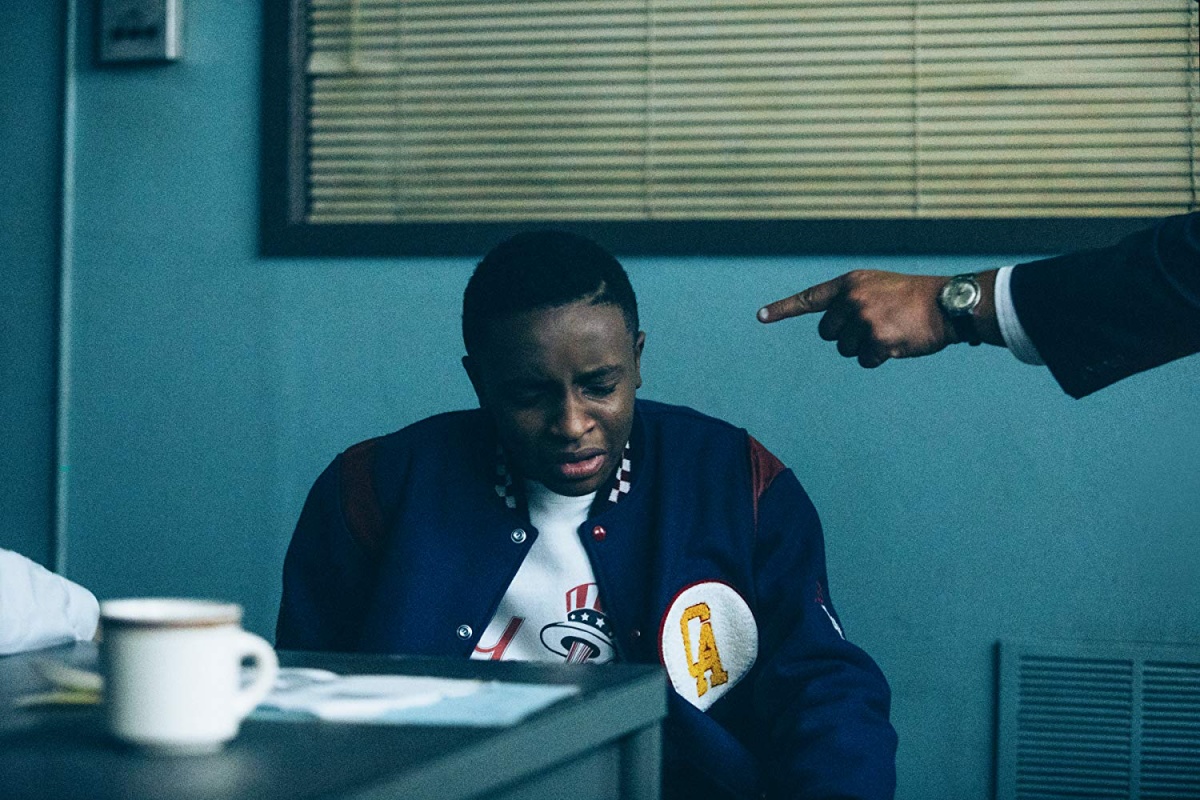 I’m slowly making my way through the Ava DuVernay limited series When They See Us, which deals with the case of the “Central Park Five,” in which 5 Black and Latino men—Korey Wise, Antron McCray, Yusef Salaam, Kevin Richardson, and Raymond Santana—were falsely imprisoned for 14 years for the rape of Trisha Meili, a white woman. Their convictions were vacated in 2002 after DNA evidence proved that Matias Reyes, a convicted murderer and serial rapist, committed the crime alone. DuVernay’s masterful series has brought this emotional case back into the public eye and has led to a lot of renewed criticism of the prosecutor, Linda Fairstein.

New York prosecutor Linda Fairstein, played by Felicity Huffman in the series, was head of the sex crimes unit and used this case as an opportunity to promote herself, considering the headline traffic it was getting at the time. She’s been accused of overseeing unlawful and abusive practices during the interrogations of the young men. It’s clear that holding teenagers up to thirty straight hours of interrogation and intimidation, especially without a guardian, is unlawful and is the only reason the coerced, false confessions happened in the first place.

Despite the pressure that Fairstein was under, she allowed her biases and racism to completely overshadow the fact that these were kids and that the evidence did not match their accounts, and she was willing to throw them to the wolves because they were “animals” in her mind. It’s disgusting, and on top of ruining the adolescent development of these young boys, because of the failure to catch the actual rapist, Matias Reyes, Reyes ended up raping more women and killing Lourdes Gonzalez, a pregnant mother of three, while her children listened from the next room.

Now, due to the new attention, people, including New York public advocate Jumaane Williams, are calling on New York to reopen Fairstein’s cases.

Ava DuVernay told The Daily Beast that she reached out to Fairstein and other people involved on the investigation side, but Fairstein attempted to control the narrative: “Linda Fairstein actually tried to negotiate. I don’t know if I’ve told anyone this, but she tried to negotiate conditions for her to speak with me, including approvals over the script and some other things. So you know what my answer was to that, and we didn’t talk.”

New York City detectives maintained that the defendants had “most likely” been Reyes’ accomplices in the assault and rape of Meili. Fairstein stands behind her actions in the Central Park jogger case. She told The New Yorker: “I think Reyes ran with that pack of kids. He stayed longer when the others moved on. He completed the assault. I don’t think there is a question in the minds of anyone present during the interrogation process that these five men were participants, not only in the other attacks that night but in the attack on the jogger.”

The victim, Trisha Meili, has said the same thing. Despite having no memories of the attack, she is skeptical that Reyes did it alone, as she said in an ABC interview, “I always knew that there was at least one more person involved because there was unidentified DNA. So when I heard the news that there was an additional person found whose DNA matched, that wasn’t a tremendous surprise. But when he said that he and he alone had done it, that’s when some of the turmoil started, wondering ‘Well, how can that be?'”

Meili has also praised the police and those involved, saying, “I support the work of law enforcement and prosecutors … They treated me with such dignity and respect.”

Ms. Meili was the victim of a brutal attack, and there is no denying that, but you can be a victim of an attack, hold racist ideas, and benefit from white supremacy all at the same time.

As recent as last year, Fairstein maintained that the confessions were not coerced and “The questioning was respectful, dignified, carried out according to the letter of the law and with sensitivity to the young age of the men.”

Mind you, she has no problem with failing to put white men in jail for alleged sex crimes since, she is accused of helping to silence a case against Harvey Weinstein. Fairstein is being shamed and has lost an award, but that pales in comparison to what Korey Wise, Antron McCray, Yusef Salaam, Kevin Richardson, and Raymond Santana dealt with and the continued stigma the case helped propagate against Black and Brown young men in this country. Fairstein still gets to live in her Upper East Side apartment without having to face criminal consequences for her actions.

I first became aware of the Central Park jogger case in more detail because of the 2012 Ken and Sarah Burns documentary The Central Park Five. I’m slowly making my way through When They See Us, because it’s truly hurtful to watch and be fully aware of the trauma that these men have dealt with—that these young men were seen as, inherently, thugs and not kids. It’s a reminder that Black and Brown children do not have the privilege of youth or innocence in the eyes of the law—not then, and not now.

(via The Fader, image: HBO)