Lincoln Logs Coming Back to USA | The Mary Sue

Lincoln Logs Are Coming Back to the USA With Brand New Sets, Holiday Feels 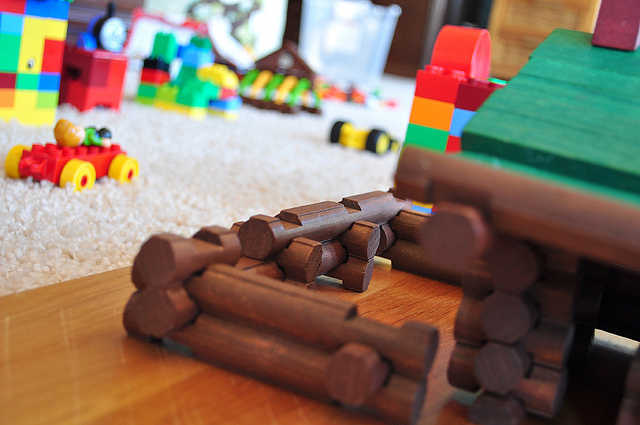 Lincoln Logs will once again be produced in the USA with brand new, “Made in the USA” sets to celebrate. Despite production’s move overseas, the Logs have been here all along, right under our noses, just waiting to be noticed to conjure the ghost of childhood holiday seasons past spent with the wooden LEGO alternative and play with our emotions. We just have a lot of feelings about educational toys, OK!?

There will be 10 “Made in the USA” sets, including a 100th anniversary set for their origin in 1916, on sale in 2015, so you’ll have to wait until next year if only domestically-produced Logs will do for the holiday season. 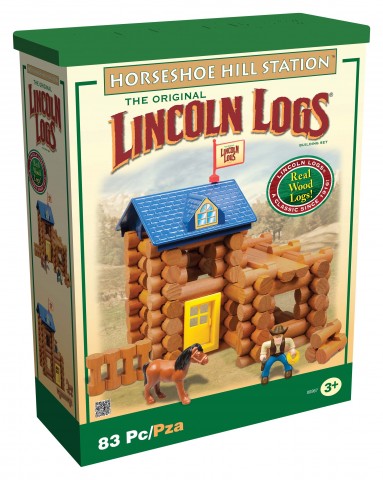 One of next year’s new sets.

But wait; you don’t think Lincoln Logs are educational toys? For your information, they were invented by architect Frank Lloyd Wright’s son, and they help children develop fine motor skills, problem solving abilities, and emotional attachments to small wooden objects. Additionally, the longer ones make for a mean pair of nunchuks if those problem solving skills have developed properly and the children in question have watched way too much Ninja Turtles.