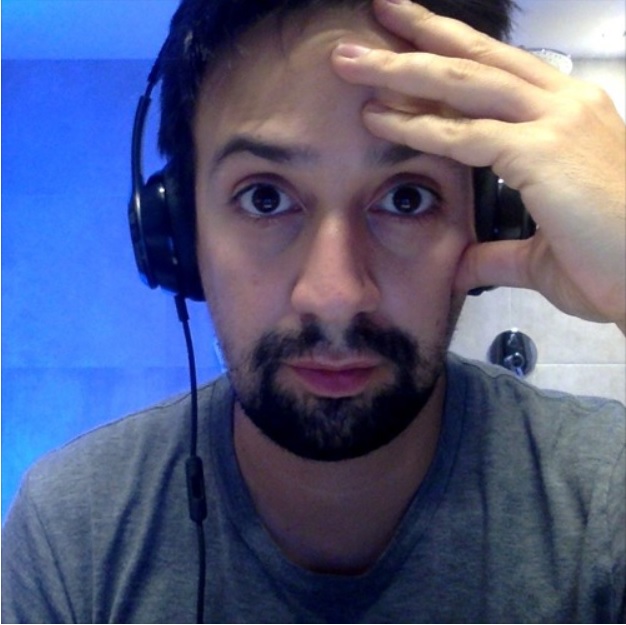 Demos are fascinating in that they give us a glimpse into the creative process of musicians we love. We all know what a brilliant songsmith Lin-Manuel Miranda is, and so it’s really cool to hear how “Almost Like Praying,” a song that not only manages to make music from the names of places on the Puerto Rican map, but that eventually combined the talents of 21 other amazing Latinx, got its start.

Miranda posted the demo on Soundcloud, then shared it on Twitter along with a photo of him “in the bathroom (where it happened).”

He says, “I wrote this song in a bathroom in Austria with no musical instruments while I waited for word from my family in Puerto Rico. The original, with all your favorite stars, is much better, buy it and donate to relief efforts Puerto Rico. www.almostlikepraying.com/”

It’s pretty amazing to hear the creativity that he achieved on his own while simply recording in a bathroom. He not only cites the stars he got involved in the success of the final version, but the efforts of producer Trooko who, among other things, worked with Miranda on The Hamilton Mixtape. Clearly, these two collaborate well.

So yes, download the song (it’s good!) and donate to relief efforts (that’s better). Not only is “Almost Like Praying” awesome, but Puerto Rico is going to need our help over the long haul, not just while it’s a “cause du jour.” So, give to the Hispanic Federation’s Puerto Rico Fund, or to the Foundation For Puerto Rico, or to United for Puerto Rico by clicking on these links, and give often.