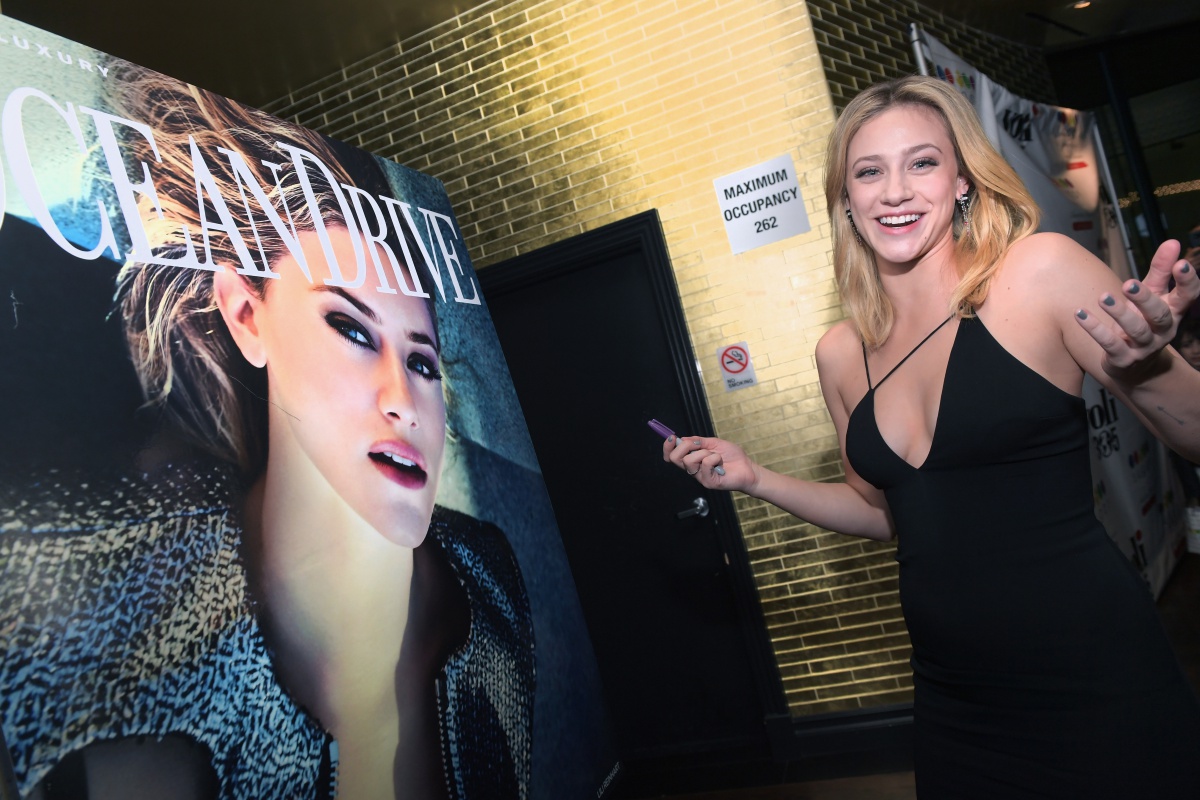 In a new Harper Bazaar profile, Lili Reinhart is called a ‘Hollywood Ingenue.’ While there is nothing wrong with the term itself, in reading the profile, you easily see she is anything but naive or unsophisticated and waiting for a hero. Reinhart is sharp and aware of the duality of the life she leads.

It took me a long time to figure out who Lili Reinhart reminded me of on Riverdale. Despite her playing the “good girl” of the dynamic Betty/Veronica duo, Reinhart reminds me of Gossip Girls‘ Leighton Meester—not so much in the character, but in her acting abilities. The ability to go from innocent to bold, of being intelligent and hyper-feminine, and, like Meester, brimming with a desire to be in control of their own narrative.

Reinhart says: “My life is not glamorous. I do glamorous things.” For most of us, there is no difference, but for Reinhart, who has become the subject of countless rumors about her weight, sexuality, health, and personality all at the age of 21, it is no surprise she doesn’t see the glamour.

She relates a story about a crowd of fans going toward her and a fellow Riverdale co-star for pictures, the stars politely declining, and getting screamed at with things like, “Why do you hate your fans?”

“That felt like the most dehumanizing thing… I see them saying, ‘Your fans are what make you,’ and I appreciate the love and support. But you have to understand that I’m not on 100 percent of the time. And I shouldn’t be expected to be.”

In our internet world where we are privy to their thoughts on Twitter and Instagram and actors are expected to share 90% of themselves with fans, it makes sense that people need boundaries. For Reinhart, that boundary line is her relationships:

“I’m not okay talking about my relationship,” she says firmly. “I’m not going to tell you my love story. That’s just not appropriate right now.” Her family is also off-limits—“It really weirds me out when people DM my mom”—but the one thing she’s had the hardest time adjusting to is, in her words, “the speculation.” “Am I pregnant? Am I dating someone? Am I gay? Am I gaining weight? Am I homophobic?” She rattles off the allegations incredulously. “People will always have something to say. I’ve accepted that. It doesn’t mean it’s not frustrating when people say those things. It’s not like it just rolls off my back.”

“The most-followed people on Instagram are skinny people who have abs, long legs, silky hair, and filled-in eyebrows. But then people really love when I say, ‘It’s OK to not have a 24-inch waist and it’s OK to have pimples.’ But those same people are praising the people with images of flawless everything. Which side are you on?”

She’s also been very upfront about her battles with anxiety and depression, the latter of which she was diagnosed with at 14. Let’s talk about [depression] like it actually is,” she says. “It’s a very real thing, a day-to-day thing, not just you sitting in a dark room alone. It’s something that comes in all shapes and colors and all different scenarios, all different types of people.”

Reinhart, like Star Wars star John Boyega, isn’t afraid to stand up for herself. Reinhart is not ingénue, she’s a Byronic heroine, but more than anything she’s a person and she doesn’t need anyone to save her.