Will We Finally Get Closure for Lil Nas X’s ”That’s What I Want” When Montero Appears on Maury to Confront His Man’s Wife??? 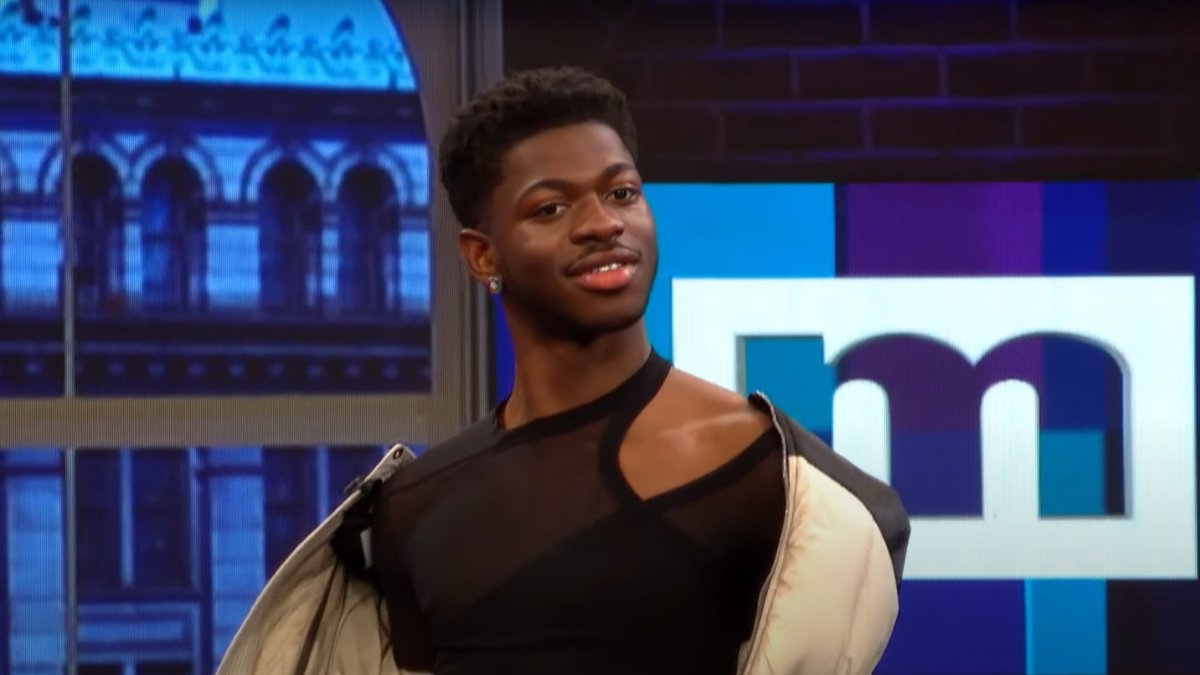 If you’re like me, you were absolutely crushed when you got to the part in Lil Nas X’s “That’s What I Want” where he finds out the guy he was with has a wife and child. While we do get an amazing cameo from Billy Porter, followed by Lil Nas X in a stunning wedding outfit, the video ends with him crying at the altar, heartbroken.

But come Wednesday, November 17th, Montero is gonna take the necessary steps to make things right in his life. He’s wiped the ruined mascara from his face and has decided that enough is enough. He doesn’t have to take this. This man lied to him after making sweet love to him in a locker room and tent in the middle of a camping trip.

Did he even offer to make s’mores?!

Yeah, this man has a lot to answer for, and there’s only one person who can get the truth out of him.

Tune in next WEDNESDAY, November 17th to an all new EXCLUSIVE Maury! #Maury24 pic.twitter.com/iZCJBvQmr7

Lord. Lil Nas X continues to have the best marketing strategies ever.

Give Lil Nas X and his team every marketing award there is. https://t.co/86svrKY63d

Lil Nas X is building a MCU (Montero Cinematic Universe) and we are all in it. I am so proud of you and your brilliance. Queer Black creatives thrive! @LilNasX https://t.co/Rxy8FDGddt

BREAKING: Lil Nas X & his ex/boyfriend will be appearing on The Maury Show together next Wednesday. pic.twitter.com/8c8H2uCvrp

As we all know, Maury is part of the “Missing School Because I’m Home Sick” pack. Conversely, it’s also part of the rare deluxe pack “The Snow Is So Bad That Schools Are Actually Closed???” These packs include the likes of The Price is Right and the court show of your choice, my personal favorites being The People’s Court, Judge Mathis, and Divorce Court.

Watching these shows always felt like some sort of treat since they always aired during school, and back when I was watching them, there was no Internet to look at viral clips of certain episodes. You’d lay in bed with your Campbell’s Chicken Noodle Soup and orange juice as you watched an easily excitable crowd cheer in time with whatever “shocking reveal” Maury was discussing that day.

Maury was (and still is, from the looks of it) a talk show that’s known for its over-the-top drama. It wasn’t as bizarre as Jerry Springer, but not on the seriousness level of your Oprah or Sally Jessy Raphael. I’m not sure if it used to be “serious,” once upon a time, the way Springer was before it became a chaotic daytime something or rather, but what I do know about Maury is that it always sticks to its formula, particularly the reaction its guests have when something scandalous is revealed. There are other topics every now and then, like a kid who gets yelled at by a militant figure because they’re out of control, or some overworked mom getting a makeover, but Maury lives in infamy because someone is, or isn’t, the father.

And Lil Nas X is using that to his advantage.

In the case of 4-year-old Noah…

Nah cuz this right here has sent me through the Gotdamn roof!!! pic.twitter.com/OsdSoATBuU

I expect that this will be a combination of a lie detector test and a paternity test. We see Montero confront his lover’s wife first, revealing that they’ve been together. She, of course, doesn’t believe it, which leads me to believe that Maury will casually chime in that they can take a lie detector test. The twist comes with there being a paternity test, which implies that Montero’s beloved isn’t the only one who’s been keeping secrets.

Is baby Noah someone else’s child?!

What’s brilliant about this video is that it’s shot in the exact way a Maury episode goes down. You get hints of the secrets, glimpses of major moments (is Montero being proposed to???), and, of course, backstage footage where someone doesn’t want the camera in their face.

Is this actually going to be a full-on episode of Maury? Or is this just a promo for Lil Nas X’s album?

Either way, it’s fascinating to watch the way he’s so in tune with what keeps folks entertained on social media.

Nobody is seeing Lil Nas X when it comes to digital marketing and social media. He gets it EVERY TIME and is having the time of his life doing it. https://t.co/bFIbDvJlo1

Lil Nas X is a social media genius and the king of trolling. His humor and wittiness is such a breath of fresh air. I cannot wait to see him do an iconic Maury run hopefully with a death drop just to be extra. https://t.co/FdF3TM5W6f

when I tell you, Lil Nas X does not PLAY when it comes to this
got me setting a reminder to watch Maury next week pic.twitter.com/cDpN05i91D