Oh God, I Actually Like The Orville? Who Am I? 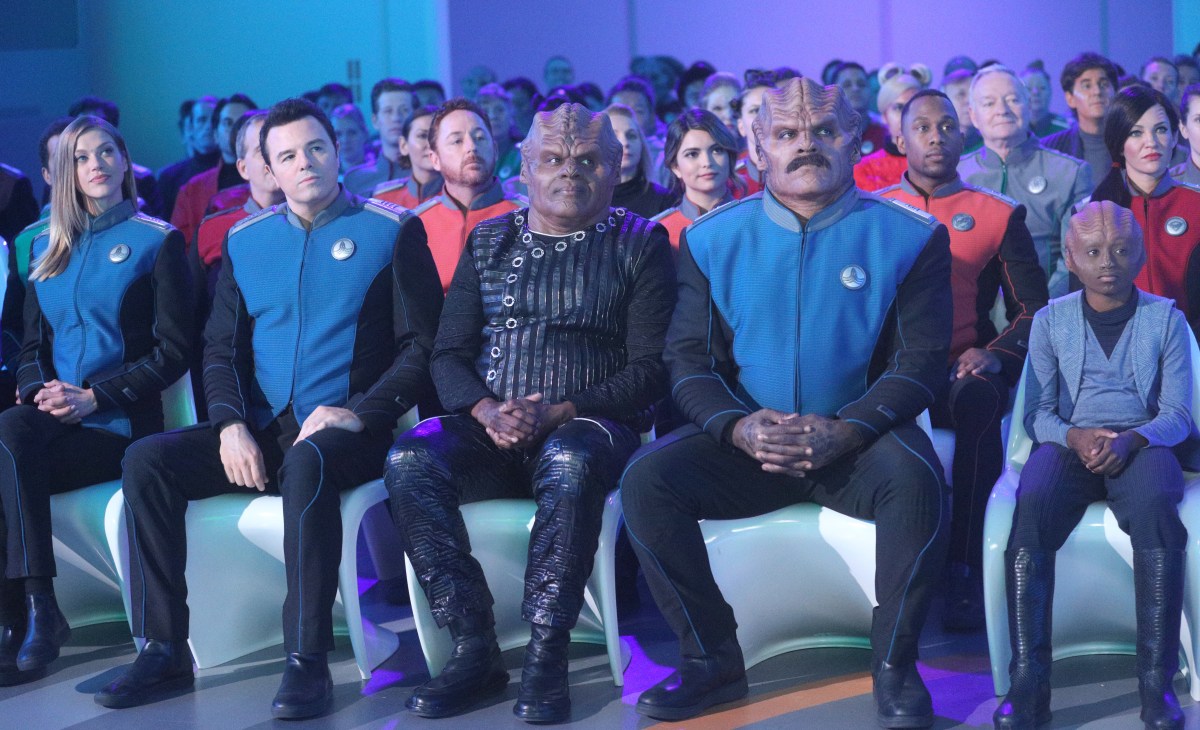 Look, maybe I was quick to judge. Maybe I was put off by my dislike of Family Guy and it made me skeptical to watch this show from creator/star Seth MacFarlane. But I’m here to admit my wrongdoings and say that everyone should be watching The Orville. With the feel of Star Trek and the wit of … well, a Seth MacFarlane show, The Orville brings to life a crew that is part of an exploration for peace.

At first, my problem was that I thought that The Orville was mocking shows like Star Trek with its tone. Sure, we’ve seen shows making fun of our faves before. But with content like Galaxy Quest, it is clear that these kinds of productions are rooted in a love of the series they’re poking fun at.

The Orville follows Ed Mercer and his first mission as a captain, and is comprised of a fun crew of his ex-wife, Kelly, his friend and pilot Gordon, John LaMarr, Alara Kitan, Dr. Claire Finn, and Bortus. It is basically just the crew of the original series of Star Trek but in a winking fashion

As it tackles weirdly poignant issues, there is something about The Orville that doesn’t have me rolling my eyes. In season one, there is a lovely episode about our “cancel” culture and how we make an assumption without getting all the information first (as I may have done with The Orville in the beginning). When the crew goes to find out what happened to missing scientists, the crew of the Orville discovers one of their own caught in the crossfire.

He goes on an apology tour for dancing on a statue and still is almost, essentially, executed for his behavior. It could have very easily been a bad commentary on our own culture but instead, the episode provided a great look into how we live in a society where even the smallest of things can be blown out of proportion.

With a vibrant cast, an amazing group of characters, and a brilliant way of writing dialogue to sound like … well, again, like a Seth MacFarlane show, The Orville is may be one of the best new science fiction shows on television? I feel badly about judging right off the gate.

Sure, there are moments when it feels very much like it is mocking Star Trek: there are obvious calls to classic episodes (like one where Claire is separated from her kids and her two boys must work together with Isaac to find her) but overall, the show is entertaining, and it’s a great look at how we view our favorite sci-fi shows—and how we can make them feel fresh in the modern age.

SO, here is my official apology to The Orville: You’re great, I’m maybe attracted to Seth MacFarlane, and I can’t wait to see where this show takes us. Please continue to be just as weird and wonderful as you currently are.