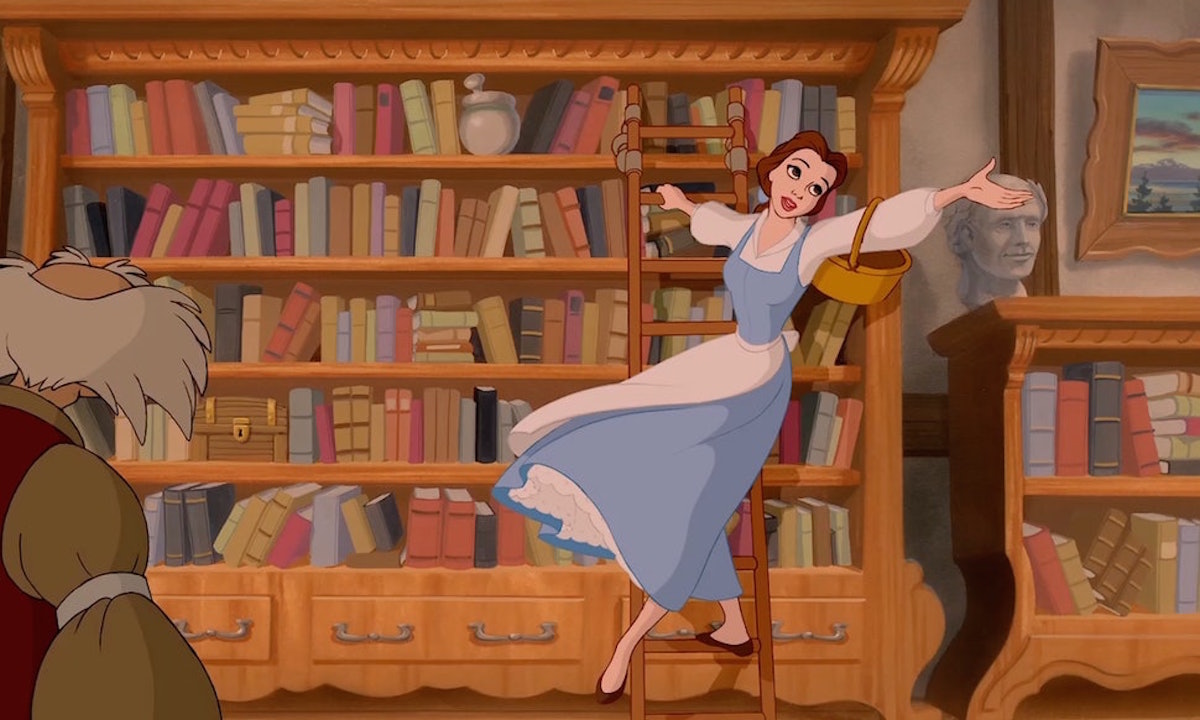 I don’t know how we’re still having this conversation but somehow, even now, in this, the year 2018, we’re still having to defend libraries. Even if a person doesn’t get why libraries are important, or even if they are weirdly, staunchly anti-library, you would think that by now they would have learned not to share that opinion online. Because Library Twitter is one of the smartest, most articulate, and straight-up vicious communities in the entire internet and they do not hold back.

Remember last year, when a NY Observer columnist tweeted out his terrible opinion that public libraries should be closed because “no one goes to libraries anymore”? And how within like a day he had to apologize to the 110,000 library users that had tweeted at him to let him know how wrong he was?

this is by far the best thing that happened on twitter in twenty-seventeen. pic.twitter.com/QhIj4eSPB7

Yet that wasn’t enough to stop Forbes from publishing an article by contributor Panos Mourdoukoutas, advocating for libraries to be replaced by Amazon stores. Seriously.

As Mourdoukoutas sees it, libraries are unnecessary because places like Starbucks have replaced them as a space where people can go and use the internet and hang out for free. He’s conveniently ignoring a lot here. Like the fact that libraries have computers and wifi for people to use, while Starbucks and similar spaces require you to bring your own laptop, and there is the matter of making purchases at the coffeeshop.

Or the fact that libraries are open spaces for many who are not comfortable (or even allowed) in a place like Starbucks, like the elderly or the homeless. The thoughtlessness of suggesting Starbucks are great alternative to libraries just a few months after Starbucks made headlines for having customers arrested for the crime of existing while black is staggering.

why would you tear down something so good and so beneficial to so many people just because you can’t comprehend the worth of the only public space we have left that’s not after our money? pic.twitter.com/L7dM17yJ6F

It’s bad enough to suggest that a source of free books and other forms of media could and should be replaced by a private business that sells all of those things, but Mourdoukoutas is clearly ignorant of all the other services a library offers beyond books, DVDs, and free wifi. Luckily, Twitter is here to inform him of the many benefits he overlooked.

Seniors pay 200 or more to have someone do taxes, but the library does it for free. Free movies during the summer for kids. They make ice cream and crafts. During storms and emergencies they function as shelters. It’s almost like my tax dollars bring safety and joy to people.

We provide computer and software training. We assist in job searches and all of the resources needed to do so. And in many rural communities, we are often the only source of internet access. In urban areas as well sometimes. Plus thousands of other services we offer.

4) Children’s Librarians are experts in early literacy. Like teachers. Should teachers be replaced with Amazon employees?@PMourdoukoutas @Forbes

aside from being useful, which they demonstrably are, libraries are noble and beautiful spaces

This is the only proper response to that terrible “Amazon should take over public libraries” piece in Forbes: pic.twitter.com/Jl7NJZ5ZRI

After that asshat tweet from Andre Walker last year, a library student going by the accurate handle of The Angriest Librarian (aka Alex Halpern) went viral with a scathing takedown thread. He, too, seems bewildered that we’re still having this conversation.

Are you out of your fucking mind https://t.co/ROcoCkPLGZ

We are out here just trying to survive, we are out here trying to provide what services we can to the people who need them and you want to take that little bit of public space left and give it to motherfucking amazon so you can save three bucks a month?

Mourdoukoutas tried to “clarify” his argument on Twitter, pointing out the thing everybody already knows: that libraries aren’t really “free,” as they’re paid for with tax dollars.

Buddy it’s time to give this one up. https://t.co/HboLdmKf2Z

No, let us clarify something. Your article is poorly researched, I’ll-informed, and fairly ignorant.

taxes are the goddamn price we pay to live in a fucking society you “I’ve got mine” relic of bad times and dumber ideas.

Hey dumbass: I’m a real librarian, your take is shit, Amazon costs taxpayers BILLIONS in subsidies, and I bet I could kick your ass in a fight @PMourdoukoutas https://t.co/eQ31gf34wF

Let me clarify something. If the *only* thing my local library did was help a domestic violence victim find information on the nearest shelter, I’d gladly pay double what you in taxes a year. And yeah, libraries do that sort of thing.

Maybe @Forbes doesn’t like that you can download their magazine free with your #SF library card. https://t.co/vqQk1BDMZE

It would be great if major publications like Forbes weren’t giving a platform to the opinion that local public libraries be replaced with for-profit businesses with a history of invading our privacy and mistreating their employees. But as long as they are, at least Library Twitter will be there to shut that sort of ignorance down.

As a public librarian, seeing the nation rise to eloquently and critically blow your rationales to smithereens is heartwarming.

normally when everyone is tweeting angrily about the same dumb article, I get burned out on it within a few hours but I hope we spend the whole next week collectively talking about how great libraries are and how shitty the anti-library article is

Every so often someone tweets something stupid about closing libraries and the outpouring of love and support for libraries in response makes me think we just might be okay after all. (Also we might not, the guy from the apprentice is literally the president)

While I have you here and you are passionately mad about the defense of libraries, please consider donating to the @ALALibrary’s Spectrum scholarship fund promoting diversity in librarianship. https://t.co/34ps8hGZ92