LGBTQIA Activism in the Trump Era 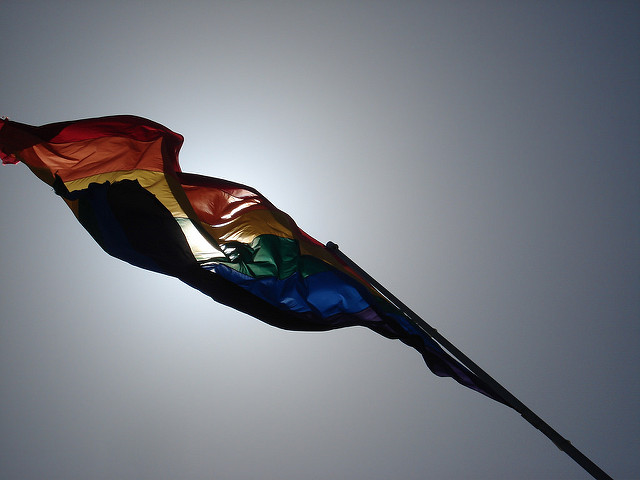 “I am absolutely terrified right now.”

“I feel sick to my stomach.”

“I can’t even believe this.”

These are just a few of the text messages that my Mother sent me during the wee hours of the morning as we continued to watch Election results roll in on November 9th. I can still feel the churning in my gut as I watched state after state flip red. I can remember how fear washed over me in a cold wave as all of my worst nightmares for 2016 seemed to culminate at once.

Then, Mom started to text me. My Mother who had come out, found love in the arms of a woman, and gotten married, all under President Barack Obama. My mother who has a heart that is too tender by half, and who works with at-risk communities as a nurse.

For a little while, I told her to hold fast. I wanted desperately, desperately, to believe that Hillary could still win. A part of me needed to. But as the night wore on, the specter of truth that our next President would be Donald Trump sank into me, turning me to stone.

Until I got angry. I got angry because, up until that point, I honestly thought the nastiest fights were over—that we were working towards an inclusive future for everyone. I got angry because my Mother was afraid, because Mom was suddenly at risk in a way she hadn’t been just a few hours prior.

“It’s gonna be okay,” I wrote back, fingers typing as fast as I could manage, “but this means it’s time to fight. There are thousands of us that will stand with you, and we will show the world this is not the country we believe in.”

As I talked with my Mother, trying to make sure she was okay, I was doing the same thing across social media. The overwhelming fear and reality of a Trump Presidency was destroying the fragile sense of safety so many of us had grown complacent to.

On November 9th, I grieved, and I let the fire consume me. I started reaching out to all of the people I cared about to make sure they were okay. I got in contact with Planned Parenthood and found information on marches and protests here in Baltimore.

While the Canadian immigration website crashed from terrified Americans checking on the requirements to flee north, I started to dig in: “I can understand if you’re scared, and I think you should make sure your Passport is up to date, but I’m staying.” There wasn’t fear when I typed this message; it was anger and a need to do anything, anything I could to be a part of the resistance.

“Are you safe?” As the news of hate crimes rolled in on the day after the election, and the white supremacists branded as the Alt-Right came out of the shadows, that anger crystallized, and I felt something I hadn’t felt in 8 glorious years.

I came out under President Bush. I was protesting while still in high school, unable to even vote yet. I remembered this drive to fight back, because it’s what I grew up under. It’s fear, and anger, and the ever abundant desire to rip away the shreds of the bindings that society would put on us. It was the understanding that it was time to fight again.

“If you need to hide, do it behind me.

If you need to cry I will hold you.

If you need to fight, I will stand with you.”

These are the words of a post on Facebook shortly after the election. As Mom and I continued to text back over the course of the week, I realized that she had never felt fear quite like this before. Not here, and not the multitudes of people who had come of age during President Obama’s two terms.

I’m only 29, but I remember the before. I remember what it was like to live in fear and to hide because that meant safety, and I know that there are thousands and millions of others like me. I know that Hillary Clinton won by nearly 3 million votes in the popular election.

I also know that complacency is what allowed this to happen. Millions of us are shocked and appalled and terrified. That’s fine. Be afraid of what could happen and use it to mobilize yourself. March, protest, sit in, and lobby. Call your senators and your representatives, go to Town Meetings, and run for office.

Now is the time when we draw a line in the sand, and we tell the racists, and misogynists and homophobes that we will not go any further. We reach out with compassion, tempered with the knowledge that never again can we, as a people, be so complacent to the societal ills that plague our neighbors.

This is a world of President Trump, and fear is how we got here, but it’s up to us to make sure that fear doesn’t win.