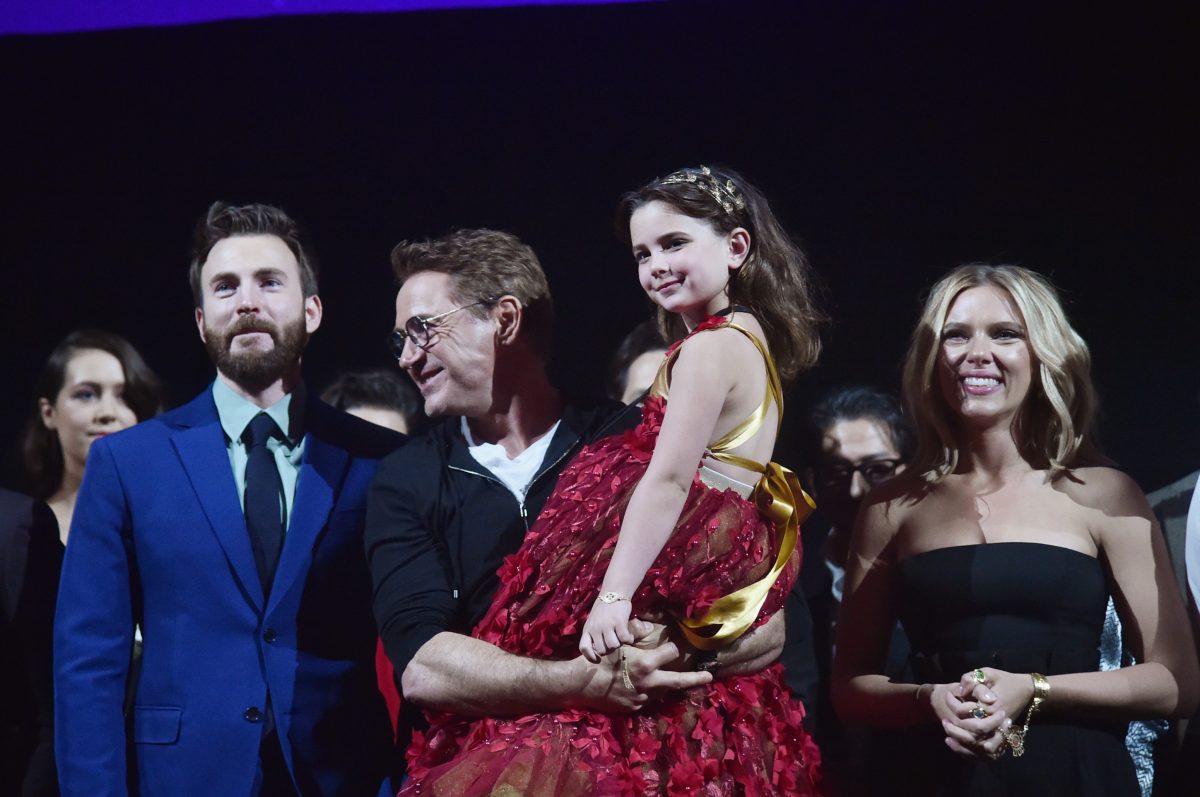 First of all, I say this with the biggest of hearts: Shame on you if you shame a child. Second, don’t shame their family, either, because of your opinions on a comic book movie. Now that that’s out of the way, let’s talk about Lexi Rabe, the adorable young actress who played Morgan Stark in Marvel’s Avengers: Endgame.

It’s no surprise that I love Morgan Stark. Since the mere mention of Tony and Pepper having a kid in Avengers: Infinity War, I was onboard—maybe because I love the idea of heroes with families they go home to every night. Whatever it is, I came out of Avengers: Endgame the biggest of fans of little Morgan. It helps that Lexi Rabe is absolutely adorable, and seeing her find joy in playing a part in the Marvel Cinematic Universe is wonderful.

What’s not wonderful is seeing people bully her and her family online. Look, the world of comic book fans is toxic, to say the least. You have to navigate it in the same way you’d navigate a minefield. A 7-year-old actress shouldn’t have to go on Instagram and post a video asking that people stop bullying her and her family. She’s a child.

From what the video says, it seems as if people want to criticize her family for how Rabe is being raised, and (a) that’s not your concern, and (b) what? Why are you bothering when Lexi Rabe has just been consistently cute on social media, interacting with fans? Her posts calling Peter Parker her brother had me laughing and in tears within seconds.

As you can see, Lexi Rabe had to make a statement against these “fans.”

I hate that we even have to post this. But yet again Lexi’s getting bullied. And this kind of thing makes it celebrities never want to leave the house never want to meet people. Please keep your opinions to yourself so Lexi can grow up in the free world. She’s a normal human being and she’s a child. We give her a talking and we give her timeouts but we don’t do that in public. Sometimes were rushing from place to place stressed like everyone else to get to set on time or work or whatever and we seem a little grumpy. I’m sorry if you see us this way but that’s life! If you ask us for an autograph we always almost say yes. If we happen to be having a bad day that might put us right on the right! We are not perfect! These perfect children are not being given the freedoms and the rights that they should. If your child is so scared to be themselves in public and mess up a little then you’re over parenting. We give our children plenty of rules and boundaries But then give them the freedoms to mess up and learn from their own mistakes. They would not be on set an on movies if they weren’t well behaved. Trust me they have no desire to hire kids like that! And there were plenty of children that productions can work with. So if you see us in public and think you have the right to judge. Wait. Number one until you have children of your own, and Number two realize that we’re not perfect and we’re not claiming to be! But just try to realize the different strokes for different folks what you do with your kids may work for you and what I do with my kids works well for me. My children love me and respect me even if they act out sometimes. Thank you! Jessica!

Please, don’t make me go Chris Crocker in defense of a 7-year-old and her family.

Be better fans. Leave Lexi Rabe and her family alone, and stop bullying online in general. There’s enough negativity in the world. We, as fans of the Marvel Cinematic Universe, should be embracing our love of the franchise, not yelling at each other over it.