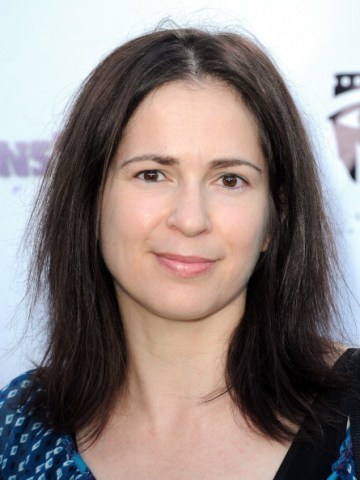 Lexi Alexander is one of our favorite directors. 1) Because she’s talented as hell, and 2) because she’s badass as all get-out.

In a recent interview with Vulture, she talks about what it was like to direct this week’s episode of Arrow, “Beyond Redemption” (she binge-watched three seasons of Arrow over a weekend to prepare!), why female directors don’t get opportunities in the superhero sphere, and why Colin Trevorrow needs to sit down.

All in all, I was there for three and a half weeks. Location scouting is a lot of fun, especially in a town where ten shows are being shot at the same time, because you’re constantly running into other crews scouting the same places. Then we all give each other side eye, because nobody wants to use a location that another show is using as well. It’s quite amusing, really.

It was very clear to me that TV is a writers’ medium and that a show in its fourth season comes with an established look and style. The first meeting I had with Kreisberg and [executive producer] Marc Guggenheim, they were very clear they were interested in me as a director because they believed I could bring something different and new to the show. So my directions were basically “same but different.” Now this might sound like I’m being sarcastic, but I’m not. I completely understood what they wanted. There’s definitely a way, even within an existing style and tone, to add something new or unique without making it look like it’s from a completely different show. I’m not sure if I completely achieved that, but I’m pretty sure the audience will see my fingerprint here and there.

What can I say? It sucks. It really does. When I first arrived here, after spending years as a competitive fighter and training U.S. Marines in hand-to-hand combat, Hollywood is the last place I would have expected to find such blatant bias and discrimination. It saddens me, not only for myself and other women directors, but also for the people who run an industry with this mindset. There’s something not right with a person’s soul when they judge another human being to be less adequate because of their gender or skin color. Both racism and sexism are a sickness, and it’s frightening that the world’s number one exporter of entertainment is so heavily affected by this sickness.

On Colin Trevorrow’s statement that “Many of the top female directors in our industry are not interested in” telling stories about superheroes or spaceships:

I think Colin needs to sit down in his director’s chair. It’s really very upsetting that he would make such a statement just to ease his guilt. I understand it must be hard to realize that the playing field you are collecting all your trophies from is not a level playing field, but that doesn’t mean you can just make inaccurate statements. How about using your privilege for good and demonstrating a little integrity instead of fueling Hollywood’s big denial of this issue further? And if integrity is too much to ask, just say nothing at all.

The entire interview is pretty great, so check it out!