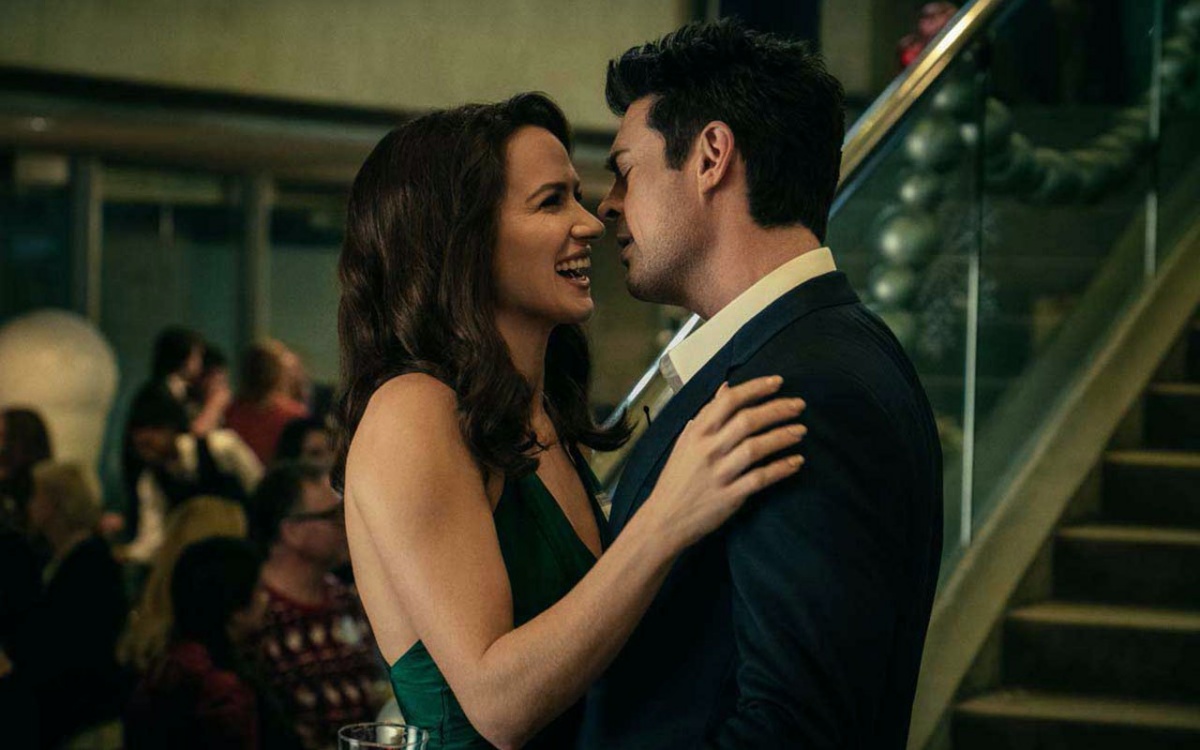 In the first season of Amazon’s The Boys, we find out that William Butcher (Karl Urban) has a pretty stereotypical motivation for revenge against the “superhero” Homelander (Antony Starr). Butcher believes that Homelander raped and murdered his wife, Becca (Shantel VanSanten). During the season one finale, it’s revealed that was only half right; Becca was raped but ended up having a son by Homelander and was spirited away by Vought.

Since that reveal, Becca has existed in mostly the same function as she did when she was “dead,” and that, especially after the season 2 finale, is very disappointing.

**Spoilers for Season Two Finale of The Boys.**

While rescuing her son Ryan from the grasp of the truly terrifying Homelander and Nazi bitch Stormfront, Becca is confronted by the latter and almost killed. Then Ryan, in order to protect his mother, releases an eye beam that slices Stormfront but also indirectly cuts Becca’s neck open.

As she bleeds out, Becca begs Butcher to keep his promise to protect Ryan and tells him that this wasn’t his fault. After years of searching, the woman Butcher loves is dead, Ryan now has the trauma of having killed his beloved mother, and Becca ultimately got super fridged. And it makes me upset.

One of my few complaints about The Boys during the first season was the number of dead girlfriends we had, with Robin, who gets run down into goulash by A Train at the start of the show; Popclaw, who is murdered by A Train in order to cover up his own trash; Mallory, who is murdered by Homelander to prove a point that he can’t be controlled by his mommy issues; and finally Becca, whose presumed death made Butcher the man he is.

Most of these women fall under the uncomfortable trope of Women in Refrigerators, and most of them died helplessly in situations that had nothing to do with their autonomy, just in ways they could be used to further a man’s story. Even in the gender-flipped case of Kimiko and her brother, he served a larger narrative purpose than just being her brother as the scapegoated “super terrorist” that would help Vought sell more Compound V.

I was glad to see Becca was alive, but quickly, she was shown to only serve two roles: Butcher’s wife and Ryan’s mom.

Becca was taken, along with Ryan, to see if being raised with his mother would make him not evil like Homelander. That’s why Becca exists, to be this moral foil attached to Ryan and Butcher. There is nothing more to her, even though we know she also has a sister and family that was left behind. Hopefully, in season three, they maybe decide grandparents are just as good as a mom.

I love The Boys a lot. It surprised me in a lot of ways, and despite a lot of the rushed and weird character leaps that the story took, I was all in. However, the way Becca was written was just glaring to me. When it was shown that she was hurt, I uttered, “Ugh, I don’t like that.”

It feels just so clichéd for a show that has worked so hard to be subversive. It has managed to give every character, even The Deep, something more to do than what was expected. Yet, with Becca, I saw the epitome of the sexy lamp trope, and now, with her death, that is all she can be.