Let's Talk About THAT Shocking Moment in The Handmaid's Tale 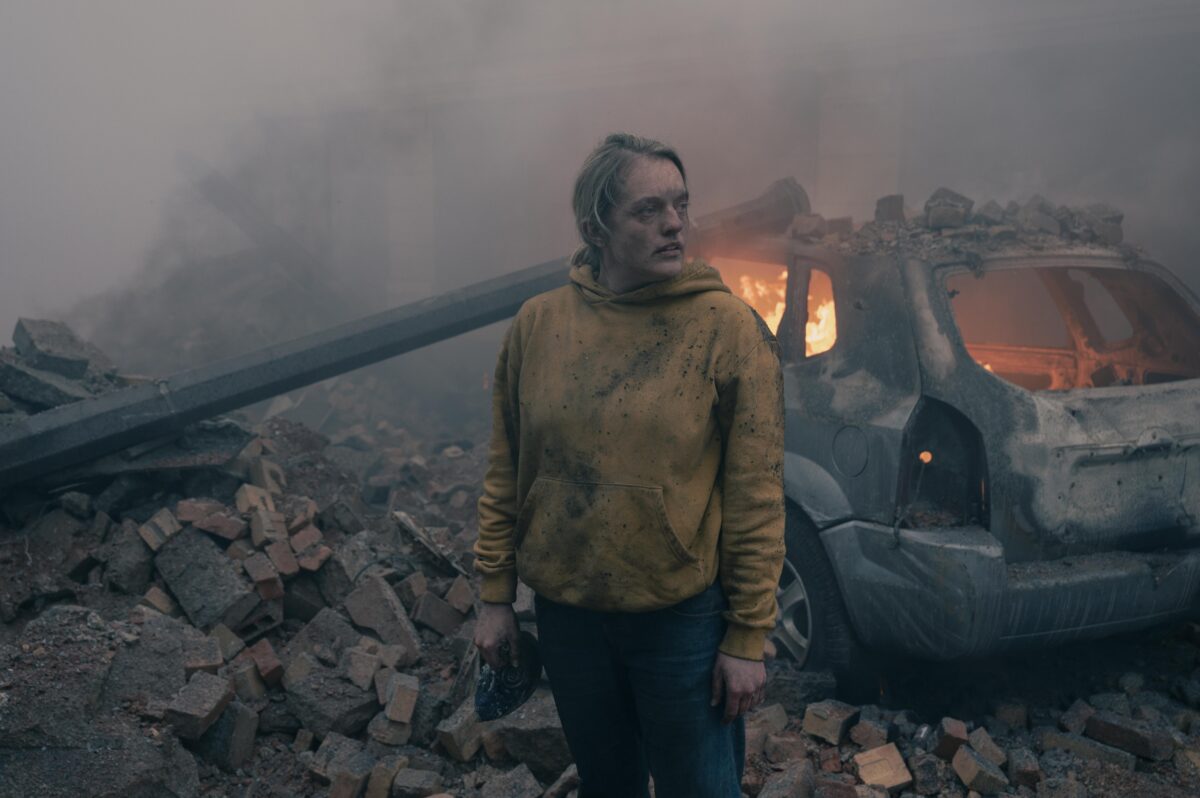 After 7 years of suffering at the hands of Gilead, after near-escapes and last-minute reprieves and a boatload of God-tier plot immunity, June Osborne (Elisabeth Moss) finally lands in Canada. It’s an optimistic and hard-fought ending to the character’s long-suffering journey that sees her reunited with her best friend Moira (Samira Wiley), estranged husband Luke (O. T. Fagbenle), and her baby daughter Nichole.

It’s a moment of great catharsis for viewers, who have been frustrated by a show that has kept June on a hamster wheel of suffering and torture for four seasons now. Many fans (myself included) have criticized the series for dangling the promise of Canada one too many times so that June can reject it and return to the Waterfords for more punishment.

But everything is different now: from the moment June sets foot on the golden shores of Toronto, she experiences a disorienting amount of culture shock. A high-priority intelligence asset and a folk hero, she is whisked off to a five-star hotel for luxury treatment. And with June’s arrival comes a dramatic change in the series itself and a long-overdue resetting of the table. The core cast of characters are all now reunited in Canada, which includes Fred (Joseph Fiennes) and Serena Joy Waterford (Yvonne Strahovski) who are imprisoned and awaiting trial for war crimes. For a series often criticized for spinning its wheels, The Handmaid’s Tale is finally (finally!) telling a new story.

But while June has escaped what was once America, Gilead is still very much within her. June has spent the last 7 years of her life in a constant struggle for survival, enduring countless sexual assaults, beatings, tortures, and watching her friends and allies murdered before her eyes. Now that she has arrived in Canada and is no longer being chased, her PTSD and trauma come flooding to the forefront. A trip to the supermarket sparks flashbacks of Gilead.

And while June is reunited with her family, she feels isolated and alone. Luke and Moira, who have spent the last year co-parenting Nichole, have developed a platonic but intimate shorthand with one another, with June the odd woman out. June also struggles to reconnect with Luke, and can’t bring herself to tell him about the last time she saw their daughter Hannah, who didn’t recognize her and was afraid of her own mother. June carries immense guilt for being unable to save Hannah, as well as the guilt she carries for all the Marthas and handmaids who died to protect her.

The emotional whiplash of her circumstances come to a head when June finds out that Serena Joy is pregnant. Something inside her snaps, and she arranges a late-night visit to Serena’s luxury cell to confront her (sidebar: why are the Waterfords’ holding cells so fancy? And they have access to cashmere sweaters?! This can’t be how prison works in Canada, right? If any Canadians are reading, please let me know in the comments).

June confronts Serena, who prostrates herself before June, begging for forgiveness. June lashes out at her in a long-awaited release of anger and rage. She calls Serena out for ruining her life, raging “Do you know why God made you pregnant? So that when he kills that baby inside your womb, you will feel a fraction of the pain that you caused us when you tore our children from our arms.” She then stands over a cowered Serena screaming “Do you understand me?!” in a reversal of Serena’s same threat to June seasons ago.

It’s a long-awaited moment, to see June finally holding power over Serena and excoriating her for her myriad sins. And it’s a deeply satisfying one as well, thanks to the stunning performances of Moss and Strahovski.

But then comes a truly vicious moment in a series with no shortage of them. June returns home, high on eviscerating Serena Joy. She climbs into bed with Luke, and initiates sex. He protests and says “stop” multiple times, but June holds down his hand and covers his mouth, ignoring his pleas.

The choice to have June sexually assault her own husband is a deeply dark and disturbing moment. But sadly, it’s not unbelievable. The series has taken the adage “hurt people hurt people” to its most logical and brutal extreme. June’s darkness is something we’ve seen explored before: after all, she’s killed people, and the series premiere saw her encouraging a 14-year-old girl to stab her rapist. Seven years of assault and torture has twisted June into the worst possible version of herself, making her unrecognizable from the June of Before. But while many of June’s transgressions can be excused by her will to survive, this one is aimed at someone she claims to love, someone who is not an architect of her oppression.

It also begs the question of what lies ahead for June. Are her awful actions forgivable or has she been altered so fundamentally as a person that she cannot be saved? If the series is positioning June to become the villain, then what does that mean for the future of the show? The final moments of the episode see June describing Serena Joy, when she could just as easily be describing herself: “She’s pathological. She’s a sociopath. She’s toxic and abusive. She’s a monster.” June ends with, “So if you feel yourself getting sucked in by her, run. Run for your life.”

There have been plenty of prestige dramas that explore a man slowly devolving into villainy (hello Walter White), but women have rarely been afforded their own. Time will tell whether this is June’s Joker moment or her rock bottom. But knowing The Handmaid’s Tale, there are always deeper darker depths to sink to.