Let’s Just Talk About How Great Gina Torres Is

The world is bad, but you know what makes it better sometimes? The fact that Gina Torres is in it. Gina Torres, actress, Amazon, Afro-Cuban icon, Taurus, and most importantly, New Yorker, has been a part of television and film since the ’90s in roles that highlighted her strength, her skills, and her beauty.

She was the first woman of color I’d ever seen play Cleopatra (even though Cleopatra isn’t a WOC, the optics were still important at that point in my life) in Xena: Warrior Princess, and she now finally stars on her own show, Pearson, as not just the main role, but the face of the series. So, just because we can, let’s talk about our favorite Gina Torres roles and roles that could have been.

Xena and Hercules may have come out first, but the first thing I remember watching Gina Torres in was the show Cleopatra 2525, which aired for two whole seasons and 28 glorious episodes from 2000–2001. Was it a good show? Who could say, but what it did give me was a weekly guaranteed dose of Gina Torres in outfits that showed off her long long legs. Wow … the things you realize once you finally know you’re gay. 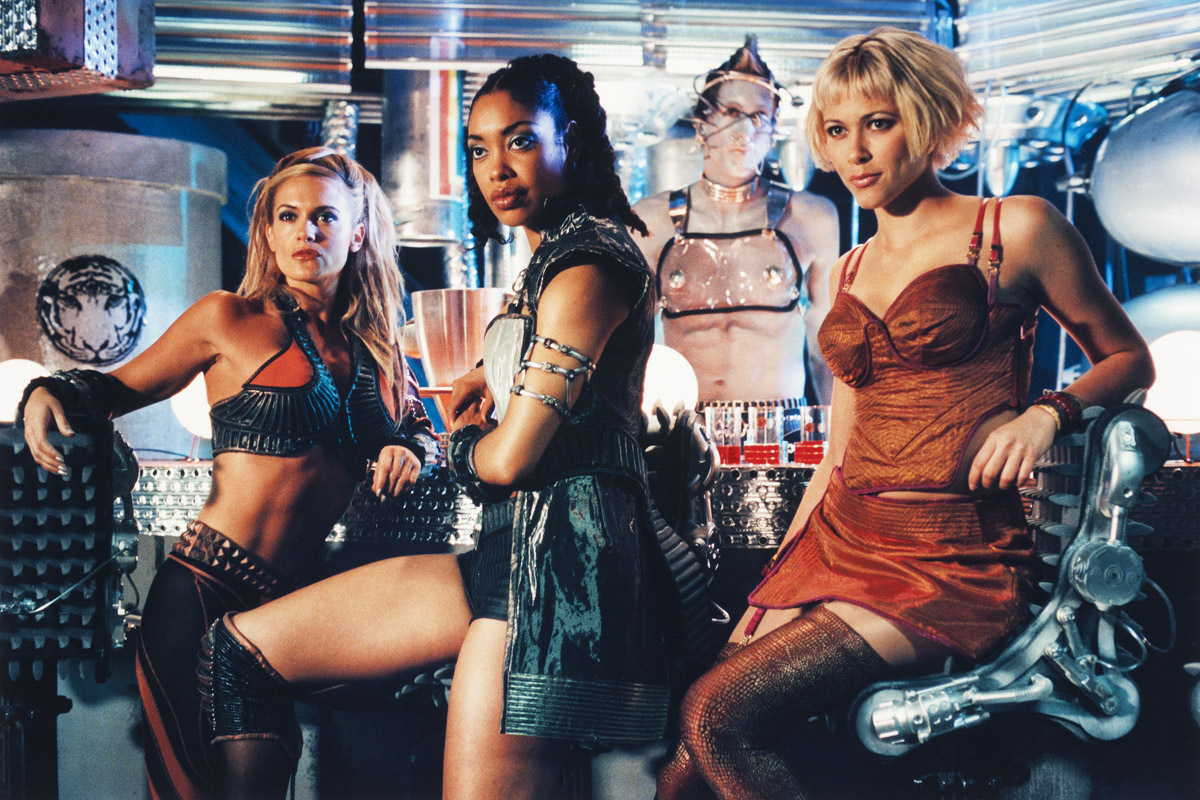 The show was part of the “Back2Back Action Hour” (yes, it was called that), along with the Bruce Campbell-led show Jack of All Trades. Cleopatra 2525 is very dated, but Gina Torres as Hel is great. It’s definitely a proto-Zoe role, but most importantly, Torres is front and center. In most of the promotional material, she’s either in the middle or front and center (the Beyoncé position, if you will). It allowed me to see her potential as a leading lady in a futuristic series where robots had taken over (pre-gaming for her role in The Matrix). For that alone … I own it on DVD. Also, she sings the theme song.

Ah, there are so many to choose from, but I’d have to say that it’s a tossup between two roles: Anna Espinosa in Alias and Phyllis “Bella” Crawford in Hannibal. Alias is a show I really enjoy (and honestly proof that Jennifer Garner in her career prime would have been an amazing Black Widow), but I especially loved Gina Torres’ guest appearances on the show as Anna Espinosa.

Anna is a rival spy who works for K-Directorate and is pretty much acknowledged to be Sydney’s equal, if not superior, in the field, even if Sydney had to win. Gina was a fantastic villain, and they had great enemy chemistry.

Getting to play Bella on Hannibal was just a very different experience from the usual Gina Torres roles. It was more of a quiet strength than the usual amazon badass roles we get her in, and while I love those, I enjoyed that Hannibal gave her scenes to remind us that she’s a damn good actress. Playing a woman who is dying from cancer, but wants to keep it from her husband to spare him the pain, but also maintain her dignity, was a beautiful role, and while we knew she was going to die from the beginning, they still made the role a meaty one.

I don’t care, but I’ll always be salty that Gina Torres wasn’t Wonder Woman. Yes, I know the excuse is that she’s too old for the role, but frankly, I think that’s bullshit. Gina Torres had the physicality, the presence, and the fan appeal that would have made her a great Wonder Woman. She’s a badass, so why not let her do it?

If it wasn’t going to be Lucy Lawless, then it should have been Gina Torres. Right now, I’m rooting for her to be Big Barda, because if we don’t get her in the DC Live-Action Universe in some way, I’m calling shenanigans.

The world is a dumpster fire, pop culture is stagnant, so let’s just talk about Gina Torres and all our under-apperciated television actresses who should have ten times more success.