And how it might not always mean what you think ... 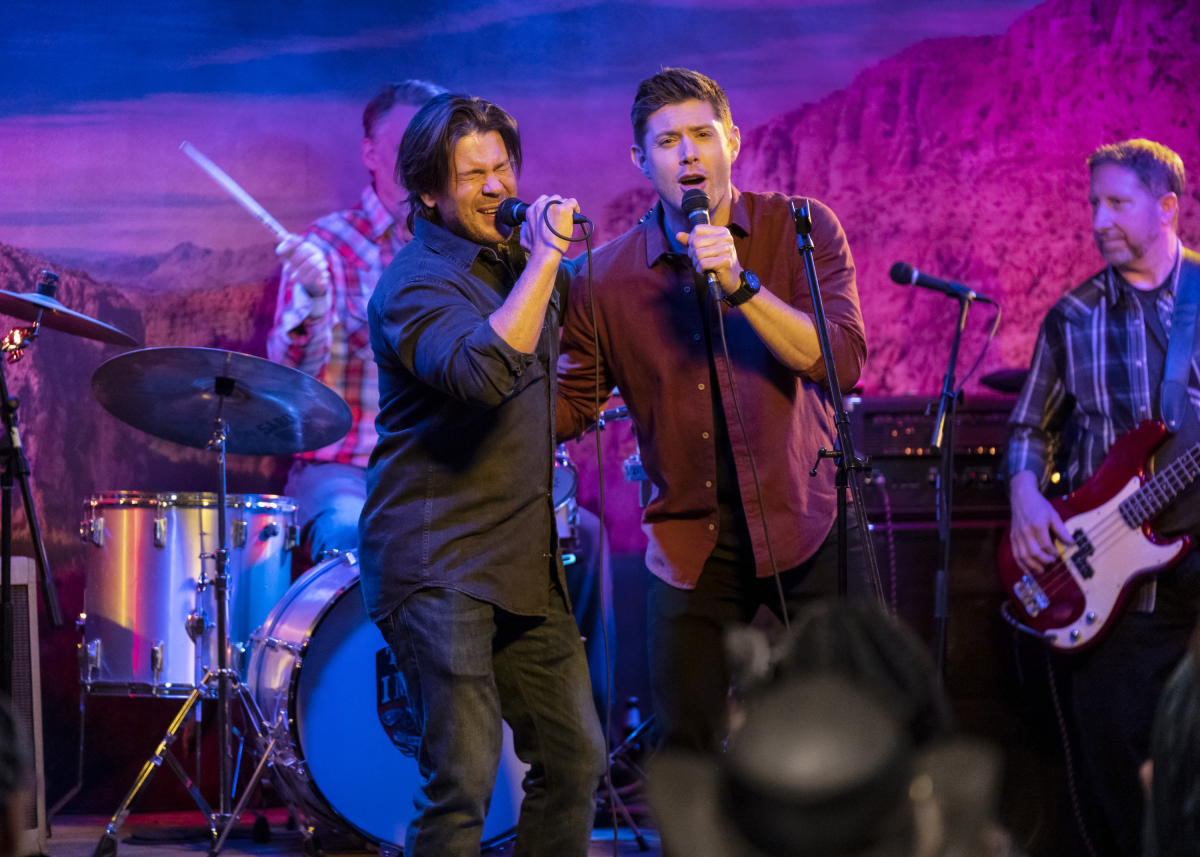 Sometimes it seems like you can’t turn on a screen these days without seeing characters wreathed in pink, purple and blue. From Frozen II to John Wick, the phenomenon known as “bisexual lighting” has deeply established itself in the visual aesthetic of movies and television. And audiences see it not just as a beautiful cinematic image, but a possible clue to a character’s hidden sexuality.

Just this week the above image from an upcoming episode of Supernatural made the rounds and fans, who have long theories that Dean Winchesters (Jensen Ackles) is bisexual, jumped on the colors behind him as yet another bit of proof that Dean is bi. While I don’t want to discourage fans from their headcanons (I totally think Dean can be read as bi and that’s personally how I read him), the prevalence of “bi lighting” is actually a much more complex, and a technical film phenomenon.

Bi lighting has been getting press for a while now. Last year, YouTuber KyleKalgren made a really excellent video essay on the subject after there was much internet discussion about the prevalence of bi lighting in films last year.

This is a great video and it gets to the point quickly that, while the bi flag—which the bi lighting is theoretically meant to evoke—was created in 1988, and the use of purple, blue and pink in cinema was around before that. Further, the general cultural consciousness that a bi flag existed is even more recent.

Even so, it’s tempting to think that filmmakers of recent years have used this bi palette to allude to character sexuality, especially when the text of a show or movie cannot. For example, the bi lighting in Atomic Blonde, which featured a canonically bisexual heroine. Or the bi-touches in the finale of The Legend of Korra, which contained subtextual bisexuality and a queer ending. 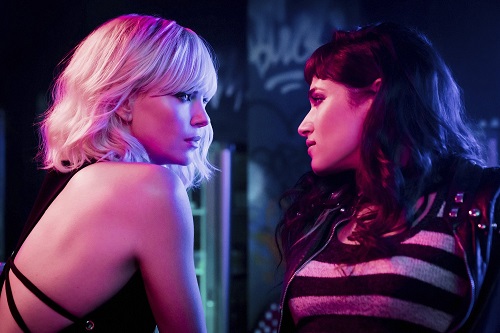 Bi lighting is definitely used on bi and queer characters. But that … doesn’t explain everything, so as Kyle did, we’re going to get into the science because it’s actually pretty neat.

Please forgive the following over-simplification. All colors we humans see are combinations of the three wavelengths of light (reddish, greenish, bluish), the different types of cones in our eyes detect. Smarter people than me have reduced these combinations to this very cool thing called the “CIE chromaticity diagram” which represents all the colors we can see. Here it is: 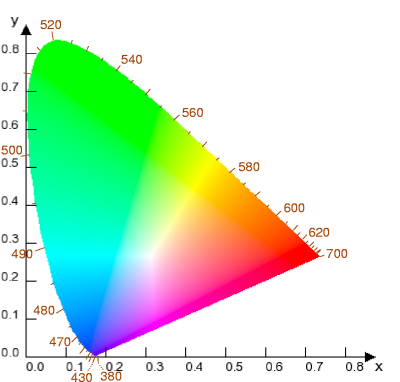 See that line at the bottom? It’s called the “line of purple.” The colors along the curve are pure, spectral colors but the purples and reds at the bottom are actually combinations which means that purple, essentially … is sort of an optical illusion.

Finding this out cleared up some things that had always confused me: namely, why purple was so often left out of the rainbow or the line up of red, orange, yellow, green, blue, indigo, and violet we all learned as kids. Turns out it’s because purple is extremely special are rare and technically, not part of the natural spectrum of pure light that makes color.

That line of purple is … basically the bi flag. And the weirdness, color-wise, of purple is why it has become associated with magic, aliens and the unknown. The bi lighting scheme was popular in the 80s in neo-noir, and we see it often in sci-fi, fantasy or action movies where a character in an unknown, dangerous place. But purple has always been the color of royalty and the divine—and so also, something special. Therefore, in these cases, the color scheme isn’t a secret message about sexuality, but a visual shorthand for otherness or otherworldliness.

Anna, Elsa, and Kristoff venture into the bisexual color palette of the unknown.

Now, very often, otherness and bisexuality are things the coincide. A character can be both bisexual, and other. And otherness is an extremely queer experience in general, which is why, in a film like Frozen II for instance, we get a strong bisexual color scheme that serves as visual shorthand to the magical nature of where the gang is going … but also, perhaps, to reinforce the subtextual queerness of its heroine.

So, bi lighting and the pink-blue-purple color scheme can be and often is used to emphasize queer stories or stories that are queer in nature, but it’s not always the case, which brings me back to Supernatural and other shows where fans take the color schemes as part of a larger coding about a character. (See for example the BBC Sherlock). In Supernatural, we see purple used a lot—when magic is afoot.

So, when we look at the picture of Dean with guest star Christian Kane, we can definitely think “oh boy that’s pretty bisexual,” but it might be more in keeping with the text and intention of the shot to guess “oh, something magical is happening and this is probably an illusion of some sort.”

Bi lighting is a really interesting topic to get into because it exemplifies a lot of things about art and film-making. There are the technical aspects of it: how we use new film techniques to show colors we can’t see in nature and how that subtly tells us about the world on screen. But it also gets into how we can all take different things from something as simple as a combination of colors.

So, we’re not saying bisexual lighting is one thing or another. In fact, and fittingly, we are saying that bi lighting … can go both ways.