Let It Snow: Is the Netflix Holiday Flick a Love Actually for Gen Z? 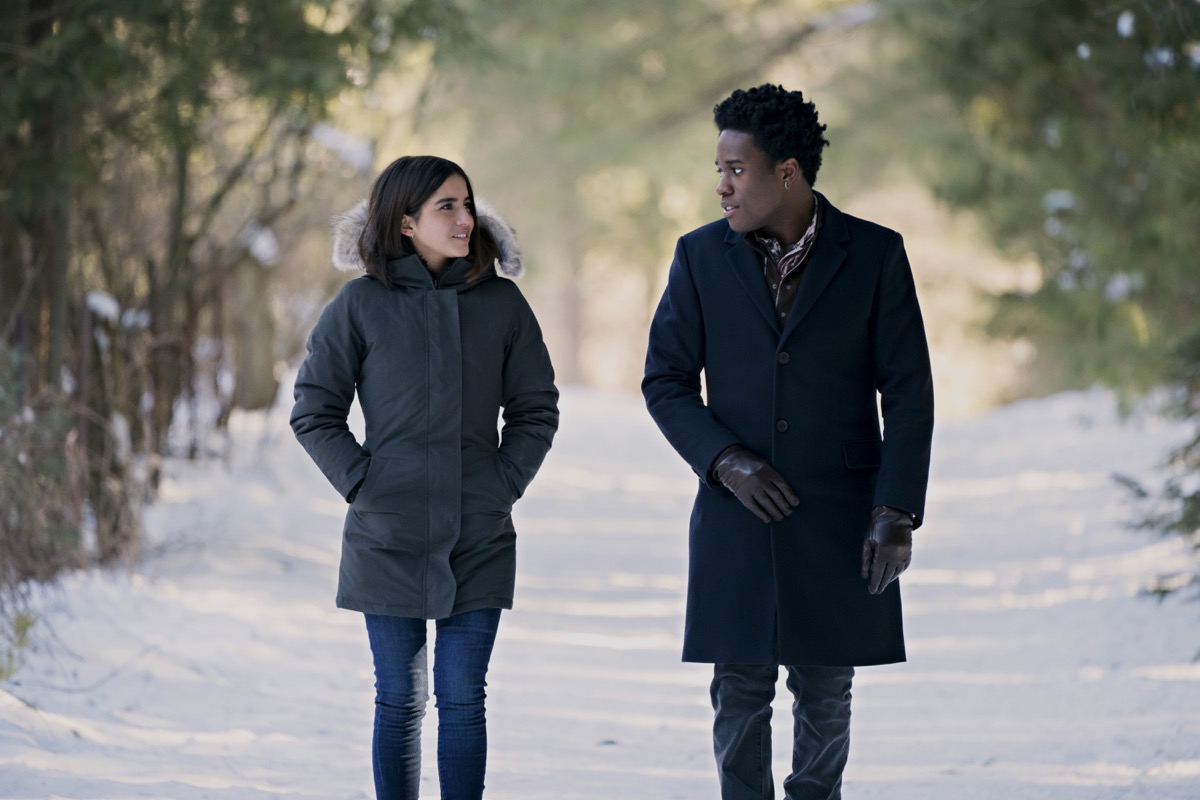 Oh, the weather outside is frightful, but the fire is so delightful. And since we’ve no place to go, Let It Snow? Well, not quite.

This rather unoriginal Netflix original movie, part of a vast catalogue of holiday flicks released by the streaming platform, is set in the Illinois town of Laurel, hit by a once-in-century snowstorm. And right on Christmas Eve, of all days! Laurel’s high school seniors do have bigger problems than snow blocking the roads. Ever heard about love? Love at first sight, unrequited love, friendship turning into love, BFF love, mother-daughter love … You name it, Let It Snow has it.

If this feels like entering the dangerously harmless territory of Christmas clichés, it’s because that’s exactly what Let It Snow does. Christmas cheer abounds in this Love Actually for Generation Z, addressing our relationship to others, fame, and technology in the most annoying, pedagogic way.

**Spoilers for Let It Snow ahead.**

A whiny, entitled bunch of teenagers talking about love at Christmas? Ugh. But before you puke in your mouth just a little, they also discuss having the party of a lifetime, going to college, coming out as queer, and making it at the job they’ve always wanted to have.

However, these very same elements that made Booksmart so great just don’t deliver here, snowed under a plethora of already-seen Christmas situations.

Let It Snow has to rely on its interesting cast to proceed as smoothly as a sleigh ride. Just you wait until an ever-great Joan Cusack shows up covered in tin foil, giving out life-saving rides and dispensing matter-of-fact life lessons as the town’s weirdest yet wisest resident.

Cusack stars opposite some of today’s most promising young actors, such as Kiernan Shipka, a.k.a. Chilling Adventures of Sabrina’s very own Sabrina Spellman, and Santa Clarita Diet’s Liv Hewson.

Although a bit bland in content, this feel-good flick isn’t just comfortable, lighthearted Christmas fun. Let It Snow is a timid step forward for representation, but a step nonetheless. Based on the young adult novel of the same name by Maureen Johnson, John Green, and Lauren Myracle, this Luke Snellin-directed holiday movie takes the book further by having a diverse cast and introducing one of the first female queer couples a holiday movie has ever seen.

Hewson stars as Dorrie, a waffle house waitress falling for closeted cheerleader Tegan (Anna Akana), who’s sending her mixed signals. Both actors identify as something other than straight, with Hewson being a non-binary lesbian and Akana discussing her bisexuality with her YouTube followers.

The story seems to tick the boxes of representation so diligently that it crosses into feeling tokenizing at times. Yet, compared to the usual Hallmark-dominated landscape of straight-up straight, white, and boring holiday movies, this does feel like a breath of fresh air.

Let It Snow is an inclusive little holiday tale for when the weather outside really is dreadful, but definitely not one worth booking your night off for.