5 Things Every Fantasy Writer Can Learn from Earthsea

We're looking back at some of the lessons to be learned from Ursula K. Le Guin's brilliant Earthsea series. 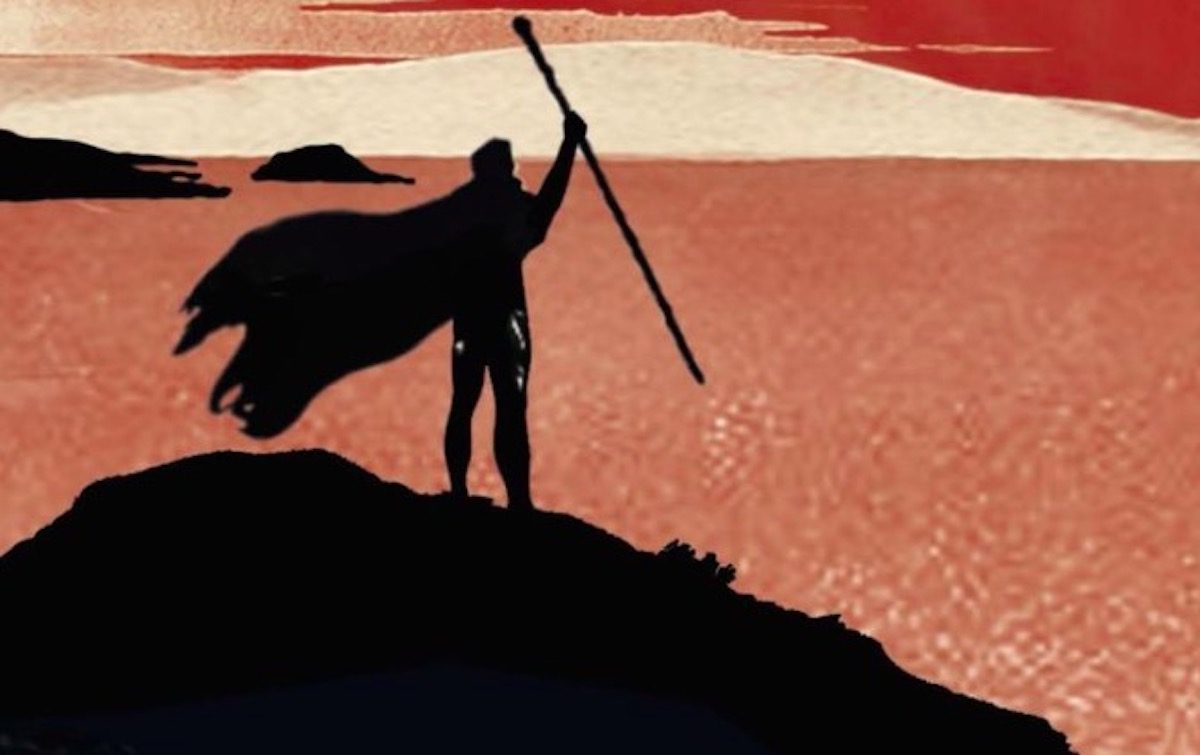 There are certain books that you take off the shelf and hand to someone solemnly, like you’re passing down a secret. Wizard of Earthsea, the first book in the series of Earthsea fantasy novels by Ursula K. Le Guin, is one of these. Earthsea hasn’t gotten the same media play as other fantasy sagas like Lord of the Rings or Game of Thrones, but maybe that’s better for a series like Earthsea. So much of each book is taken up by silence and the looming presence of the ocean, sky, and earth that it’s almost meditative.

With Ursula K. Le Guin’s recent passing, now is the perfect time to look back on the series and appreciate her genius. Here are five aspects of Earthsea that may prove very inspiring to fantasy writers.

1. A Magic System That Brings the Rest of the World to Life 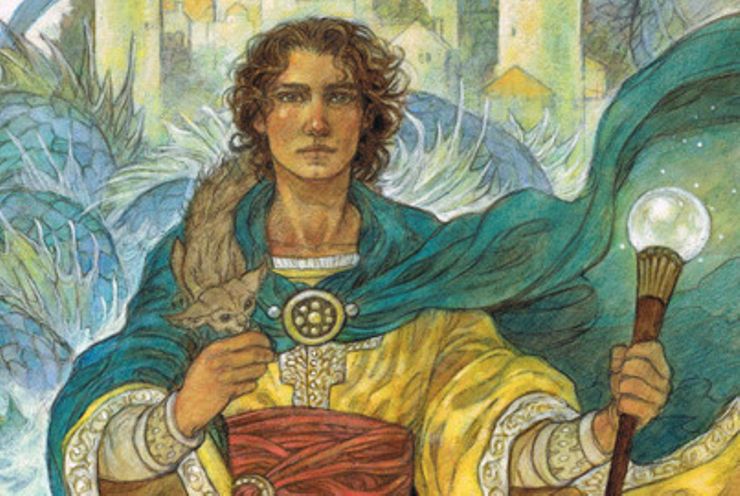 In Earthsea, everything from goats to islands to thistle plants has a True Name, and wizards gain power over those things by speaking their names. A lot of fantasy magic (and real-life ritual magic) is based on magical names, but what makes Earthsea special are scenes like the one where Ged enters a small courtyard with a fountain and meets the Archmage for the first time. He hears a bird sing and …

“In that moment, Ged understood the singing of the bird, and the language of the water falling in the basin of the fountain, and the shape of the clouds, and the beginning and the end of the wind that stirred the leaves: it seemed to him that he himself was a word spoken by the sunlight.”

So much reverence and wonder is packed into this scene, and it shows that True Names aren’t just words of power used by humans—everything is made of words, and in understanding them, you begin to understand the nature of life. A lot of fantasy writers get caught up in the particulars of their magic system, but Le Guin demonstrates that magic should be an expression of the fantasy world as a whole.

Fantasy nerds love to geek out over the maps included in the front of their favorite series. Often, these maps bear some passing similarities to each other, and are meticulously detailed. For instance, compare the map of Alagaësia from Christopher Paolini’s Inheritance Cycle to the map of Tolkien’s Middle-earth below. Notice some similarities? 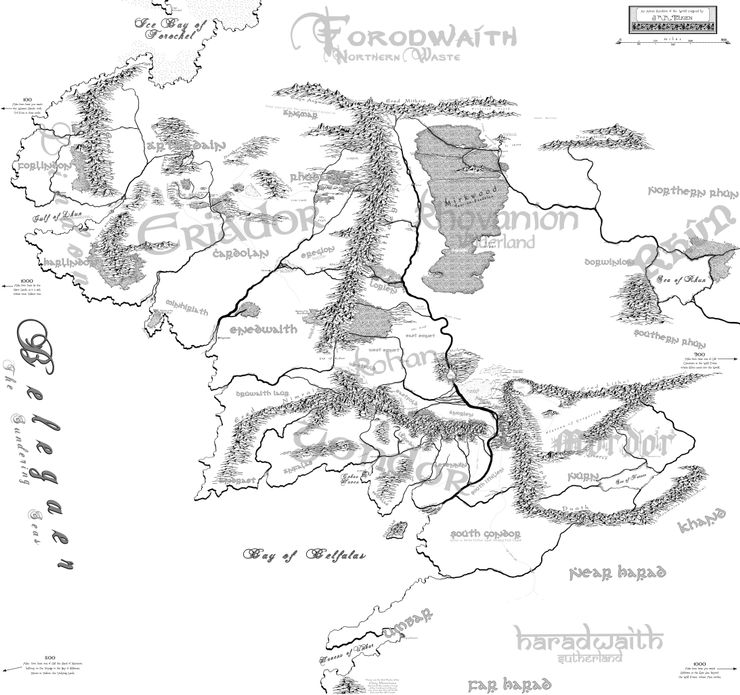 They both have a big ocean to the west, long mountains ranges, and an Elven forest in the northeast. Of course, Tolkien’s work clearly inspired Paolini’s series, and both works draw from the same mythological source material.

But most fantasy lands have something in common with those maps. When not following the “giant chunk of land bordered by an ocean” format, most fantasy maps go with three to five big continents, with at least one of those being populated by the evil empire or a strange, exotic culture no one really knows about (like Ulthos from A Song of Ice and Fire).

Meanwhile, this is Earthsea, an archipelago made up of hundreds of islands: 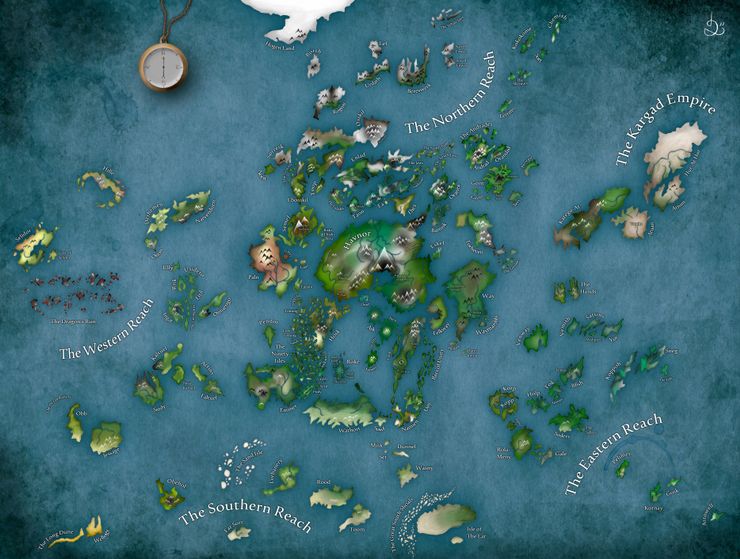 By making a Earthsea big and hard to travel, limited world knowledge is built into the stories and sailing becomes a major element of the series. The series is good at making you feel like the world is rich and expansive, but it’s okay with keeping much of it in the background to focus on the story at hand. In a genre where authors are given free rein to indulge in minutiae, Earthsea leaves a lot up to the imagination.

3. Characters That Evolve Dramatically Throughout the Series 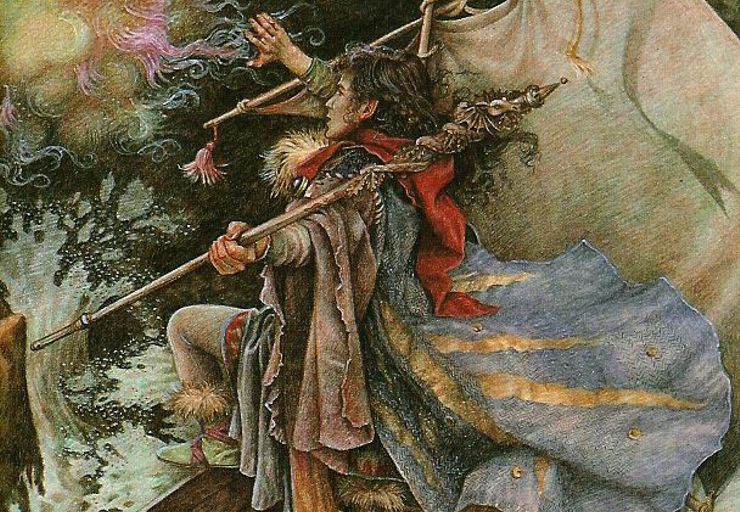 Fantasy heroes are often the least interesting character in their own stories. One of the big reasons is that they aren’t allowed to change too much—for all the trials they overcome and friends they lose, the story usually isn’t about their development as people, it’s about them saving the world.

Over the course of the Earthsea series, the protagonist Ged changes dramatically: in Wizard of Earthsea, he starts out as an ambitious, prideful kid who craves power and respect, but by the end he’s a sober, wise, and quiet adult who’s faced his own death. Ged doesn’t have plot armor to protect him from danger, either—if anything, the book spends a lot of pages stopping the action to show him recovering from his horrible mistakes.

What’s funny is that, on the surface, Wizard is just another coming-of-age story: when asked to write a fantasy novel for the “eleven up” crowd, LeGuin asked herself “How does a boy learn to be an old guy with a white beard who can do magic?”

The answer? Adventures. Mistakes. And a lot of pain.

When compared to 700-page doorstops like the A Song of Ice and Fire novels, Earthsea is refreshingly succinct and straightforward. Like Ogion, Ged’s wise but laconic mentor, every word of Le Guin’s is carefully weighed before being put on the page. This economy of words means her prose reads more like poetry, especially when it comes to the sounds. According to Le Guin herself:

“Most children enjoy the sound of language for its own sake … Some writers keep this childish love for the sounds of language … Others “outgrow” their oral/aural sense of language as they learn to read in silence. That’s a loss. I think an awareness of what your own writing sounds like is an essential skill for a writer. Fortunately, it’s quite easy to cultivate, to relearn, reawaken.”

In a series about mages choosing the right words for the correct time and place, Le Guin’s prose shows that she can accomplish in a sentence what others try to do in a whole page—and that’s a different kind of magic.

5. Don’t Feel Compelled to Define Your Stories by Tragedy

One of the most common charges leveled against the fantasy genre is that it’s escapism—instead of portraying reality, with all its ambiguity and difficult truths, fantasy is seen as safe, comfortable, and unchallenging. When A Wizard of Earthsea was released in England, Le Guin was met with similar criticism: the book was too “consolatory” and “reassuring” for adults, said a review.

RELATED: What If Your Dreams Were Public Knowledge?

Every fantasy writer should take Le Guin’s response to heart:

“Are we writers only to threaten, terrify, and depress our readers with our ruthless honesty: have we not as good a right to offer them whatever comfort we’ve come by honestly?”

As Margaret Atwood has noted, Earthsea deals with “life and mortality and who are we as human beings, and what is the relationship between our darker side and the rest of us.” There’s plenty of grief and anguish in Earthsea, but it’s not defined by it, and it shouldn’t be. Neither should fantasy.