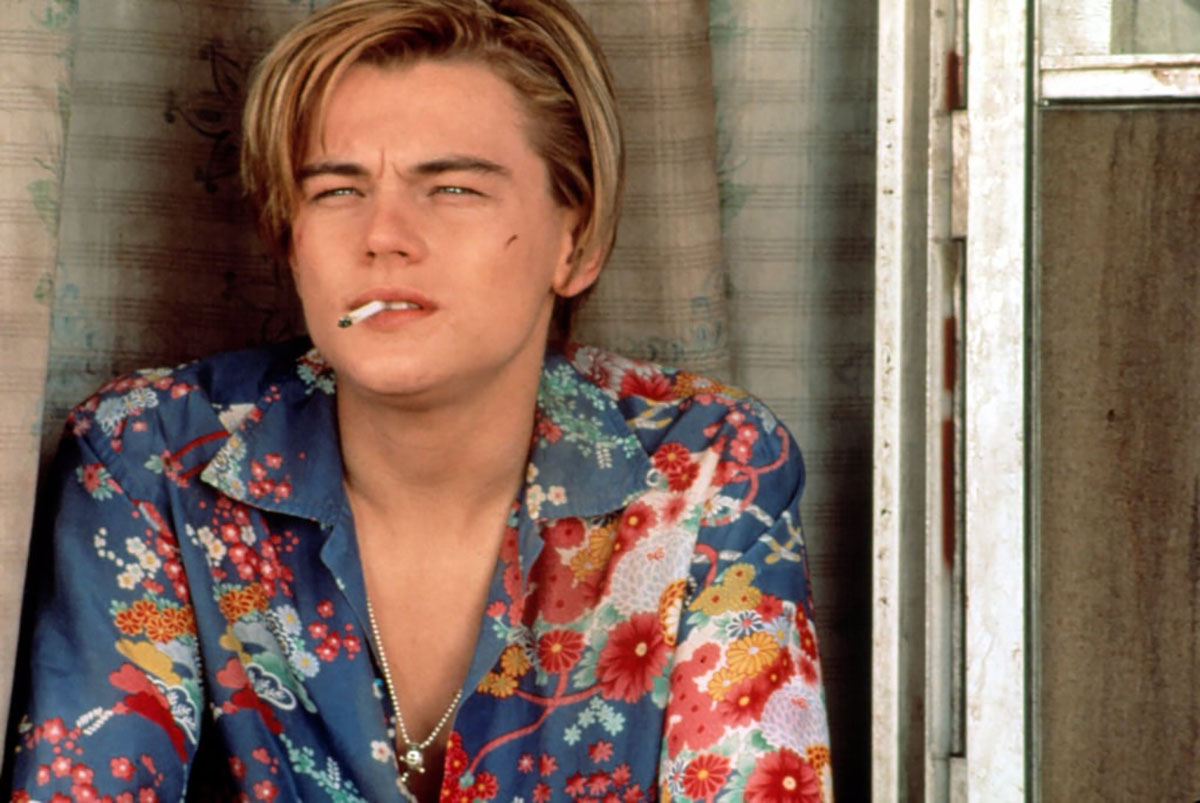 A conversation among employees at Slate has now made its way to the internet and has all of us heated. Or maybe I’m just really mad and reading everyone’s tweets about this debate and thinking they’re angry too. The question? When Leonardo DiCaprio became a star.

When director Céline Sciamma talked to Vox about her film, Portrait of a Lady on Fire, she made this comment about why her love story is much like the Titanic:

Leonardo DiCaprio was totally androgynous at the time. DiCaprio and Kate Winslet were both not known—not stars—so there was no power dynamic between them. Like, if you look at the sex scene in Titanic, she’s on top. He’s the one who’s being totally fragile and insecure.

While Céline Sciamma was 18 years old, living in France, when Titanic came out, Leonardo DiCaprio may have not hit in the same way there as he did in the United States. I don’t know her life. But in America? He was famous.

So here is where the debate begins: Leonardo DiCaprio was very much a star prior to Titanic. In fact, he had already been nominated for an Academy Award for What’s Eating Gilbert Grape and starred as Romeo in Baz Luhrmann’s Romeo + Juliet before Jack Dawson took our hearts and broke us all.

Slate‘s chat, however, went into whether or not he was “famous famous” or just a teen heartthrob, and here is where the internet is fighting because … what’s the difference? He was famous. When we talk about teen heartthrobs today, there isn’t really a difference, and I think part of the argument is that Titanic was the stepping stone into Leo becoming the Leo we know today, but again, he had already been nominated for an Academy Award, and Romeo + Juliet wasn’t just some teen movie.

Did I expect to get heated about Leonardo DiCaprio’s career in 2020? Absolutely not, but as a child of the ’90s, I feel like it’s my duty to defend our love of Leo and how it spanned from 1994 and beyond. In fact, many of us knew who he was from Growing Pains, where he played Luke from 1991-1992. (I know of this from reruns, because I was a baby, but I did know him from Growing Pains.)

Leonardo DiCaprio, in a lot of ways, was the ’90s’ answer to the Brat Pack of the ’80s. He was the heartthrob that graced magazine covers and had young ones screaming, but he was also an extremely talented actor who made beautifully nuanced films—hence so many of us who loved Leo in the ’90s are now screaming.

So, for my own enjoyment (because I love Romeo + Juliet with my whole heart), here is a series of tweets about this debate all centered around the iconic Baz Luhrmann film that is probably the only version of Romeo and Juliet that I actually enjoy. I say it’s because of the Hawaiian shirt.

imagine thinking leo wasn’t a star after romeo + juliet. IMAGINE BEING THAT WRONG. this introduction gives me chills EVERY FUCKING TIME. a perfect musical cue. the best use of radiohead ever? MAYBE. pic.twitter.com/OHOgKblvSy

Romeo + Juliet made him a star.

Uhhhhh I think you’ll find ROMEO + JULIET had already come out?!?!?!?! (Source: I was a thirteen-year-old girl attracted to men!!!) https://t.co/r8I6nlkwtb

Someone clearly didn’t hear the Romeo + Juliet soundtrack blasting out the top window of every house back in the day https://t.co/rTvR2AOtio

hard to say who became a star first …. Leonardo DiCaprio or Babu Frik?

Leo crossed into star status whilst smoking a cigarette on the beach to “Talk Show Host.” Why is this even a discussion? pic.twitter.com/WRhb4zRMIX

Anyway, there were only a few times in my life when I was extremely attracted to Leonardo DiCaprio, and Romeo + Juliet and this Hawaiian shirt is hands down one of those moments.

So, whether or not you personally knew who Leonardo DiCaprio was before Titanic, this is your history lesson. He was known, he was a heartthrob, and he had already been recognized by the Academy before he and Rose fell in love on a sinking ship. GOOD DAY.