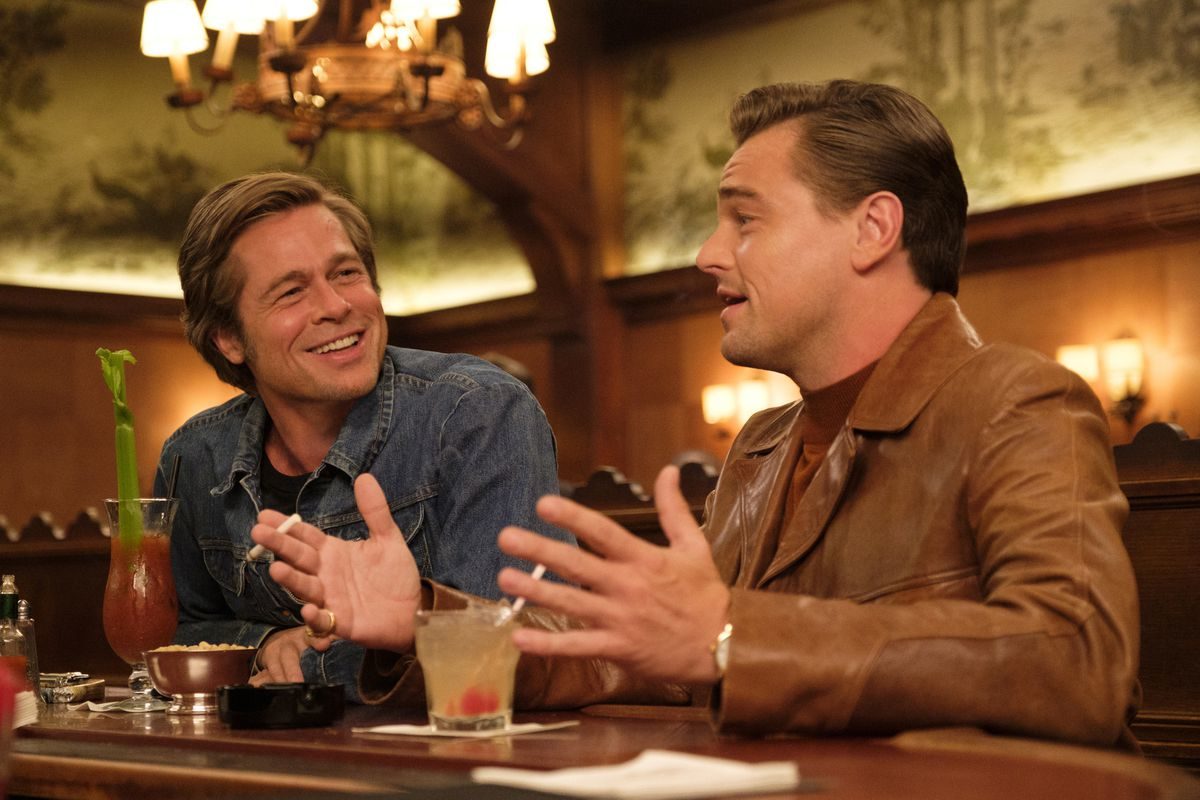 I like Leonardo DiCaprio; I even like older Leonardo DiCaprio better than when everyone was thirsting after him in the ’90s. That being said, I don’t think I’ve ever actively gone to a movie just because DiCaprio is in it, and maybe that’s just me and that’s fine, but what wasn’t fine was this piece from The Hollywood Reporter that dragged down megastars and made it seem as if Leonardo DiCaprio is the only star out there who’s a box office draw.

The piece went on to talk about franchises and how Leonardo DiCaprio has never been in one, making it seem as if that makes him better than those actors who have. Not only does that not make him superior anyway, but the movies he has been in have all been directed by (largely incredibly famous) white men, with the exception of four projects, all from the early ’90s, before Leonardo DiCaprio was … well, Leonardo Dicaprio. I point this out specifically because working with the same high-profile director over and over again (looking at you, Martin Scorsese) would be, in my opinion, considered a sort of franchise.

While we already covered the piece itself yesterday, it was nice to see that everyone spent the night yelling into the Twitterverse about the nonsense that it is, mainly because it’s erasing so many stars out there … for what? Leonardo DiCaprio? Again, I like DiCaprio a lot, I’ve seen almost all of his movies, but that doesn’t mean he’s the only person in this world that anyone wants to go see in a movie—or that he’s the one who’s the box office draw, rather than the mega-famous directors he works with.

Rightfully so, this piece got dragged throughout Twitter because, let’s be honest, there are plenty of actors who can bring in the box office money, many of whom are women and people of color, and shunning those actors in favor of Leonardo DiCaprio for no real reason is not the best of looks.

Lupita won the first Oscar she was ever nominated for, but sure, let’s do this. 🙄

This article is so petty pic.twitter.com/iEn35UkhrM

Leonardo DiCaprio has NEVER starred in a sequel…?

Honestly I hope he does a superhero film, even if it’s a bit role just to make y’all look like the goofies y’all are for publishing this.

A 2 time Oscar winner is now gonna play a vampire hunter, an Oscar winner plays Captain Marvel, JK Simmons won an Oscar and then came back to his role in a superhero film. Choice of role doesn’t dilute acting ability of the actor in question. Maybe chill with the snobbery dude

Anyway, I went down a tangent about it because, within the context of the article, the author decided to point out that Robert Downey Jr. is a “waning megastar.” Yes, the man who just fronted Avengers: Endgame, which is currently the highest-grossing movie of all time. That same man who was a box office draw throughout the ’80s and ’90s and managed to turn his entire career around after his drug abuse and arrest to now, once again, be a household name and one of the biggest stars to date—that “waning” star.

I have issues with this. 1. The idea of the movie star still exists, it just has shifted from the studio system way. 2. Leonardo DiCaprio, while extremely talented, is not the only movie star out there or one that people go out of their way to see. 3. This erases women as stars. https://t.co/Lvsf9rpoWC

anyway i know who i’d clearly rather work with. pic.twitter.com/u9aXEnvI0L

So what’s the harm? There’s a negative impact from pieces like this, because it erases those celebrities that are using their fame to get projects done by people of color and women across the board. Someone like Jessica Chastain, who is of an equal draw in my opinion and also one of our greatest talents out there today, is using her status to make Hollywood a more diverse and welcoming place.

Leonardo DiCaprio keeps working with the same directors over and over again. He apparently had a “no eye contact” rule on the set of Once Upon a Time in Hollywood and was a member of the “Pussy Posse” (yeah, I didn’t forget). So, sorry if I don’t think he’s the “last true movie star” and, if he is, I’m glad we’re moving away from that idea.