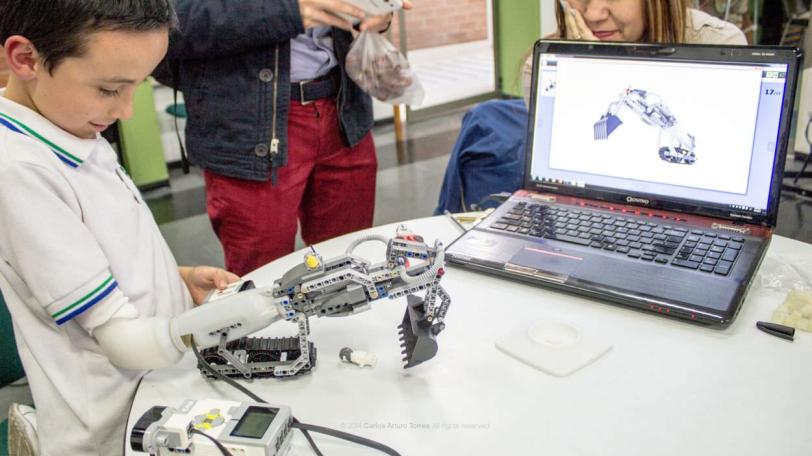 Carlos Arturo Terres Tovar has designed a prosthetic arm at Umeå University in Sweden called IKO that’s compatible with LEGO. The project seeks to encourage kids to build their own prosthetics while also having fun. It also serves to make interaction with other kids easier as they can play with it together. IKO really captures the creative spirit behind LEGOs, giving kids infinite possibilities to personalize their own prosthetics.

Terres Tovar says that he hopes the IKO arm will be a “bridge” between playing and “an everyday functional prosthetic system.”