Animatronic Chess Set Made From 100,000 Legos 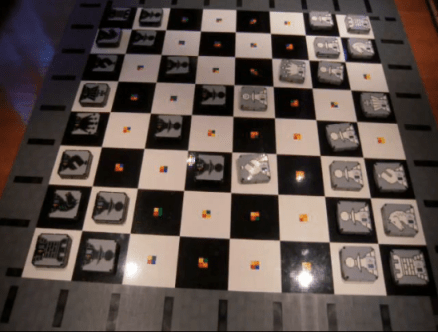 In a project sponsored by Lego Mindstorms themselves, a group called Team Hassenplug has made this incredible motorized chess set and board.  Each piece moves under its own propulsion, play is controlled by a touch screen interface where you can play against a computer or find a human opponent.  If you can find someone willing to play a game of chess using $30,000 worth of Lego pieces.

Lets face it, this is probably the closest most of us will get to playing human chess.

The best thing about this video is that it has every thing you’d want from it.  Make sure you watch the whole thing.  By the time you’re bored with flat pieces, they pause to give you an idea of the scale of the whole board (it is NOT small).  Then, as soon as you think, yeah, this is pretty cool, but 3D pieces would be better, your wish is granted.

Then, a part of your brain says “Well, in Wizard Chess the pieces move,” and, well.  Just watch it.