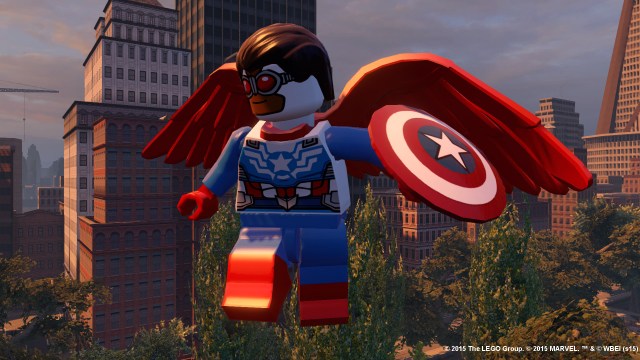 LEGO built some much welcomed Marvel hype when they unveiled some rad new images from LEGO Avengers. Featured are some of the unlockable characters, including two based on a funny Stan Lee/Iron Man combo, and the all-new all-different Sam Wilson as Captain America.

But the big highlight? America freakin’ Chavez! That’s right, she’s totally a playable character in the game, and–wait. Huh. That doesn’t exactly look like her, does it? 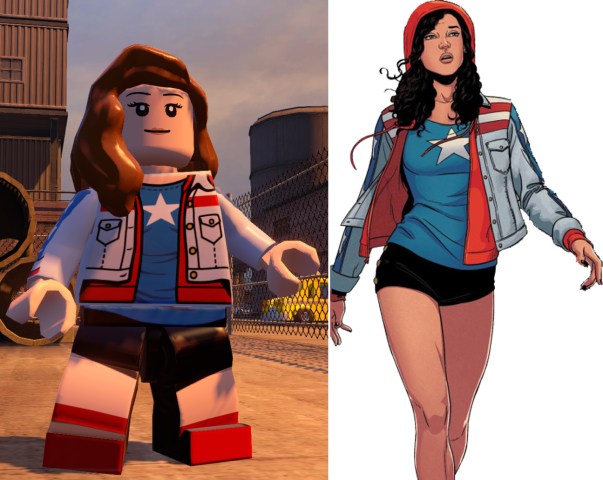 Hm, dang. At first, we were excited. America Chavez in a video game? Hell yeah! A LEGO video game? Okay, sure! Hella whitewashed? Ye–wait, no… what?

Maybe this is just an early build preview or something. Perhaps the final released version will make her skin tone match her actual skin tone and hair type. Don’t get us wrong, LEGO developers. We’re glad she’s in the game. Hell, we’re glad any time America Chavez (or any of the Young Avengers, really) shows up anywhere (cough cough, give us our movie already). But, no. Not like this.

It’s a pretty simple fix, LEGO! You can do it!