Legion and Hellfire May Bring the X-Men to Television…Without Actually Saying “X-Men,” or “Mutant” 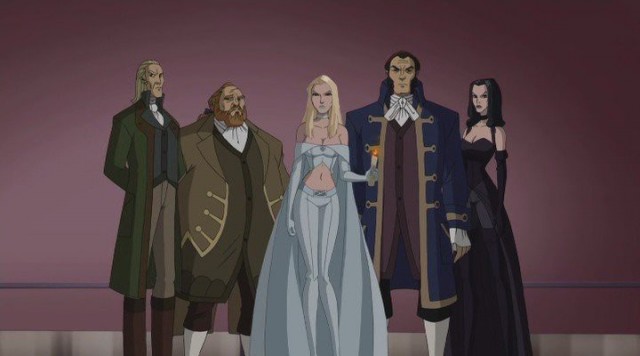 If you love the X-Men, take note! The world of our favorite mutants may be coming to television in two separate live-action television projects! Just, don’t be surprised if you never hear the words “X-Men,” “mutants,” or pretty much any character you know and love mentioned by name. But other than that, it’s totally the world of the X-Men!

Vulture reports that FX has ordered a pilot for a show called Legion, which focuses on the character of David Haller. The official description reads:

After a strange encounter with a fellow patient, he’s confronted with the possibility that the voices he hears and the visions he sees might be real.

Now, as we know from the comics, David Haller is a son of Charles Xavier and has a mental illness that causes him to manifest different identities, each with its own superpower. It’s interesting, then, that the description doesn’t mention Charles Xavier, the X-Men, or mutants at all. Still, the character could be great for television.

My only hope is that they handle the mental illness aspect of the character well. Too often, mental illness is portrayed inaccurately in film and television in order to serve the story – for example, the conflation of Dissociative identity disorder (formerly multiple-personality disorder), schizophrenia, and bipolar disorder, which are completely different from each other, yet are often depicted interchangeably. I also hope that the character is written in a nuanced way, so that the defining characteristic of the character isn’t his illness.

Also being developed, albeit at a much earlier stage, is a show called Hellfire, which tells the story of

[A] young Special Agent who learns that a power-hungry woman with extraordinary abilities is working with a clandestine society of millionaires – known as the Hellfire Club.

Ummmm, could the power-hungry woman be Emma Frost? Again, no actual mention of the X-Men, or specific characters — but this isn’t really surprising considering, the legal disputes between Marvel and Fox. What I hope here is that the Special Agent isn’t male by default. If a new character is being created specifically for the show, can it be a female character, please?

Still, the world of the X-Men is an intriguing world in which to play, and I look forward to seeing it adapted for the small screen, and having the stories of characters like this explored over a longer period of time than a 2-hour movie allows. What do you think? Are you down for some live-action X-Men on TV?