Let's settle this once and for all 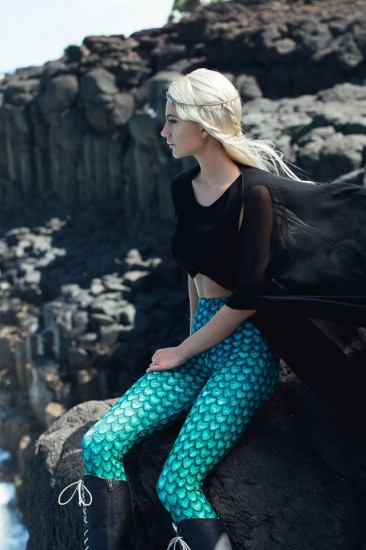 There’s a chill in the air. The days are getting shorter. The leaves have begun to turn. The coziest time of year is almost upon us, and I personally can’t wait for more of fall, the best season. I’ve already had about five pumpkin-based beverages and today marked the glorious occasion of taking my favorite, softest leggings out for their first spin of the season. I’m so excited to be comfy, but I’m not excited for people telling me that “leggings aren’t pants.” Call me weird, but I get annoyed when people tell me what to do with my own body.

Let’s make this clear from the get go: leggings are pants. They are a piece of clothing that goes on your legs. I think that’s the definition of pants. If they’re not opaque, those are closer to tights. But a nice pair of leggings that you can’t see through? Those. Are. Pants. Yes, they are tight and show the shape of my body. Yes, I could wear them to work out or do yoga. They’re still pants and it’s no one’s business if I wear them with a nice sweater or a dress. And I wear them all the time because they’re not just pants. They’re the best pants. There. I said it.

It occurred to me drafting this that maybe some of the people telling women not to wear leggings as pants might be men who just aren’t aware of how incredibly uncomfortable women’s pants can be. They’re tight. They don’t stretch enough. They cut into tummies and hips and ride up or down when we have the audacity to move in them. The sizing is insane: say you’re lucky enough to find a pair of pants that fits in your size. You’d think that if you tried on the same brand, same size and same material in another color it would fit the same. YOU WOULD BE WRONG.

Leggings wouldn’t do that to you. Leggings are kind and gentle with our poor bodies. Leggings understand when you’re bloated or have that really big burrito for lunch. A good pair of leggings goes with anything. Leggings are the truest friend in your pants drawer, so why do so many people get their stretchy knickers in a twist over whether women wear them outside of the gym? By the way, it should be clear that men too have the right to wear leggings as pants or however they like, but all the “legging aren’t pants” discourse I see is aimed solely at women. Why?

You might have noticed, but society takes a lot of ownership over women’s bodies and how we present ourselves. We’re expected to meet a specific, narrow ideal of propriety and attractiveness at all times. We have to look good, but not too sexy, because then we’re sluts. We have to look classy, but not cheap and never comfortable. Society tells us to shave our body hair, wear make-up and squeeze our feet into high heels that are impossible to actually walk in. Also, people are weird about bodies, which is a whole other topic. The whole point of so many clothes rules seems to be to pretend that things don’t exist. It’s taboo for a bra strap to peek out, I guess because someone doesn’t want me to ruin the the illusion that I don’t need something keeping my boobs in check.

Yeah, sometimes you can see the outline of someone’s underwear under their leggings (or other pants), but…you already assumed they were wearing underwear (probably), so why does it bother you? Maybe because it forces the person objecting to see a women as a flawed, human and not a perfect illusion created for their consumption. If you find tight clothes so sexy that you can’t concentrate or whatever, that’s on you. Our leggings are about us,

When women wear clothes that make us comfortable, from leggings to uggs, or commit any number of fashion faux pas, we transgress against a society that wants to keep us in a specific, very uncomfortable box. And so we become the butt of jokes and memes deriding us for simultaneously not conforming to a certain standard of dress yet also conforming too much and being basic bitches. (Don’t get me started on the pumpkin spice jokes, guys. I can’t. Just let people enjoy things).

I just want it to stop. If seeing the imperfect silhouette of a woman with cellulite (which is, spoiler, most of us have) upsets you: that’s your problem. You don’t get to devalue me as a person because I like to wear pants that allow me to bend over and breathe. Leggings are pants, but maybe they’re even more than that. Maybe leggings are feminism in a stretchy, soft form.

As Miranda Priestly reminded us, no one is exempt from the corporate, capitalist supply chain that decides how and what we wear, but we can chose to reject the sexist strictures of design and arbitrary rules about what we can or can’t wear. Sometimes, just wearing something that makes you happy or comfortable, or ideally, both, can be a sort of radical act. A declaration that no one gets to tell us how to dress, or act or be in our bodies. And sometimes it’s just the pair of pants that were clean that day. As long as you’re doing you, that’s what matters.