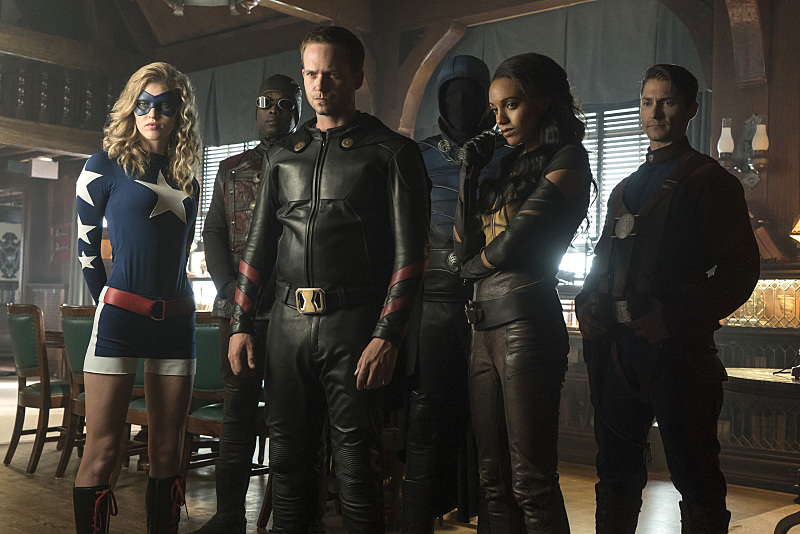 We’ve hit the usual time travel bases so far in season 2 with both dinosaurs and Nazis, but now it’s time for the Justice Society of America to get their due. Come on in to our open thread and talk about last night’s episode of Legends of Tomorrow, but beware of spoilers past this point!

The JSA whooped our heroes in pretty short order at the beginning of episode 2, but things didn’t go so well for them as the episode played out, with the death of Rex Tyler coming at the hands of Reverse-Flash. His parting words (“time traveler”) might give Vixen the wrong idea about who was responsible for his fate, too. What did you think?