DC’s Legends of Tomorrow Introduces the Justice Society of America

Get your first look at this superhero line-up! 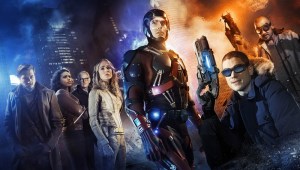 If you watched the first season of the CW’s DC’s Legends of Tomorrow, you know that the last episode ended on a character introducing a name that should be very familiar to comics fans–the Justice Society of America.

Since then, the CW has been teasing fans with info on new additions to the ever-changing cast–including Star Wars: The Force Awakens actress Maisie Richardson-Sellers as a different version of the previously-introduced character Vixen. On Legends, she’ll be playing the ancestor of the Vixen who has appeared on Arrow and in her own animated series–which definitely has the potential to lead to a double-Vixen team-up at some point in the future.

Joining Vixen on the Justice Society of America team will be Hourman (Patrick J. Adams, who was the one to pop up at the end of season one), Dr. Mid-Nite (Kwesi Ameyaw), Commander Steel (Matthew MacCaull), Stargirl (Sarah Grey) and Obsidian (Dan Payne/Lance Henriksen). The CW has released the first official photo of the JSA all together: 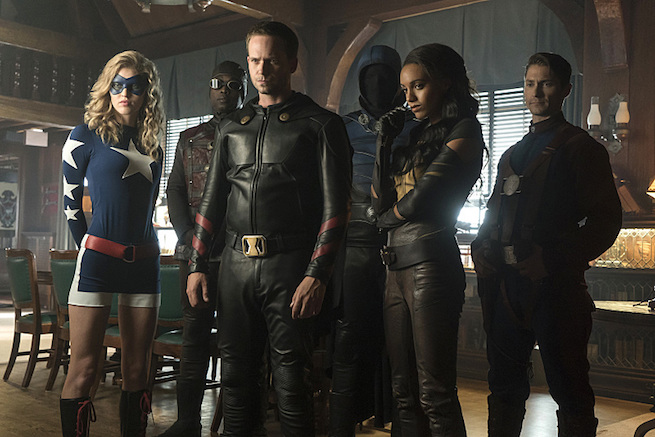 While we know the JSA will be popping up in the second episode of season two, called “Team Work”, there’s also going to be a time-travel aspect involved–this isn’t the JSA of the present, but rather the JSA of a different age altogether:

The Legends travel to Nazi-occupied Paris, but find themselves surrounded by the Justice Society of America (AKA JSA.) The Legends discover a time aberration that threatens the JSA, but the JSA wants nothing to do with them or their help. Nevertheless, the Legends force their way into the JSA’s mission to intercept and seize a mysterious package.

If there’s one thing I love about Legends, it’s that we get to see our superheroes fighting in lots of different time periods–and they have to wear fun period-appropriate clothes while doing it. I love that photo of the JSA, especially Stargirl’a jumpsuit. What are you most looking forward to when DC’s Legends of Tomorrow returns?