That's not what we meant when we asked for legendary Pokémon. 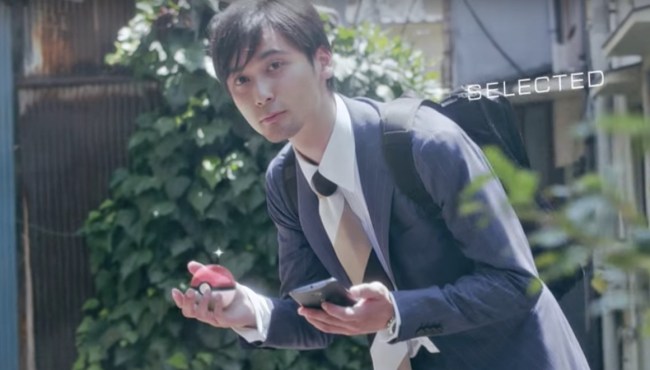 Yes, believe it or not, there is still more news to report about Pokémon GO (which is finally continuing its global rollout!) and, as an extension, Pokémon in general. With all corners of the Internet debating how and when we’ll see legendary Pokémon like Articuno, Zapdos, Moltres, and Mewtwo become available in the game, Legendary Pictures is trying to catch some Pokémon of its own with movie rights.

Pokémon is probably the most successful of Nintendo’s properties to make the jump to TV and movies already with the long-running anime, so it seems like a safe bet for a live action adaptation. It’s been a long time since anyone had a serious desire to make that happen, though, but the breakout popularity of Pokémon GO has rumors and reports flying anew.

Deadline, the source of the news, didn’t really get any details themselves aside from the fact that Legendary (Batman Begins, Jurassic World, Inception, Pacific Rim) is closing in on a deal to produce. It’s easy to see how such a movie would tie in with Pokémon GO, though, as it would likely take Ash’s journey back to the beginning, and the new game prominently features the original roster of Pokémon from that time period.

It’d be a one-two nostalgia punch for a lot of older gamers like myself to have the Pokémon from the Red/Blue games make a comeback both digitally and on the screen, and Legendary has a strong track record that gives me hope. On the other hand, I wonder just how fast they could/would try to get the movie into theaters to best capitalize on GO‘s popularity.

Or, it could all go up in smoke like past rumors about live action adaptations of Nintendo’s games. Nintendo recently clarified remarks about possible new attempts to put its lucrative properties in video format and made it seem like movies weren’t likely, but even they have to be a bit stunned and emboldened by the success about Pokémon GO, so we’ll stay cautiously optimistic on this one for now.