Our Favorite Moments From The Legend of Korra: “Beyond the Wilds” 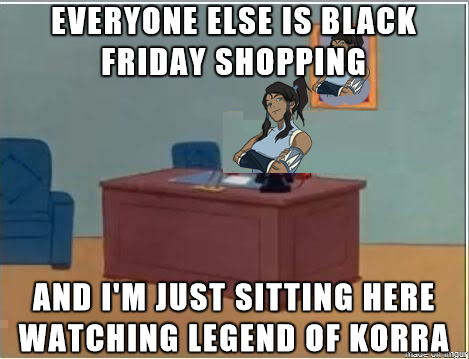 In comparison to last weeks clip-show-fiasco, “Beyond the Wilds” forward momentum was seriously satisfying. The episode did feel a bit rushed, but considering Nick pulled the rug out from under Bryke and the Avatar production team, one can’t give them flack for that. I have a feeling they had to smash two episodes into one which made “Beyond the Wilds” suffer just a bit on pacing.

If anything, there was a bit of frustration that Old Lady Toph still hasn’t shown up. My best guess is that they’re saving that smack down for later. That or Toph’s already on her way to break SuYin and company from Kuvira’s grasp. Perhaps she’s already done it and left a giant crater in her wake! One can dream right?

Tell us your thoughts and theories on “Beyond the Wilds” in the comments!

By day, Carrie is the co-creator, artist, and production coordinator for the webcomic Kamikaze . By night she’s a writer, budding comic nerd, and passionate feminist. Feel free to follow her on Twitter.