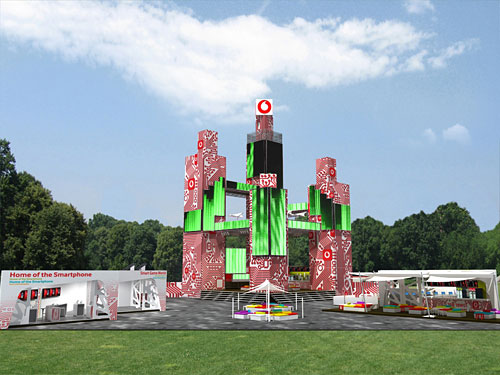 Sziget Fest in Hungary will be featuring a huge kiosk, courtesy of Vodafone, that includes a massive, 250 square meter LED wall on which festival guests can play Rocket Bullet Storm. At ten stories tall, the towers are the largest construction in the festival’s history and the screens, although they’re no 7,500 square meter LED screens, are still pretty impressive at an LED count of around 1.5 million. As if gaming on what amounts to the side of a skyscraper wasn’t enough, the structure also boasts free Wi-Fi, charging stations and a DJ. Here’s to hoping this catches on and achieves bounce house level popularity at street festivals. I want one of these in my neighborhood. Video of Rocket Bullet Storm being played on one of the towers can be seen below.