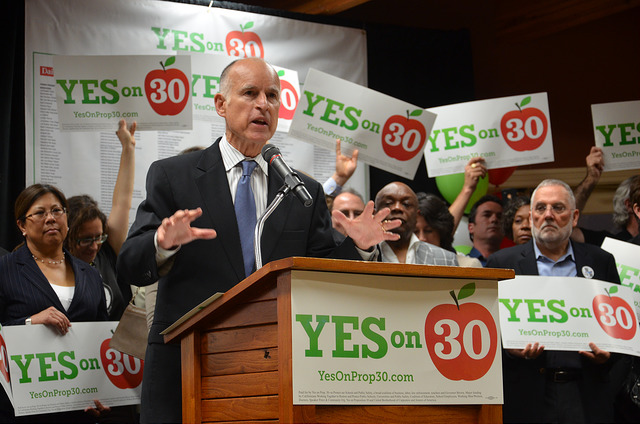 It’s been a hell of a week for rape culture as we’ve all been bombarded with ever-worsening tidbits about convicted Stanford University rapist, Brock Turner. However, there’s also reason to be hopeful today. California governor Jerry Brown’s office announced yesterday that the state will now make it mandatory for high schools to teach students about sexual consent. It’s the first US state to do so.

The new law, which passed the state legislature unopposed in a bipartisan effort, will take effect on January 1st, 2017, and will require all California school districts that have a health class requirement for graduation to incorporate a lesson on affirmative consent. Meaning not just the absence of “no,” but a clear communication of “yes.” This law comes after California became the first state to require colleges and universities to adopt affirmative consent as a matter of policy during campus sexual assault investigations.

In addition to that law, Brown signed a new law mandating all school districts to offer comprehensive sex education courses two times for 7-12th grade. Sex education hadn’t been mandated before now in the state, but a majority of school districts offered it because, you know, it’s kind of important.

Now, while the law takes effect on January 1st, the California Education Department isn’t scheduled to update their health education guidelines until 2018, so we’ll see how this goes. Also, parents would be free to remove their child from part or all of the sex education classes as they see fit, which really bugs me, because if your kid has gotten to seventh grade and you haven’t had the talk with them yet, someone else sure as hell needs to. And if you have so little faith in what you’re teaching your child that you can’t allow it to compete with information from other sources, perhaps you have bigger problems than a sex education class.

Still, these laws are very positive steps forward, and in a state that is home to the schools attended by guys like Brock Turner and Elliot Rodger, they are very necessary. As said by Republican Assemblyman Rocky Chávez, according to iSchoolGuide, “California must continue to lead the nation in educating our young people – both women and men – about the importance of respect and maintaining healthy peer and dating relationships.”

Here’s hoping the rest of the country follows.