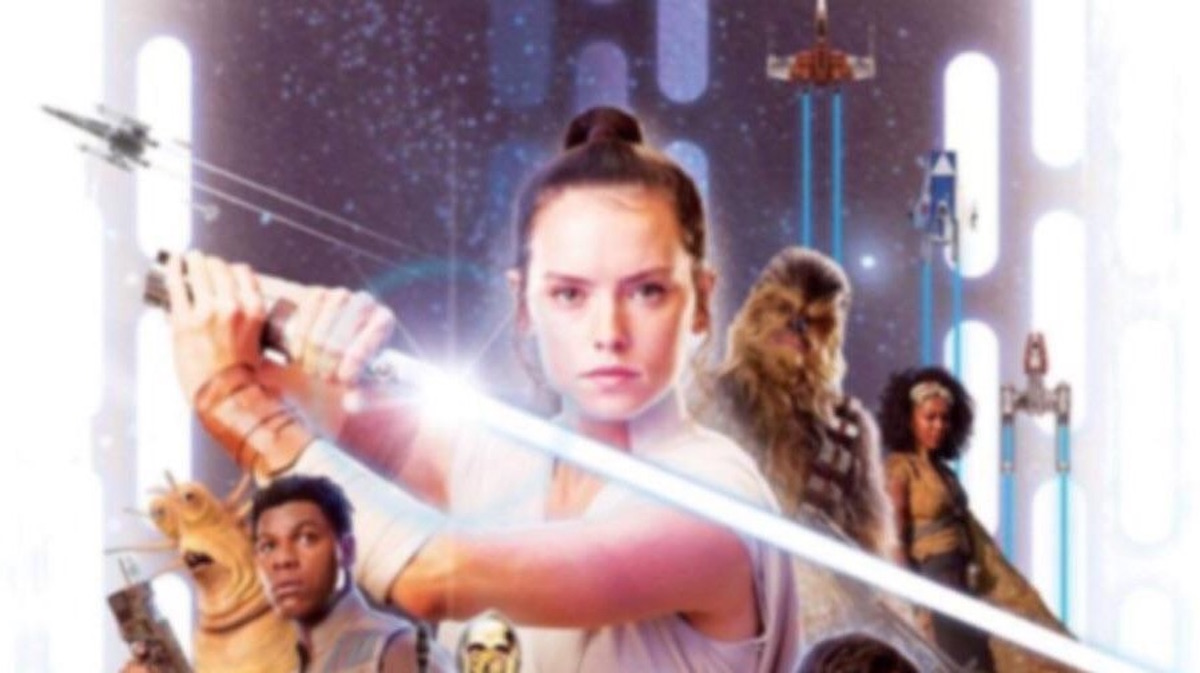 There’s a ton of new Star Wars: Episode IX visuals to feast our eyes upon following a leak of merchandising images. Just to start, we have a Rey—looking quite Padmé-esque—a first sighting of the mysterious Knights of Ren, a glimpse of what’s likely Keri Russell’s character, and much more.

According to Comicbookmovie, this is a promotional poster, or “the sort of thing you’d find being sold in stores or adorning toy boxes. In other words, it’s promo art put together with live-action imagery.” Still, it exudes the striking Star Wars artistic energy we’ve come to know and love for years, and this particular compilation is exciting because we get fresh looks at our favorite characters—and some brand new ones. 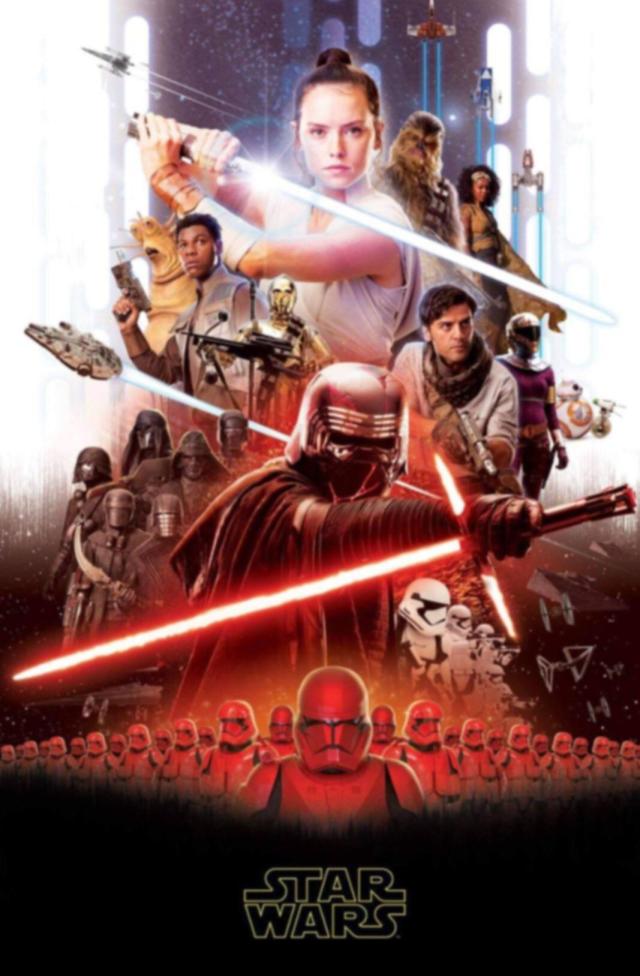 A huge “reveal” is the Knights of Ren clustered behind Kylo Ren, who has regained a helmet. The Knights are a mysterious force (sorry) first mentioned in The Force Awakens but never before seen. Fans speculate that they may be a group of Luke Skywalker’s former students that Kylo absconded with when he burned the training academy to the ground. They’re all wearing what seem to be variations on the Kylo Ren mask and wielding wicked-looking, old-fashioned weapons.

Finn is here sharp as ever, striking a Han Solo pose with blaster, still wearing his boyfriend’s jacket. He’s flanked by … a giant slug person and … C-3PO with a bowcaster?!? Nearby, Finn’s boyfriend Poe is rocking a full-on Resistance fighter outfit, complete with what Mary Sue contributor Clare McBride dubbed his “soft infinity scarf” and gloves, and has frankly never looked better. The masked purple-suited woman next to Poe is Zorii, a bounty hunter likely played by Keri Russell. And standing beside Chewie is Naomi Ackie’s new caped, goggles-wearing character, Jannah.

We know Zorii and Jannah’s names because a subsequent character reveal has sprung up over on /r/StarWarsLeaks:

LANDO!!! It’s so wonderful to see Billy Dee Williams back in the cape where he belongs, and he’s gained a jaunty walking stick.

But we have to talk about Rey. She’s so strong, powerful, and assured in these poses—I can’t wait to see her in action. The white outfit and armband instantly call to mind Padmé Amidala’s costume worn on Geonosis in Episode II: Attack of the Clones. As redditor SenatorWhill commented, “She looks like a Jedi version of Padme!” to which redditor orange_jooze replied, “Or ANH [A New Hope] Luke.” 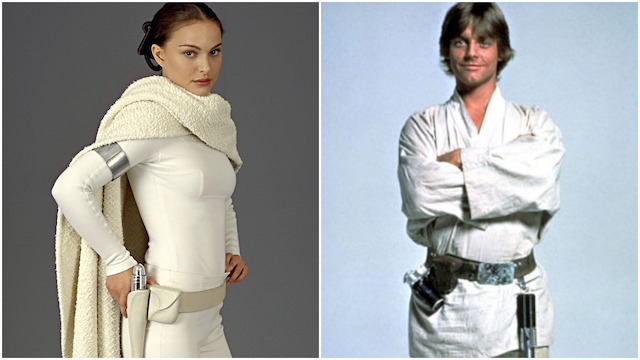 While I’m firmly in camp Rey-Should-Not-Be-A-Secret-Skywalker, the bright tunic is a fantastic contrast to the darkness of Kylo’s ensemble. Even if this isn’t a poster intended for widespread release, I love their dynamic poses in opposition.

This has gotten me riled up for Episode IX, and we’ll likely learn a whole lot more in the coming weeks—Star Wars Celebration con begins April 11th. Episode IX, directed by J.J. Abrams, is slated for release on December 20th, 2019.

Only one glaring question remains: where the kark is Rose?