The worse things get for you, the more money they make. 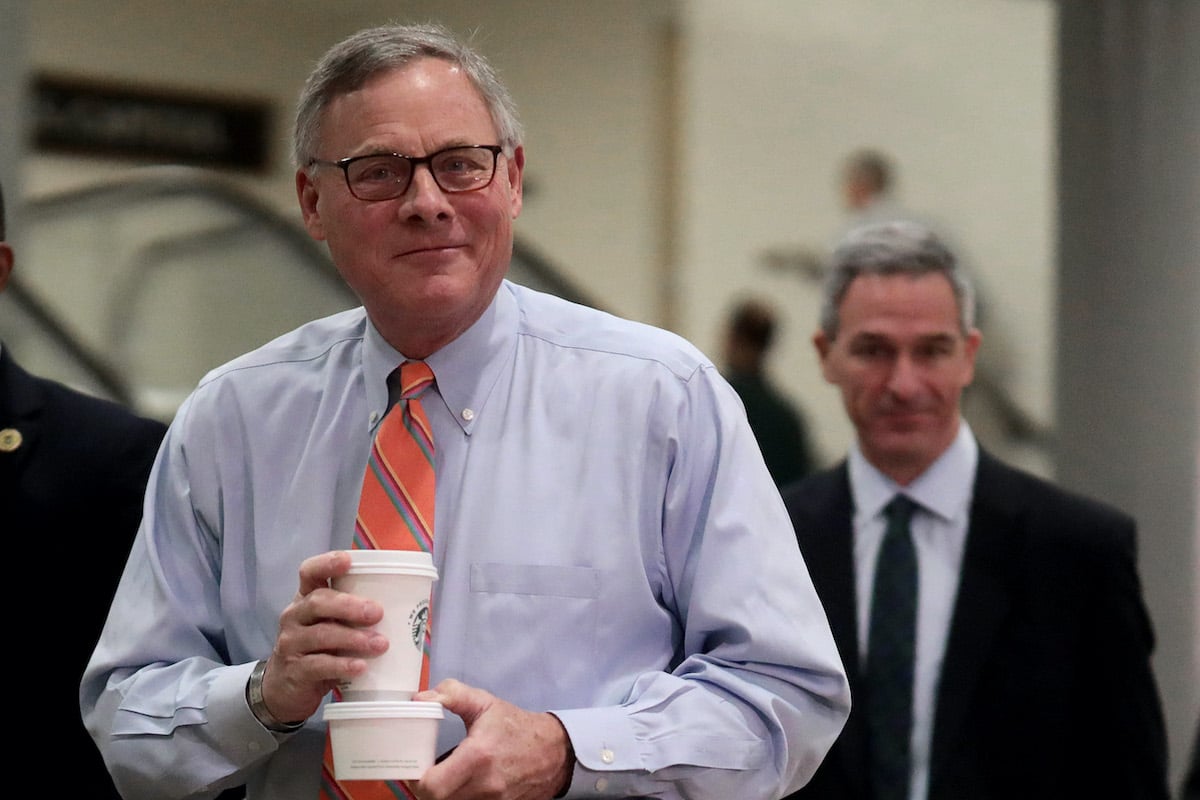 Yesterday, we learned about North Carolina Senator Richard Burr’s decision to essentially sell off information regarding the severity of COVID-19 to his wealthy friends and donors while simultaneously downplaying the danger of the virus to the public. At the same time, according to reports from ProPublica and other outlets, Burr also dumped up to $1.7 million worth of stocks (an amount estimated to be his entire net worth) about a week before the markets began to plunge—again, all while telling the American public that things were going to be just fine.

Burr wasn’t the only Senator to dump huge amounts of stock after being briefed on the coronavirus but well before the markets were being affected. Georgia’s Kelly Loeffler and Oklahoma’s Jim Inhofe—both Republicans—as well as California Democratic Senator Dianne Feinstein, all also reportedly sold significant amounts of stocks after the closed-door briefing.

There have been some reports that this might not be as nefarious as it seems—that these dealings were likely done by the lawmakers’ financial advisers, possibly without their knowledge at all, and that those experts would have had reason to believe the market would be taking a substantial drop soon.

Inhofe was also selling stock in the days *before* that coronavirus briefing. And though all the ones he purchased in its wake did indeed fall, there was reason to believe that, say, PYPL would do well in an economy where people fear cash and are making lots of online purchases pic.twitter.com/OhnsUjTAgu

Some of those arguments are easier to believe than others.

So @SenatorBurr wants us to believe that when he sold stocks that constitute nearly his entire net worth, he shut off the side of his brain that receives Top Secret intelligence briefings and just relied on hot takes from Jim Cramer and the Mad Money gang. Ok buddy. https://t.co/tvdBIzhvcQ

To make all of this so much worse, it turns out that Burr and others weren’t just selling stocks to protect their existing wealth. They also bought stocks in the few industries that would be set to see their prices soar during a global health pandemic.

My opponent Sen. Perdue was briefed on the severe threat of COVID-19.

Instead of warning us, he downplayed the threat, sold casino stock, & bought up to $260,000 in pharma stock.

If this isn’t a crime, it should be. Donate to kick him out of the Senate: https://t.co/GwoLTQ1CQr

“One of Senator Loeffler’s two PURCHASES was stock worth between $100,000 and $250,000 in Citrix, a technology company that offers teleworking software and which has seen a small bump in its stock price since Loeffler bought in as a result of coronavirus-induced market turmoil.” https://t.co/NkVLAgsUs1

The dumping of stocks to protect their wealth is one level. For Perdue to then purchase pharma stocks, on the expectation millions will get sick and Big Pharma profits will soar, is another level of darkness.

How can he vote with clean hands on pandemic legislation?

To be clear, Sen Loeffler not only dumped stock, illegally using non-public information (allegedly), she used the proceeds to buys stock in a TELEWORKING SOFTWARE company, profiting off the #COVID19-induced collapse of the economy. https://t.co/H2EUBSUDL6

If you find out about a nation-threatening pandemic and your first move is to adjust your stock portfolio you should probably not be in a job that serves the public interest.

So at worst, these lawmakers learned about the dangers knocking at America’s door and their instinct was to dump their stocks, buy new stocks in areas that would make them more money the worse things got for the rest of us.

At best, even if all of this was done by their advisers without their direct interference, this shows that politicians have always been in a unique position to be able to profit off of the misfortune of their constituents.

When life gives you lemons, it means the GOP sold all their lemon stock three weeks ago.