The Walking Dead Could’ve Been a Zombie Procedural at NBC

Also: they originally wanted to get rid of the zombies. 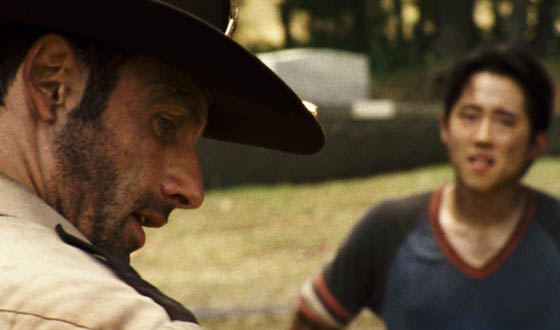 Here’s an interesting story: if The Walking Dead had ended up on a different network, it could’ve been a completely different show.

At a masterclass for the Edinburgh International TV Festival, TWD executive producer Gale Anne Hurd revealed that Frank Darabont had initially presented the first script to NBC before the show was later picked up by AMC. Their first note? In Hurd’s words, it was, “Do there have to be zombies [in it]?” Their second was to ask Darabont if the show could instead be a crime procedural wherein the two main protagonists would “solve a zombie crime of the week.”

As a network, NBC is definitely no stranger to the procedural genre. In fact, one might say they’ve embraced it wholeheartedly, from the various incarnations of Law and Order to the various factions operating out of Chicago (I think there’s Fire, P.D. and Med now?). It’s interesting that rather than choosing to pick up an adaptation that would have been closer to Robert Kirkman’s comic book series, they wanted to shape and mold the show into something more like Law and Order: The Walking Dead.

It’s always fun to speculate about what could have been. Maybe NBC’s version would’ve wound up like something along the lines of virtuous lawman Rick and renegade hunter Daryl forming an unlikely partnership to investigate zombie-related crimes and misdemeanors–because you know those crazy walkers are always up to something! (Special guest: Ice-T.) Anyway, it’s never too late for a parody somewhere down the line.