Laurie Hernandez Literally Flips Over Her Dancing With the Stars Partner

I'm already rooting for her. 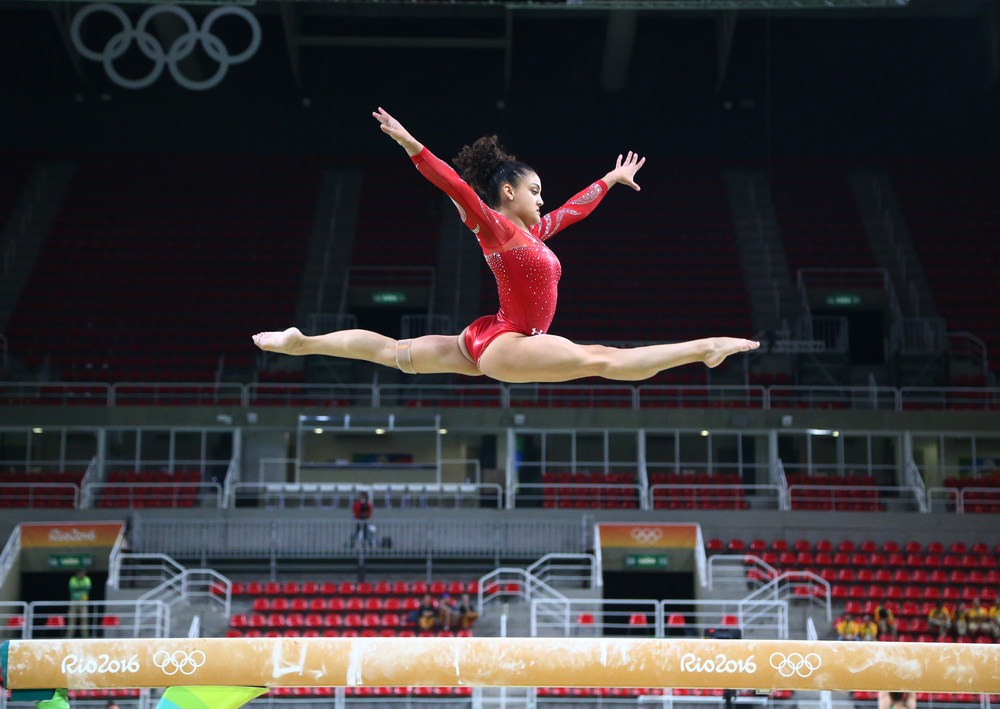 In case you missed any part of the epic U.S. women’s gymnastics portion of the 2016 Rio Olympics, you should know that the Olympic team (which consisted of Laurie Hernandez, Simone Biles, Gabby Douglas, Aly Raisman and Madison Kocian) absolutely dominated the competition this year.

Hernandez won gold beside her teammates in the all-around competition, but she also walked away with a silver medal for her performance in the balance beam event. She won over audiences with her floor routine, her infectious enthusiasm and her self-pep talk which was caught on-camera moments before she practically danced across that balance beam. Her recent opening pitch at a New York Mets game was also an impressive feat.

Now, she’s taking her athletic prowess to a new competition–ABC’s reality dance show Dancing With the Stars. In a new video from E! News, Hernandez meets her professional dance partner for the first time–Val Chmerkovskiy–and her reaction is super endearing. The best part is that they both seem equally excited to be paired with one another, and you have to watch to the end where Hernandez teaches her new partner some of her floor routine choreography:

Hernandez won’t be the first gymnast to have competed in Dancing With the Stars, let alone the first Olympian; Hernandez’s teammate Aly Raisman has also vied for that mirrorball trophy in the past, eventually finishing in fourth place. In addition to Hernandez, swimmer Ryan Lochte will be the other Olympian from Rio on the show’s twenty-third season. No offense to the other competitors, but I’m already rooting for Team Valaur.