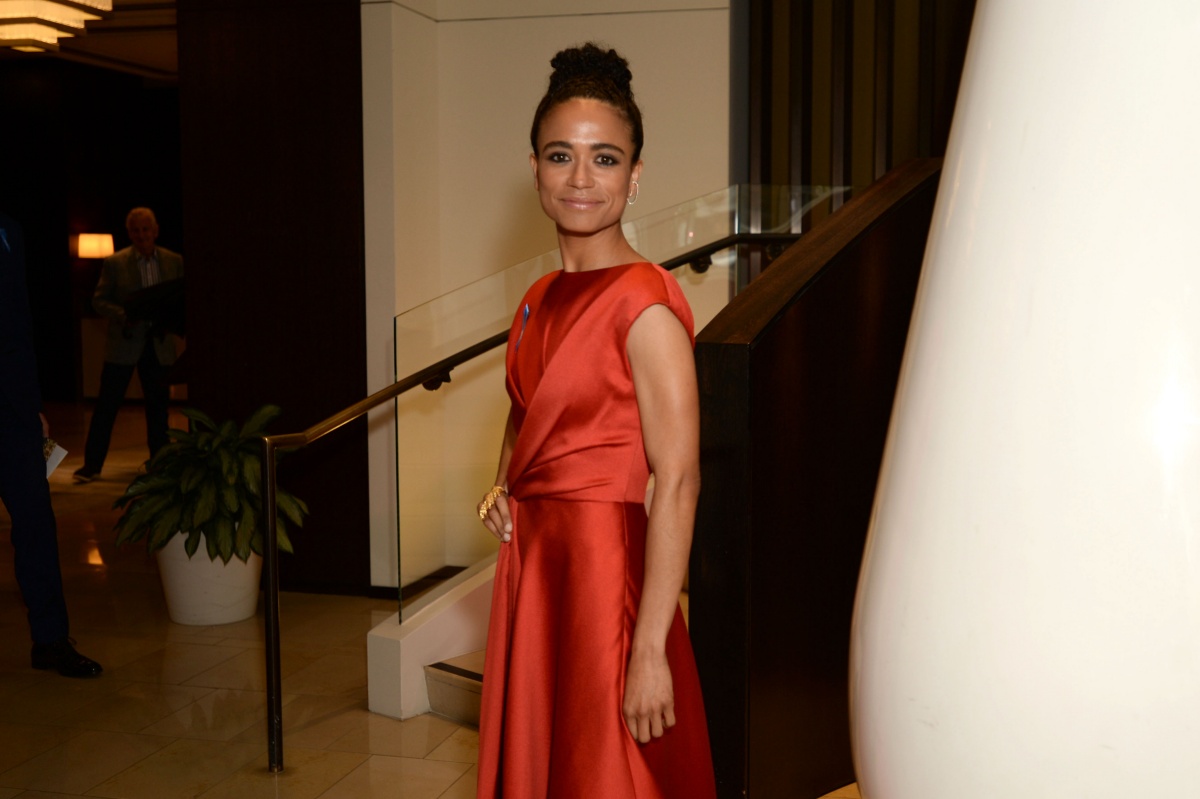 Lauren Ridloff will make history as the Marvel Cinematic Universe’s first deaf superhero in Eternals on November 5, a role that comes with huge mainstream attention, but also brings to life the ways Hollywood has failed to be inclusive to deaf actors and audiences.

Ridloff plays the role of Makkari, a character whose comic book incarnation doesn’t resemble the actress at all, something she is aware of as she spoke to The New York Times.

“To be honest, I don’t know much about how they made that decision,” Ridloff said. “But I love that they decided to make Makkari everything he’s not in the comic books — he’s a huge guy, let’s find someone tiny. He’s blond, let’s find someone who has Black hair. He’s a man, let’s go with a woman. He’s hearing, and now the character’s deaf.”

Yet, despite being hired and asked to be part of the film, there were still some issues on set with people not realizing the resources and support needed when working with deaf actors, beyond an interpreter

“In some scenes, I had to face a wall. As a deaf person, how do you cue me?” Ridloff explained. “At one point, I was sharing my frustration with Angie — Angelina Jolie — at a holiday party after a day of shooting. And she immediately made a suggestion — why don’t we use a laser pen that special effects can easily erase? It was an “Aha, wow” moment. Whenever I’m looking at a wall, the interpreters would use a laser pen to make a circle on the wall — “rolling, rolling, rolling” — and once it went away that meant, “Action!””

While it is amazing that Angelina Jolie was able to come up with a solution, it should not be on deaf actors and their costars alone to come up with solutions. Marvel will be getting a lot of credit for this inclusive casting choice, but what does it say when you are not prepared to handle the realities of what it means to work with deaf talent? Especially because it sets an unfair burden on deaf actors who are already dealing with the stigma of being cast in these roles.

“I got to set believing that I had to show how easy I am to work with as a deaf person,” Ridloff said. “I was concerned about seeming too fragile. But after working with others, I realized everyone has their own unique set of challenges, and that I need to think about what I need to deliver as an actor, and don’t apologize for it.”

HBO Max’s Titans, while having their own issues, have seemed to have done a good job with inclusive casting, from Savannah Welch as Barbara Gordon to Chella Man as Jericho. Welch is an amputee playing Barbara Gordon, who was paralyzed in the comics for a time, becoming a wheelchair user. Man is a transgender, deaf, biracial actor who played Jericho, who is non-vocal in the comics.

When asked what else Hollywood and media need to be doing to help not just deaf actors, but audiences, Ridloff pointed out how subtitles are so important.

“Hollywood needs to take the lead on subtitling ads, trailers and those cute little interviews with clips that celebrities do promoting their movies. Another thing I’d like to see improve is the specifics of audio description,” Ridloff said. “It’s not enough to see ‘music is playing’ in a scene — what kind of music is it? Happy? Scary?”

She continued to explain: “We’re an afterthought in movie theaters, and that needs to change. You have to use a special closed-captioning device to watch subtitling in a theater, and it’s a headache, because most of the time the devices don’t work. Then you have to go back to the front desk and find somebody to help, and by the time they figure it out that it’s not working — that it’s not going to be subtitled at all — the movie’s halfway done. Then you get, ‘Well, how about I give you a free ticket for the next movie?’ And I’m like, ‘Are you kidding me?’ That doesn’t fix the problem.”

We saw this problem when Daredevil came out and there were issues with the audio description on a show about a blind superhero. We have a long way to go, but with works like Eternals and, of course, movies like CODA, which normalize deaf communities, things are getting a bit better.