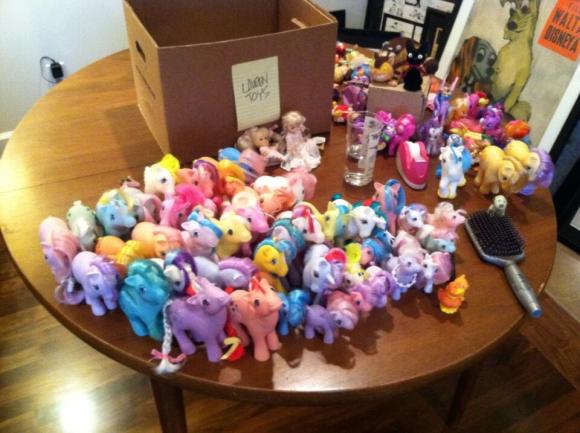 It’s one thing when an adult faces the fact that it’s time to put those childhood toys in indefinite storage. It’s quite another when the adult crafted an immensely popular television reboot of those toys. Lauren Faust, creator of My Little Pony: Friendship is Magic, tweeted her preparation of the toys for storage, including pictures of the classic MLP characters who inspired the modern ones.